"A horrible tragedy": in Texas, 46 migrants found dead in a truck

A truck carrying migrants was discovered Monday with 46 bodies in its trailer in San Antonio, Texas (southern United States), after a hot day, and three people were arrested, authorities said. The tragedy comes five years after a similar tragedy in the same city. 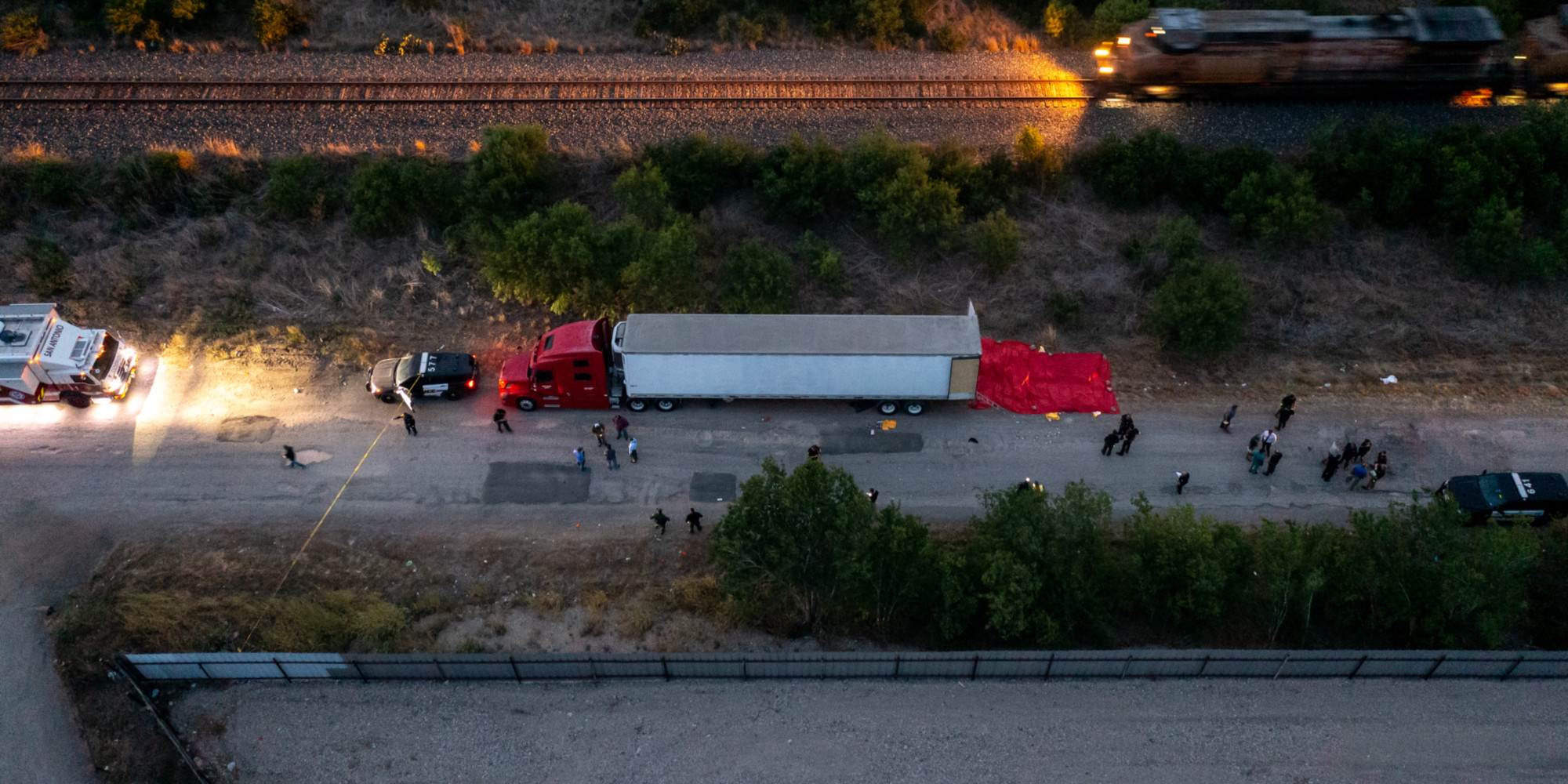 A truck carrying migrants was discovered Monday with 46 bodies in its trailer in San Antonio, Texas (southern United States), after a hot day, and three people were arrested, authorities said.

The tragedy comes five years after a similar tragedy in the same city.

A drama of immigration to the United States.

At least 46 migrants have been found dead in an abandoned tractor-trailer in the suburbs of San Antonio, Texas, after a hot day.

This region located 200 kilometers from the Mexican border is a hub of illegal immigration in the southern United States.

The authorities also favor the trail of human trafficking.

The tragedy, one of the worst in migration in recent years, comes five years after a similar tragedy in the same city, where ten illegal immigrants lost their lives in an overheated trailer.

“We have so far taken care of approximately 46 bodies,” said Charles Hood, the city’s fire chief, during a press conference held at the end of a day when the temperature approached 40°C. .

Sixteen people, twelve adults and four children, were taken care of and were "conscious" when transported to nearby hospitals, he said.

At present, we do not know the nationality of these migrants, who died overwhelmed by the heat inside this vehicle.

Trucks such as the one found in San Antonio, a large city in Texas about 240 km from the border with Mexico, are a means of transport frequently used by migrants wishing to enter the United States.

Such a trip is extremely dangerous, especially since these vehicles are rarely air-conditioned and their occupants quickly run out of water.

"The patients we saw were hot to the touch, they were suffering from heat stroke, heat exhaustion, no water was found in the vehicle," the fire chief said.

The mass grave was discovered by an employee of a nearby company.

He said he heard calls for help from this truck, found on a small road.

Three people have already been arrested and the investigation entrusted to the federal authorities, whose main mission will be to identify the victims.

The tragedy takes a political turn

Republican Governor of Texas Greg Abbott immediately seized on the tragedy to blame it on Democratic President Joe Biden.

“These deaths are (the responsibility of) Biden. They are the result of his deadly policy of open borders,” he attacked.

The arrivals of illegal migrants increased sharply after the election of Joe Biden, although the latter has been trying since his arrival at the White House to stem the migratory influx by entrusting this thorny file to his vice-president Kamala Harris.

In July 2017, a similar tragedy had marked the spirits: ten migrants had died in an overheated trailer parked in a supermarket parking lot near San Antonio.

At the time, the immigration services indicated that the temperature in the trailer, where dozens of migrants had taken place, could have risen to 65°C.

The driver of the truck, who claimed not to have noticed that he was transporting around 100 people in his trailer, was sentenced in April 2018 to life without the possibility of parole.