Deprived of ranking points and some of the best players, Wimbledon remains the most prestigious tournament of the year and on Monday relaunches the record race between Rafael Nadal and Novak Djokovic,… 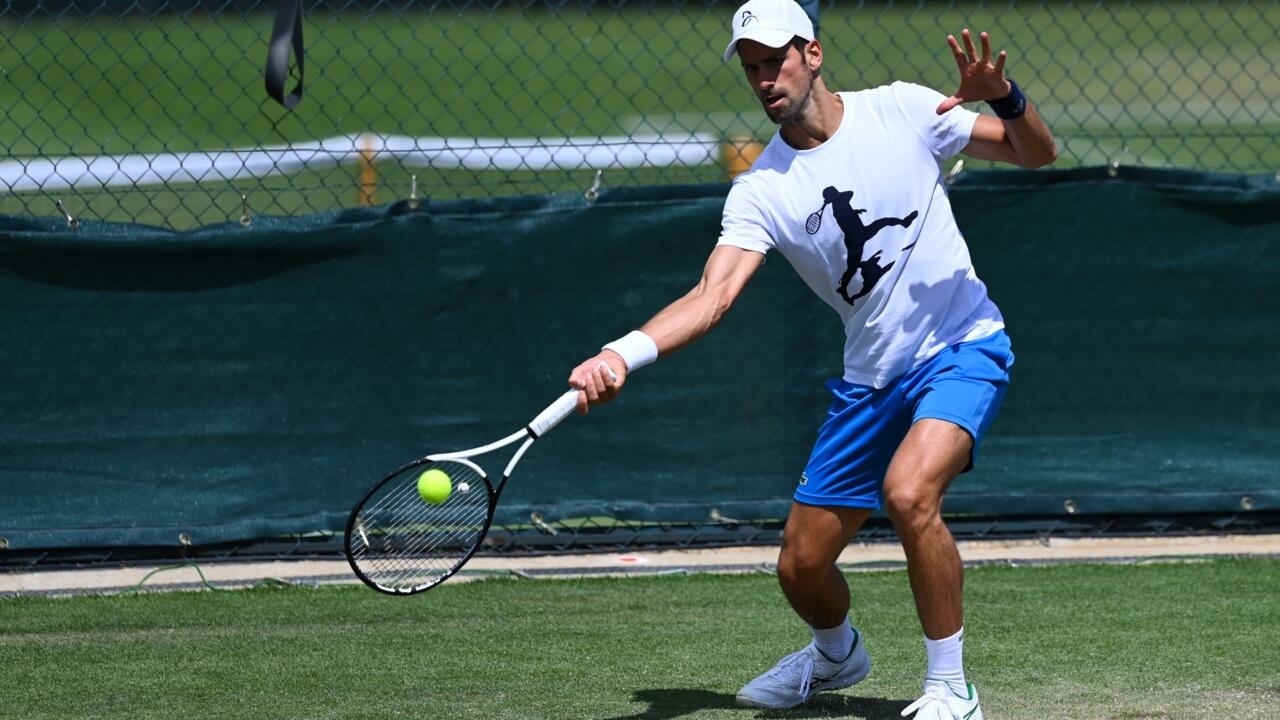 Among the ladies, in the absence of defending champion Ashleigh Barty who has since retired, Iga Swiatek's imperial march could perhaps be disrupted by the surprising return of Serena Williams.

Wimbledon having excluded Russian players, including world No.1 Daniil Medvedev, and Belarus players due to the invasion of Ukraine, the ATP and WTA refused to award ranking points to the tournament.

So that without playing, Medvedev is sure to remain world No.1 at the end of the Major on grass which does not succeed him well in general, while Novak Djokovic, descended to 3rd place ATP after being prevented from defending his title at the Australian Open for lack of an anti-covid vaccine and after losing in the quarter-finals at Roland-Garros where he was also defending his title, will fall further even if he wins this tournament on July 10... for the fourth times in a row, which only Borg, Sampras and Federer (5 consecutive each) have achieved in the Open era.

But Wimbledon is the temple of tennis and, points or no points, the title will have the same sporting-historical value: Nadal will try to win his 3rd Major in a row (after the Australian Open and Roland-Garros), a 23rd Grand Slam title to extend his record, while Djokovic will be looking to claim a 7th London title and clinch a 21st Major.

"Rating points are important, but for me they are less so than they were until recently," assured Djokovic.

Matteo Berrettini, finalist last year and unbeaten this season on grass where he won in Stuttgart and Queen's, seems to be the only one who can prevent a 60th duel between Djokovic and Nadal, the 30th in the final.

The Italian would find the Spaniard in the semi-finals at the bottom of the table while the Serb is at the top.

Where are Nadal and Djokovic?

If they are favorites, Nadal and Djokovic do not however present all the assurances: the Spaniard is on top mentally after winning the first two Majors of the season, but remains under threat from his pain in the left foot, while the Serb is on top physically but will have to fight psychologically, he who is going through a nightmarish season.

Due to lack of vaccine, he has played very little this season, only starting in Dubai then missing Indian Wells and Miami, before returning to Europe on clay where he won Rome but lost in half in Madrid and in quarter at Roland-Garros.

"As far as tennis is concerned, the first six months of the year have been incredible. I'm savoring it all the more because it was unexpected. And now I have to continue if my body allows me to," said Nadal who is eyeing a third Wimbledon title after 2008 and 2010, but hasn't played there since losing the semi-finals in 2019.

During this time, Djokovic remained undefeated there and displayed his confidence.

"I've won Wimbledon before without playing a preseason tournament. I learned to adapt quickly on the surface, so I have no reason to think I won't do it again," he said. he asserted.

One of his strengths is his flexibility which allows him to fear slips on the grass less than the rest of the plateau and in particular than Nadal and his bruised body.

And mentally, he assures that the prospect of not playing the US Open at the end of the summer, because he remains adamant on his refusal of the anti-covid vaccine, gives him "additional" motivation at Wimbledon.

It's the chef's surprise: we weren't really expecting her on a court anymore, but Serena Williams, beneficiary of a wild card, will make her return to competition in singles.

"I hope she will fall on Iga (Swiatek), to slow her down a bit", launched the Tunisian Ons Jabeur (3rd in the world) when the 40-year-old American player announced her return and in reference to the unstoppable world No.1 who has won the last six tournaments she has played (Doha, Indian Wells, Miami, Stuttgart, Rome, Roland-Garros).

The 21-year-old Polish therefore arrives on a current series of 35 victories and as the favorite of a tournament in which she is participating for the third time and where her best result is the round of 16 reached last year.

Without Gaël Monfils, last minute package, there will be 18 French people (10 men and 8 women) competing in the final draw.

Benjamin Bonzi (56th), semi-finalist in Eastbourne this week, and Caroline Garcia (55th), winner in Bad Hombourg, are the Habs in the best shape of the moment.