Coming from qualifying and for his first participation, Enzo Couacaud came close to a feat against John Isner but did not pass, while Caroline Garcia came close to disappointment before finally… 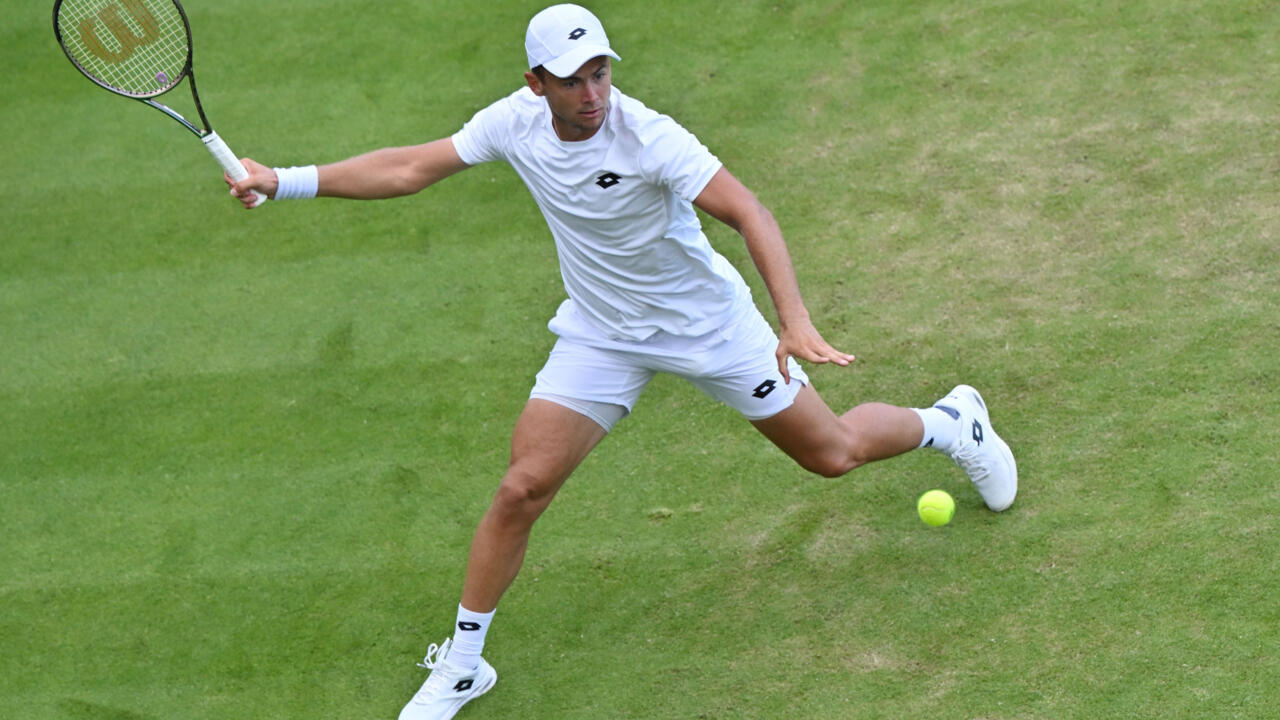 Of the eight French people competing on this first day of the Major on grass, five passed.

Océane Dodin's match against Jelena Ostapenko, semi-finalist in 2018, was postponed to Tuesday due to rain.

The 24-year-old Frenchman, who reached the round of 16 in his first appearance in 2019 but lost in the first round last year, will face Norway's Casper Ruud (6th), a finalist at Roland-Garros earlier this month. and clay court specialist.

For his first participation, Halys therefore climbs to the second round - his best Grand Slam result already achieved twice, in 2016, in Australia and at Roland-Garros - where the Georgian Nikoloz Basilashvili (26th) awaits him.

In the next round, he will be opposed to the American Tommy Paul (32nd).

The sequel, however, risks being even more complicated for the 28-year-old Frenchwoman, since she will face another Briton in the next round, Emma Raducanu (19th), surprise winner of the US Open last year.

In the next round, she will face the Japanese Mai Hontama (139th).

The 27-year-old Frenchman had passed the three qualifying rounds and fought to the end against Isner, but gave in to 54 aces and 97 winning blows from his opponent.

The picture is much darker for Benoît Paire and Kristina Mladenovic who are definitely unable to regain their stature as leaders of French tennis.

Benoît Paire couldn't do anything against Quentin Halys in the first round of Wimbledon, June 27, 2022 SEBASTIEN BOZON AFP

In 17 tournaments this year on the ATP Tour, Paire has won only three matches: one in Geneva in May and two at the Australian Open in January.

After his failure in the first round in Stuttgart in early June, he spoke of a "tennis break for an indefinite period".

On June 20, however, he joined the Challenger (2nd division) in Milan where he again lost in the first round.

"I didn't have a very long physical autonomy. I haven't played much since Roland-Garros," he explained on Monday.

"I knew it would be complicated, but there was money to take (60,000 euros) in this exhibition (Wimbledon does not distribute points this year, editor's note). What is a shame is that there was a good check in the second round", he declared between frankness and irony, explaining then to make "a rejection" of tennis at the moment.

As at Roland-Garros where she had yielded from the start and on the same score against the Canadian Leylah Fernandez (18th), finalist of the last US Open, the 29-year-old Frenchwoman was completely overwhelmed in the first round before showing herself. more effective in the second, but to no avail.