Robot attack on a shopping center in Krementjuk

Russian robots have hit a shopping mall in the Ukrainian city of Krementjuk on Monday. At least 10 people have been killed and more than 40 injured, according to Dmytro Lunin, governor of the Poltava region. "It is pointless to hope for decency and humanity from Russia," wrote President Volodymyr Zelenskyj on Telegram. 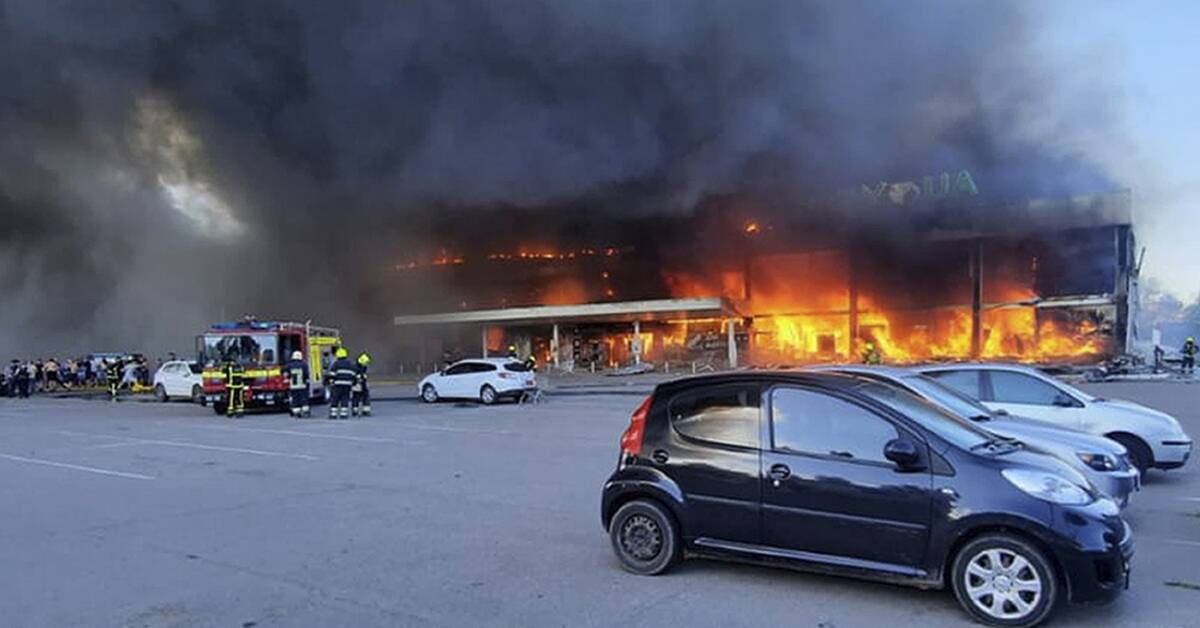 According to President Zelensky, more than 1,000 civilians were inside the mall at the time of the attack.

"The mall is on fire, rescue workers are fighting the fire, the number of victims is unimaginable," the president wrote on Telegram earlier on Monday afternoon.

At the same time, the President emphasized that the mall did not pose a threat to the Russian army and that the site had no strategic value for Russia.

According to the Ukrainian Ministry of Defense, the time of the attack was chosen to coincide with the time of day when most people visit the mall and the robots are said to have been fired from bombers sent from the Kursk region in western Russia, the Ukrainian Air Force reports, reports TT.

According to Governor Dmytro Lunin, ten people were killed and 40 injured in the attack.

At the same time, he points out that rescue workers will most likely encounter more dead in the coming days.

He calls the attack on the mall a "war crime", a "crime against humanity" and a "cynical terrorist attack on the civilian population".

The UN also expresses concern about the intensified fighting in Ukraine.

Stephane Dujarric, a spokesman for the UN, described Monday's attack as "deplorable".

- It is deplorable to say the least.

All forms of civilian infrastructure, which include shopping malls and civilians, should never be targeted, he says, reports Reuters.

The city of Krementjuk is located in central Ukraine and usually has around 220,000 inhabitants.