The political dialogue between the government, political actors and civil society opened on Monday at the invitation of Prime Minister Mohamed Béavogui. 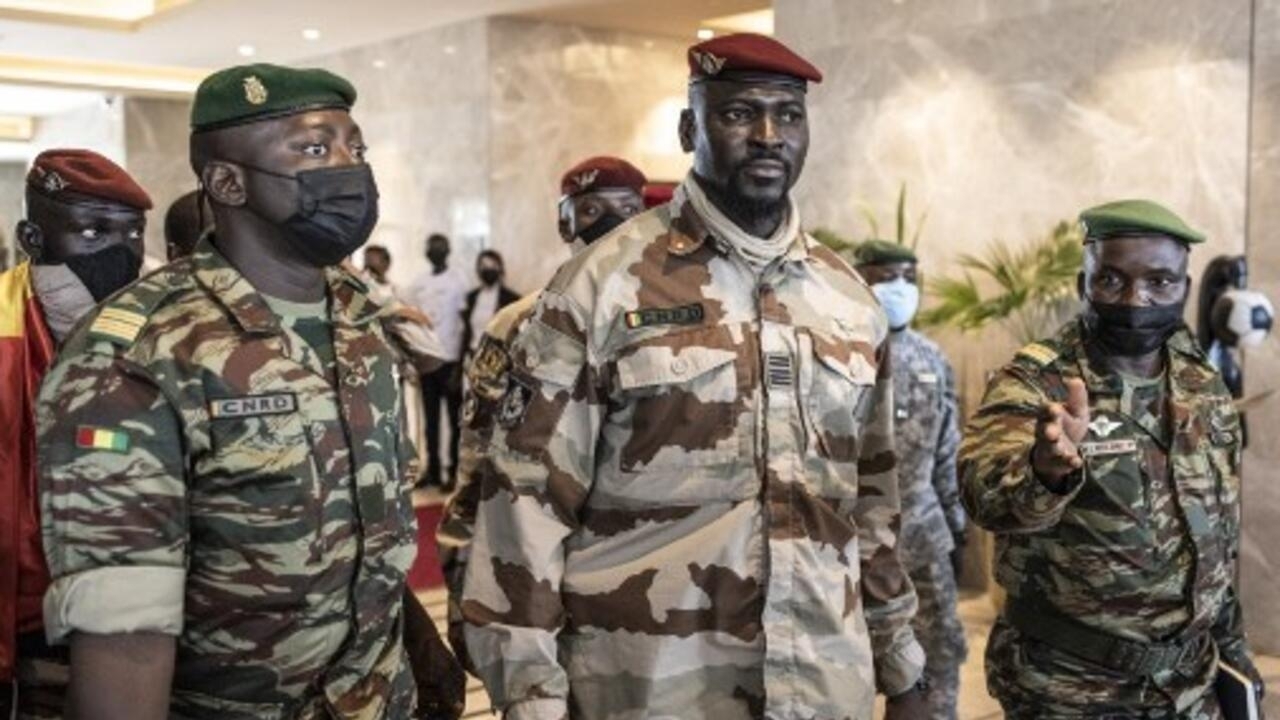 Colonel Doumbouya surrounded by members of the CNRD.

The political dialogue between the government, political actors and civil society opened on Monday at the invitation of Prime Minister Mohamed Béavogui.

With our correspondent in Conakry

It was in front of an audience of political personalities, civil society, religious and diplomats accredited in Guinea that

to allow Guinea to move forward

", according to the head of the Guinean government who says he wants to get out of the military transition started since the coup d'etat which overthrew former President Alpha Condé on September 5th.

From the outset, he affirmed his commitment to lead with everyone "

an open, inclusive and constructive exchange

He indicated that today, it is a question of "

laying the foundations of a credible, peaceful, just and united society around values ​​in order to build democratic, solid and credible institutions which will resist time and the temptation of men

Several speakers then intervened, including the FNDC,

the front that fought against the former regime of Alpha Condé

Its spokesman, Mamadou Billo Bah, reiterated the demands of his movement, including, among other things, the creation of a permanent framework for dialogue in accordance with the charter of the CNRD, the governing body of the junta, placed under the auspices of a mediator appointed by the international community and respect for human rights.

and the political wing of the FNDC agreed to respond to the appeal of the head of government, without being convinced of the continuation of the debates, said one of them.

The RPG, the former ruling party, and its allies simply boycotted the meeting.

They demand as a prerequisite to any participation in a dialogue, the release of their imprisoned leaders.

At the end of this day of dialogue, the president proposed to all the participants to consult their base and

come back with concrete proposals