France: in the National Assembly, the battle for key positions has begun

In France, the 577 newly elected or re-elected deputies make their official return with the first public session in the Hemicycle on Tuesday afternoon June 28. On the program: the election of the president or… 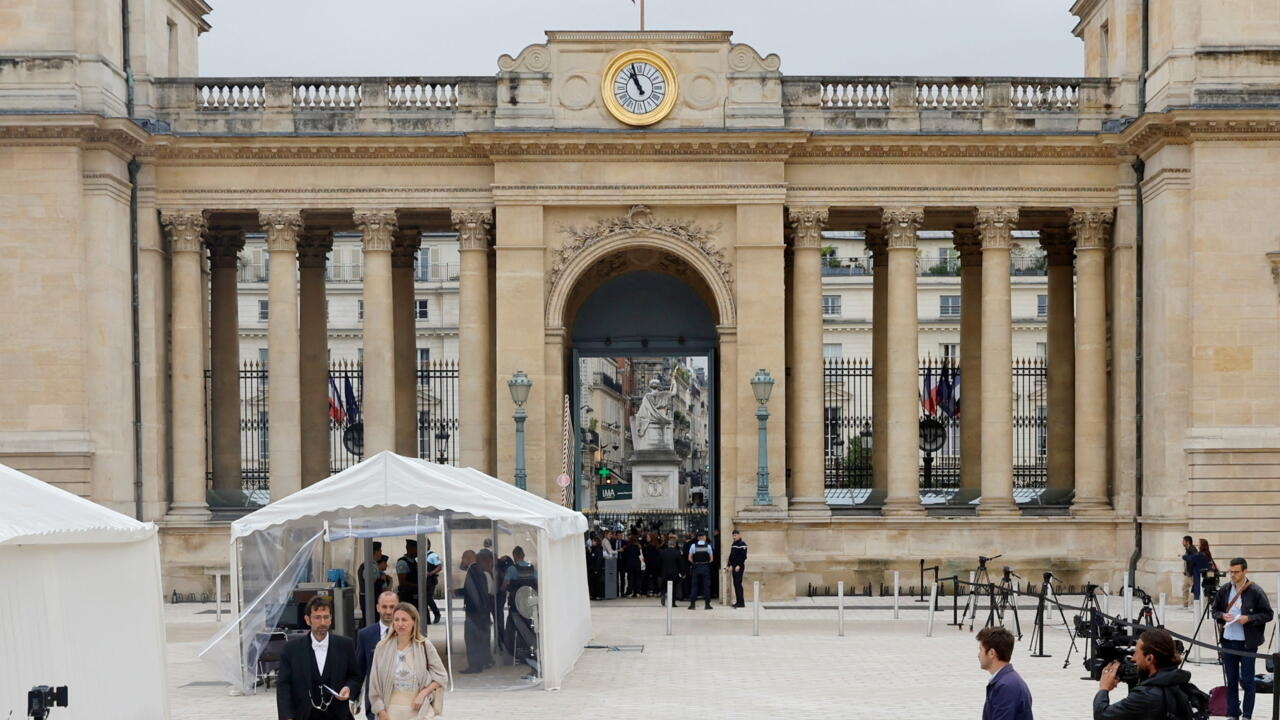 France: in the National Assembly, the battle for key positions has begun

The new deputies make their entry into the National Assembly, in Paris, on June 20, 2022. © Gonzalo Fuentes, Reuters

In France, the 577 newly elected or re-elected deputies make their official return with the first public session in the Hemicycle on Tuesday afternoon June 28.

On the program: the election of the President of the Assembly, the fourth character of the State.

The position could return for the first time to a woman, Yaël Braün-Pivet.

Either the kickoff of a series of votes to allocate key positions in the Assembly, for which all parties are fighting and negotiating.

Barring an accident, the

, ephemeral Minister for Overseas Territories, could become the first woman to preside over the Assembly in France.

The majority of President Emmanuel Macron's camp, even relative, should allow him access to the perch.

The formation of parliamentary groups is also on the program, which will clarify the balance of power in the Hemicycle.

How many related deputies will have joined the macronie?

This brings together ultra-marine, regional, center-right and center-left deputies, and could support the president on a case-by-case basis.

The oppositions are fighting for the positions that will be allocated on Wednesday June 29 and Thursday June 30.

And above all to take the head of the powerful Finance Commission, which controls the state budget.

The custom wants it to go to the first opposition party, it remains to be seen whether it would

go to the left-wing Nupes coalition

The union of the left must decide who will be its candidate, between the socialist Valérie Rabault or the rebellious Éric Coquerel.

is also in ambush.

Marine Le Pen who wants to put her former deputy campaign director there, but without the support of LR, it will be difficult.

The traditional right hopes to keep Éric Ciotti in one of the posts of quaestors, responsible for the finances of the assembly.

Six questions to understand the semi-presidential regime in France