The NATO Summit will turn Madrid into the center of news from today. Therefore, in addition to designing a parallel agenda so that the companions of the... 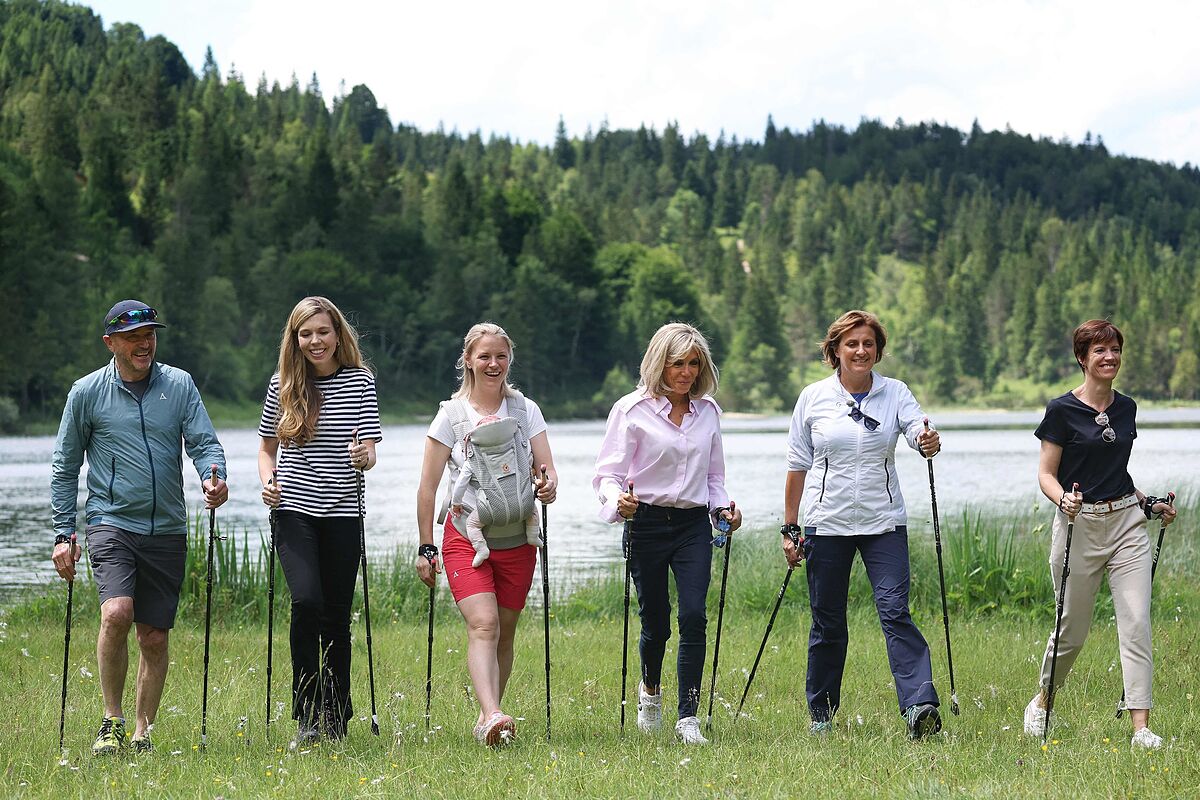 The NATO Summit will turn Madrid into the center of news from today.

For this reason, in addition to designing a parallel agenda so that the companions of the leaders of the 40 invited countries get to know some tourist spots in the capital and surroundings, the Royal House begins its own agenda this Monday, focused on entertaining the Biden couple, with whom wanted to have a gesture of deference.

This Monday, Queen Letizia will hold a meeting with

at the Palacio de la Zarzuela.

From there, both ladies will go to the headquarters of the

, where they will visit the facilities.

The next day, they will meet again alone.

Together they will visit the Ukrainian

It is the same center that the King and Queen visited with their daughters last April, when they spent Holy Saturday with the refugees.

, where she will greet Begoña Gómez.

The wife of the President of the Government does not have any protocol treatment of first lady, however, from Moncloa they have always wanted to give her a place in this type of summit.

Thus, in another Summit she participated in the agenda of accompanying the leaders.

That Tuesday at mid-afternoon, Don Felipe will receive

the President of the United States at the

Together they will travel to Madrid, where the King will meet him again before the gala dinner at the

, with the rest of the leaders with his companions.

While that happens, Doña Letizia will participate with the rest of the companions in tourist activities.

and its famous fountains, an unprecedented hydraulic work from the 18th century.

Then, they will be able to learn about the work of the

before returning to Madrid to have lunch at the

, they will pose in front of

and Paradores will entertain them with lunch.

While Doña Letizia is with her companions, King Felipe will hold audiences in Zarzuela.

First thing on Wednesday he will meet with Ursula Von der Leyen, president of the European Commission;

then with the Korean president, Yoon Suk Yeon and, finally, with

, a country aspiring to join NATO.

At night, and without the presence of the King and Queen, the leaders will enjoy a dinner served at the

, which is now closed to meet the security requirements of the Summit.

On Thursday the Queen will visit the

with the companions of the leaders.

Meanwhile, the King will hold two audiences in Zarzuela: first thing in the morning,

, and in the afternoon,

, president of the NATO Military Committee.