Debate between Busch and Stenevi about Swedish abortion law

L, C, M and MP want to constitutionally protect the right to free abortion - and KD wants the parties in the Riksdag to sign a symbolic "abortion contract". In Aktuellt, spokeswoman Märta Stenevi (MP) and party leader Ebba Busch (KD) met in a debate on how to protect Swedish abortion law. 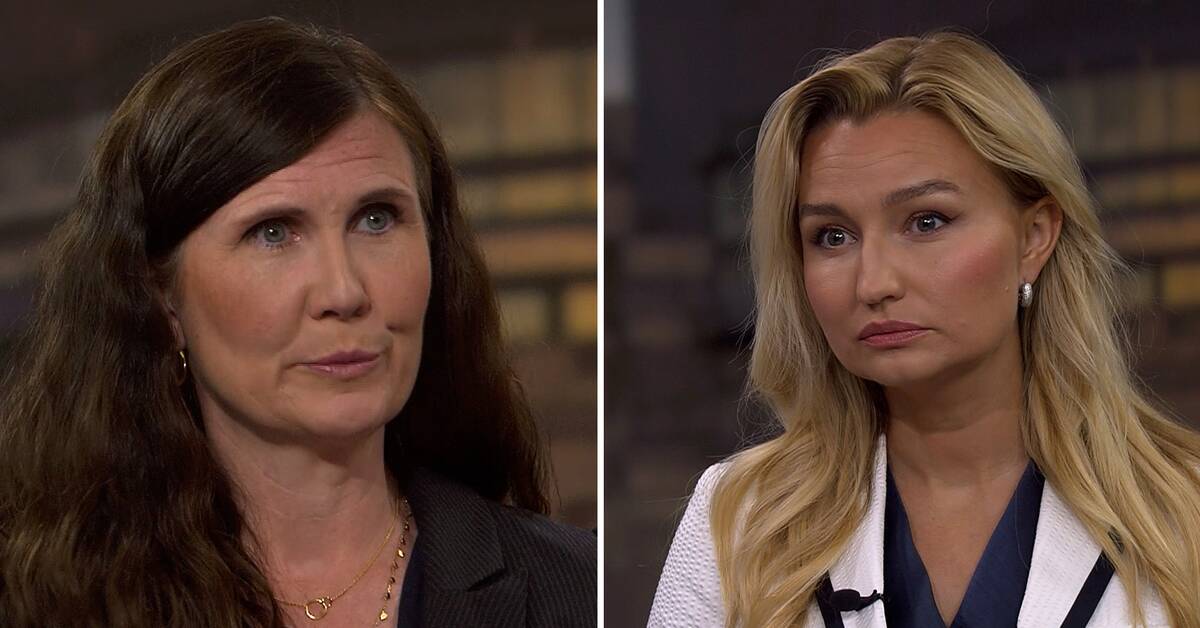 On Friday, the US Supreme Court overturned the so-called Roe v. Wade decision, which guaranteed women the right to free abortion.

The decision means that it is now up to the states to decide whether abortion should be legal or not, which has already resulted in several abortion bans.

Now the debate about abortion rights has flared up even among Swedish politicians.

But none of the eight parties in the Riksdag want to change the Swedish abortion legislation, according to Ebba Busch.

Instead, it is the question of

to protect the right to abortion that the parties seem to disagree on.

"We have never swayed in this matter"

When asked if the Green Party will sign the Christian Democrats' so-called abortion contract, Märta Stenevi answers that it is not their signature that Ebba Busch needs on her contract:

- But it is signatures from her own members of parliament, her own EU parliamentarians and not least from her intended government partners in the Sweden Democrats and perhaps also parts of the Moderates, says Märta Stenevi in ​​SVT's Aktuellt.

She adds that there has never been any hesitation on the part of the Green Party to stand up for Swedish abortion law.

- That you need to draw up a contract for it to be obvious to the Christian Democrats makes me very, very worried.

And therefore I see this rather as a clear sign that we need to move forward now and constitutionally protect the right to abortion.

"Needed to meet the concerns"

Ebba Busch replies that the contract is needed to meet the concerns that the Green Party and representatives of the government have played on in many women who wonder if the right to abortion is threatened in Sweden as well.

- What a fantastic message of strength it could be, that in Sweden eight parties are behind Swedish abortion legislation.

According to Ebba Busch, Jimmie Åkesson and Ulf Kristersson will sign the contract, but she has not received a response from the other party leaders.

- It is not just about Sweden but it is also about Sweden's role towards the rest of the world, to be able to be a pioneering country and show unity across eight party borders, she says.