“Reorientation to where goods are more in demand”: Moscow appreciated the plans of the West to ban the import of gold from Russia

The ineffectiveness of anti-Russian sanctions infuriates the leadership of the White House, the State Duma said, commenting on US plans to introduce new restrictions against the Russian Federation. Among them are visa restrictions on about 500 Russian officials, the introduction of increased tariffs on more than 570 groups of goods, and a ban on gold imports. In this regard, the Kremlin noted that in connection with "illegitimate decisions" Russia will sell its products, including precious metals, in those markets where they are interested in it. 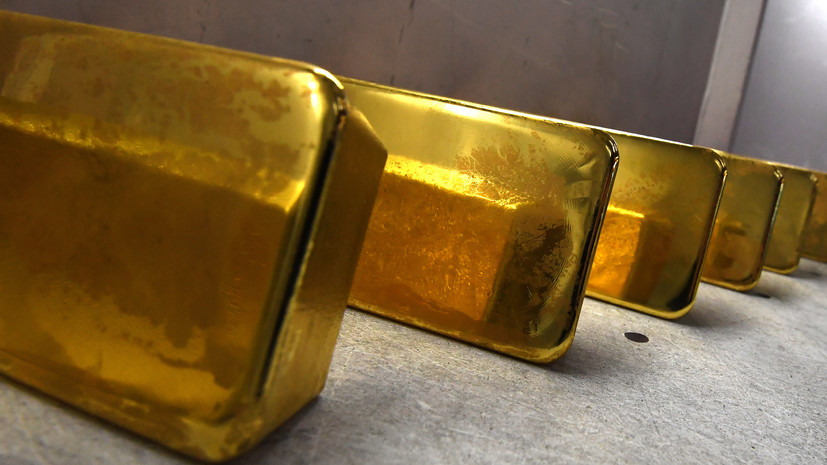 The United States will soon expand sanctions against Russia.

This follows from the White House note on the plans of the Joe Biden administration and the G7 leaders to support Ukraine.

So, soon Washington will introduce visa restrictions against about 500 Russian officials because of a special operation in Ukraine.

As Artyom Turov, a member of the State Duma Committee on CIS Affairs, Eurasian Integration and Relations with Compatriots, told RT, the restrictions will in no way affect officials.

“As for the ban on Russian officials from entering America, there is nothing wrong with that.

Russian officials should work for our country, perform functions here.

Those sanctions that were introduced before against deputies and senators - I do not see anything terrible in this.

Our main task is the development of Russia, direct work to improve the well-being of our citizens, for this we work.

The United States is doing everything possible to worsen relations with our country to the end, ”he said.

Alexei Chepa, First Deputy Chairman of the State Duma Committee on International Affairs, called American restrictions useless: "No one travels to the United States, except for some tourists."

Also, the US authorities will introduce increased tariffs on more than 570 groups of goods from Russia worth about $2.3 billion.

"These measures will limit Russia's ability to benefit economically from sales to the US market," the document says.

In addition, the United States will impose restrictions on individuals and companies that help the Russian Federation circumvent the sanctions imposed on it.

In particular, they will be prohibited from purchasing US-made goods and technologies, including semiconductors.

Sanctions will also include state defense enterprises, research organizations and several dozen other legal entities and individuals associated with the Russian defense industry.

At the same time, it is indicated that the G7 countries intend to limit Russia in receiving income, including from gold mining.

In this regard, the Ministry of Finance will issue a decree banning the import of new gold from the Russian Federation to the United States in order to prevent Russia from participating in the official precious metal market.

According to US Secretary of State Anthony Blinken, Russia's economic losses due to Western countries' refusal to import Russian gold will allegedly amount to $19 billion a year.

As Alexei Chepa, First Deputy Chairman of the State Duma Committee on International Affairs, noted, Washington's calculation that its sanctions packages would bring down the Russian economy did not work.

“Today it is unprofitable to sell gold.

Thank God they impose such sanctions.

It would be much more profitable for Russia if they introduced these sanctions a few years ago and we would have more gold and foreign exchange reserves today.

So, unfortunately for America, everything they do is useless.

And we see that the ineffectiveness of these actions infuriates the US leadership, ”the parliamentarian added in a conversation with RT.

At the same time, the Kremlin, commenting on the intentions of Western countries, noted that the precious metals market is global, it is quite large, voluminous and very diverse.

“As with other goods, of course, if one market loses its attractiveness due to illegitimate decisions, then there is a reorientation to where these goods are more in demand and where there are more comfortable and more legitimate economic regimes,” the press secretary of the President of the Russian Federation emphasized.

Meanwhile, on June 27, the G7 countries adopted a statement of support for Ukraine.

Among other things, the document states the intention of Great Britain, Germany, Italy, Canada, the United States, France and Japan to continue to meet the needs of the Kyiv regime in the military sphere, cooperation will be expanded on the exchange of data, including information and maritime security.

The G7 will also make efforts to increase the export of Ukrainian products.