Wimbledon: Nadal is even 'more dangerous' when he looks diminished, says Tsitsipas

Greece's Stefanos Tsitsipas is wary of Rafael Nadal on the eve of Wimbledon, even though he hasn't played since his French Open title to relieve his left foot, as he judges the Spaniard "even more… 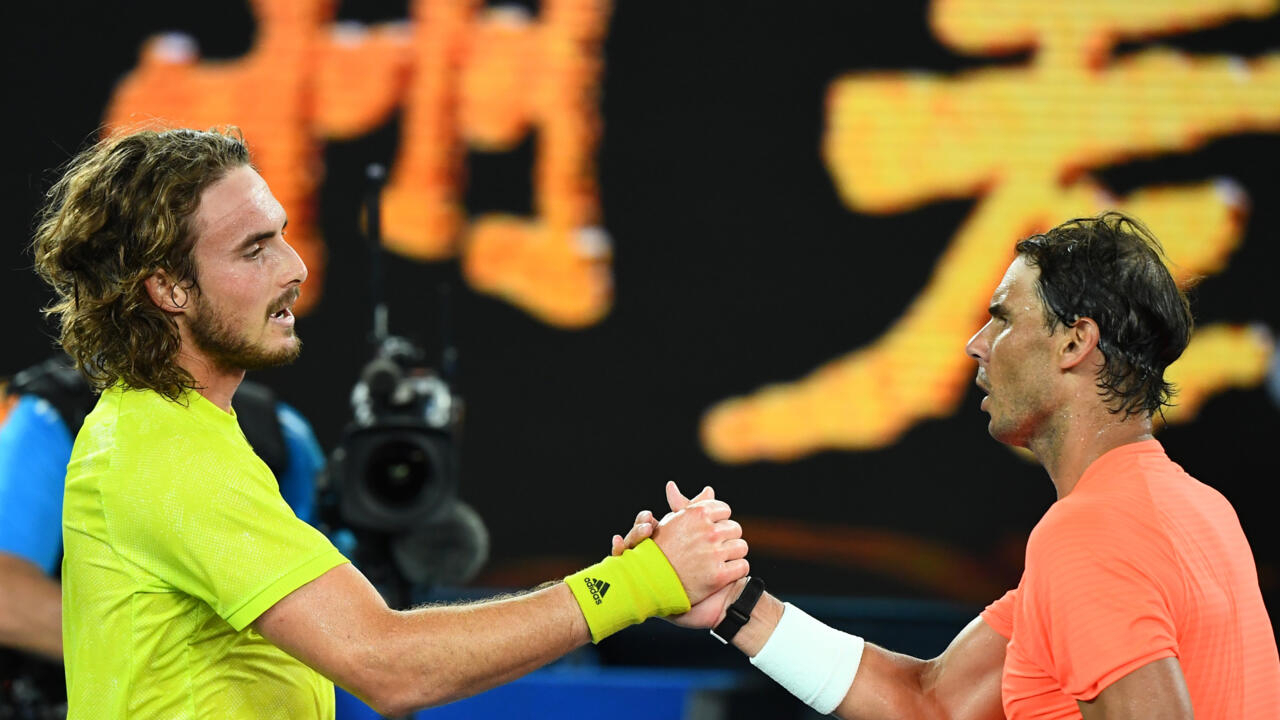 "We are used to seeing Rafa win many Grand Slams or tournaments, even when he doesn't seem fit to play," Tsitsipas said at a press conference on Sunday.

"I think those are the times when his opponents have to be most careful. It's when he says he can't play and he has foot problems that I think he's the more dangerous,” he added.

Nadal, 36, won his 22nd Grand Slam at Roland-Garros in early June after suffering from his left foot.

He even had to undergo several legal injections of anesthetic to be able to continue playing and lift his 14th trophy on Parisian clay.

"I have enormous respect for what he did at Roland-Garros, given the state of his foot. It's as if he had had his foot broken," continued Tsitsipas, believing that this kind of feat gave the Spaniard the impression that he was almost 'immortal'.

Stefanos Tsitsipas, in Nadal's half of the table at Wimbledon, will start on the London lawn on Tuesday against the Swiss qualifier Alexander Ritschard (192nd in the world).

He hopes to do better than last year, when he was eliminated from the start by Frances Tiafoe.

"I was trying to play on grass as on clay, which was a huge mistake. I hadn't played a single match before Wimbledon [...] It all made no sense," said the Greek, who won his first title on grass on Saturday, in Mallorca.