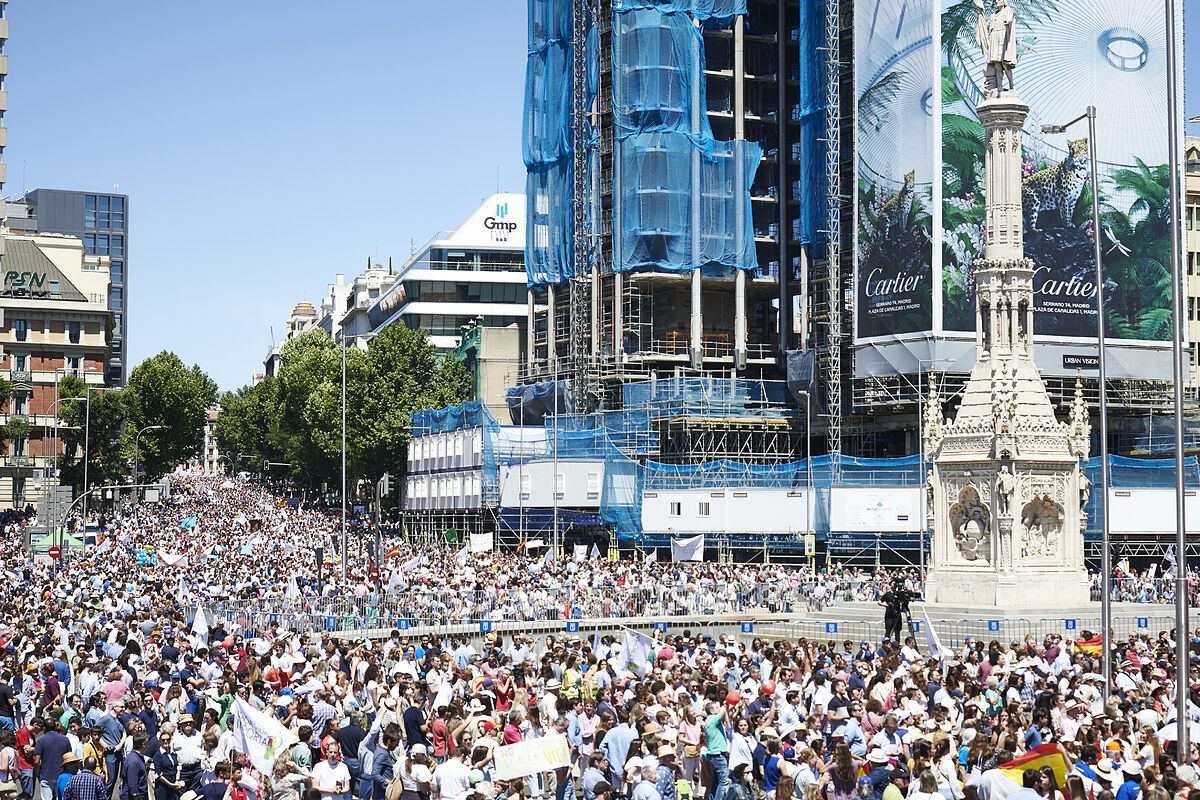 the right to voluntarily interrupt pregnancy,

considering it "the culture of death" and have celebrated the decision of the US Supreme Court that annuls the protection of abortion.

attended by people from different parts of Spain

called by more than 200 organizations

and has passed without incident

from the roundabout in Bilbao to Plaza de Colón

with music, Spanish flags and banners "in defense of life" and against the laws of abortion and euthanasia.

Behind the header banner that read "We are risking our lives. Enough of laws against the truth and human nature!," has been the former Minister of the Interior and president of One of Us, Jaime Mayor Oreja, who in statements to journalists has indicated that the march shows that

"the culture of life is more alive than ever".

He has assured that the ruling of the Supreme Court of the United States, which has annulled the protection of the right to abortion, "is an element of hope and of the future" and "that with the

laws that destroy human nature no future is built".

and has also applauded the opinion of the US Supreme Court because it is "a path of hope".

Members of Vox have also attended, such as its president, Santiago Abascal, the spokesman in Congress, Iván Espinosa de los Monteros, and the leader of the formation in the Community of Madrid, Rocío Monasterio.

100,000 abortions on which the State spends more money each year and very little on life

Those attending the demonstrations have chanted slogans such as

like Beatriz, who told Efe that the abortion law in Spain is "an authentic genocide because it kills human beings."

"Women with their bodies can do what they want, but what they carry inside is not part of their bodies," insisted this woman, for whom the US sentence "is a step forward" and has hoped that Spain "follows the example" .

Verónica, 19, has been one of the many young women who have attended the march to claim "as a society that life matters and speak for those who have no voice, that voice of children who are not born",