Record heat - then the number of drowning accidents increases

The midsummer weekend has been marked by heat records - and with it several drowning incidents around the country. Several of the accidents have been fatal. Among other places in Vaxholm where a man fell overboard and died on Sunday. 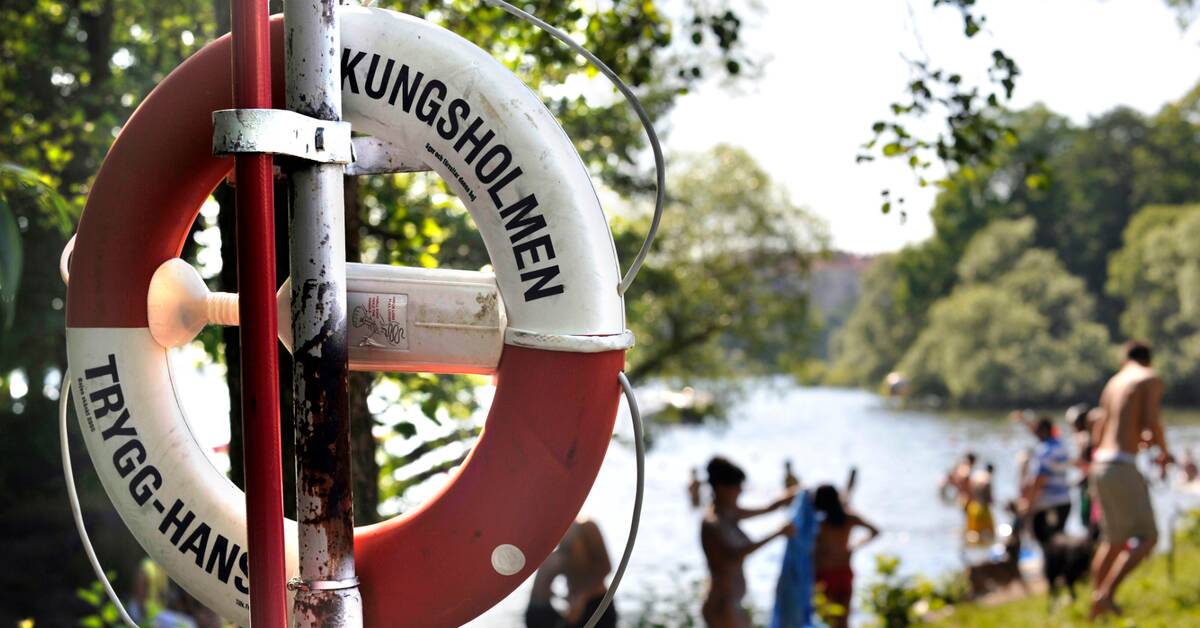 In 2018, when it was a record hot summer, 135 people died in drowning accidents.

During years when the summers were not quite as hot, as last year and the year before, the number of fatalities in drowning accidents was 97 and 77, respectively, according to the Swedish Lifesaving Society's statistics.

During the past midsummer weekend, the weather has been record warm.

And then immediately the number of drowning incidents around the country also increased.

At least four people have died.

An elderly man died in Vaxholm on Sunday.

- Observers from land saw some calling for help.

Later we received confirmation that a person, an elderly gentleman, had fallen overboard, says Laila Kärrhage, rescue leader at the Sea and Air Rescue Center, to TT.

On Sunday, an elderly man also died in Olofström.

A man in his 65s in Åsele died earlier this weekend.

And on Thursday, a man in his 40s died in a drowning accident in Hudiksvall municipality.

Louise Brädde at the Swedish Lifesaving Society is not surprised that drowning accidents increase as the heat rises.

She encourages everyone to test their swimming skills every year, as it is a fresh product.

But also to keep an eye on each other.

- Put the phone away.

We see an increase in people sitting with their mobile phones on the beach instead of being with those you are swimming with.

In the clip, Mikael Olausson from the Swedish Lifesaving Society gives his best advice on how to act if you discover that someone is drowning.

The image is an archive image.