Pablo González Ruiz de la Torre (28) was never a leader at school. A good student with a calm character, he remembers that during his school years in a center in Seville... 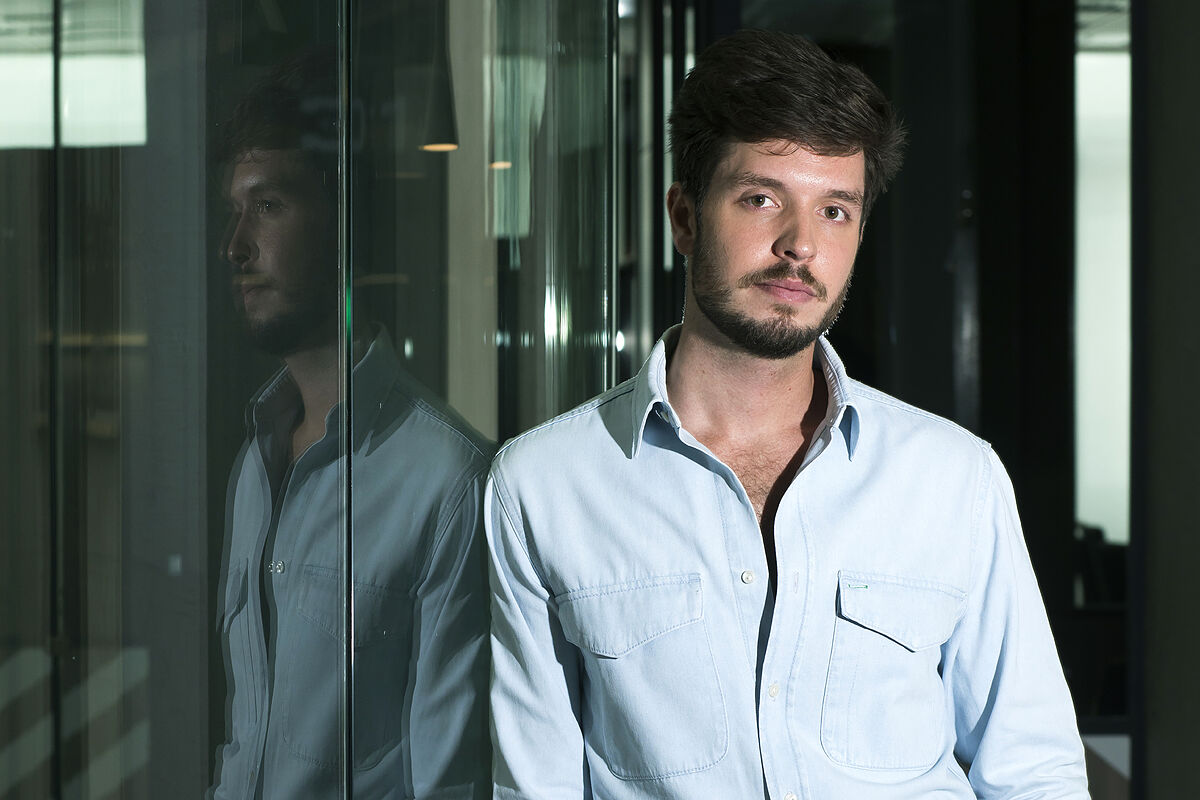 A good student with a calm character, he remembers that during his school years in a center in Seville he opted for a low profile as an attitude to life.

time to make himself visible.

"A range of opportunities opened up for me. Above all, the opportunity to

And when he removed his fears to live comfortably with his sexuality, he also felt the need to

The one with the

shaken by the crisis and about which, according to him, so much has been said without knowledge.

And all that personal journey led him to do things.

He began with a meeting between young Spaniards to show that there was talent among his people.

He only wanted to make a one-off call, but it was such a success that

a community that connects young talent with large Spanish companies.

Now he is one of the 30 boys under 30 who aim to be leaders in the coming years.

a meeting in Zarzuela

with the Kings Don Felipe and Doña Letizia with seven other boys in what was called a summit of "talented young people".

Since this year, his company has been working with the Talent Tour of the Princess of Girona Foundation.

All thanks, in part, to Pablo's personal acceptance.

He came from an environment "where almost everyone

thought in a very similar way

", which is why he describes his move to Madrid as a "healing experience".

Because Pablo, who in addition to Seville has been to Panama and the United States, is very grateful throughout the interview with the capital.

is the best place in the world to be homosexual

because the situation here to be able to be yourself is amazing," he says.

"And I don't say it, I come from Seville, but a lot of people I know from abroad," he points out.

But being so young, is there still a need for visibility in your generation?

In my generation we are at a turning point: we have been enjoying freedom and rights for years that are inherited from previous generations, but we are at a time when we have to be careful because rights are earned but also they lose.

Pablo is committed to normalizing diversity.

to generate education and

basic respect in the family environment. The big problem we have in Spain is not so much in the company as at home."

That is why he believes that the most important thing is to be visible at home.

Only in this way will being calm in the work environment be "a natural consequence".

His other dedication is with talent, as he tries to capitalize on it through his company.

"It's being yourself and through what you're good at,

being able to contribute to the world

In its mission to attract future leaders, his company has worked throughout this year with the Talent Tour of the Princess of Girona Foundation.

A "very enriching" experience that he has carried out alongside the Kings.

"They have been very committed, not only in the public part, but when one has the opportunity to accompany them, that sensitivity and that

is perfectly noticeable . It is not a mere visit, but

note that it is

an issue that concerns them.

I have been very surprised with the Queen, her journalistic past is noticeable due to her ability to prepare and arrive at meetings knowing what is going to happen, I have been amazed".