Here, Putin is ridiculed by the G7 leaders - for undressing the horse pictures

The world leaders at the G7 meeting on Sunday took the opportunity to work with Russian President Vladimir Putin, in the face of a massive press contingent. The comments were about a naked horse rider - which happened 13 years ago. 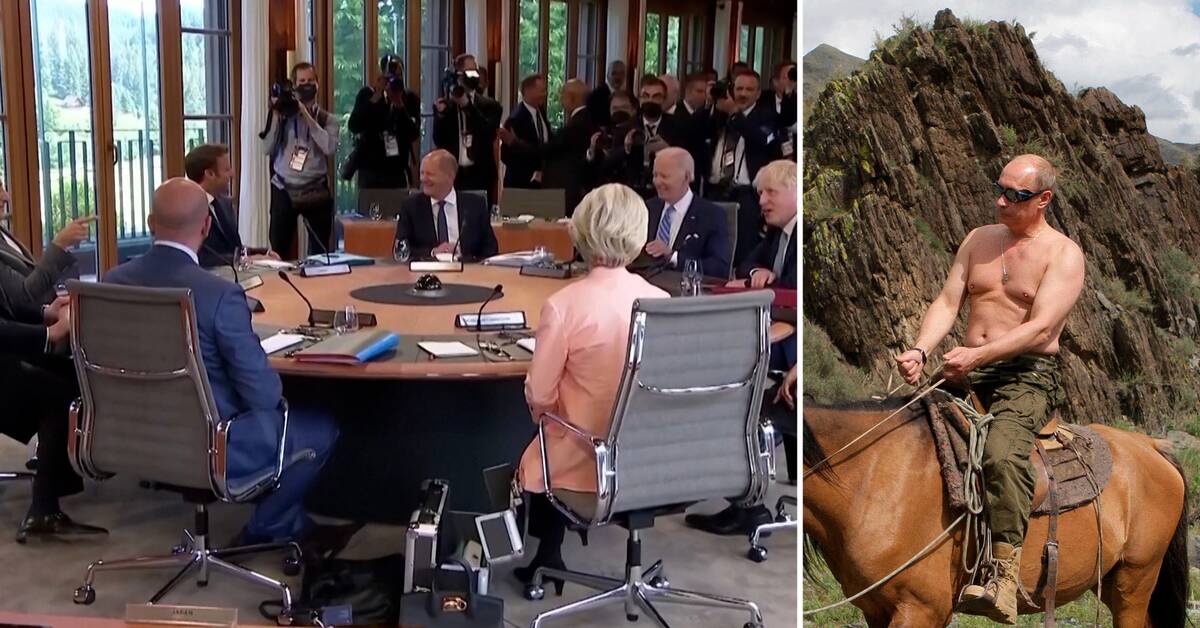 The pictures of Putin were cabled out in 2009, and were said to represent the then Russian prime minister's holiday in eastern Russia.

In the photos, Putin was seen hunting, fishing and swimming.

In several of the photos, Putin was bare-chested.

- Now it will be bare-chested riding on horseback, said the Prime Minister of Canada Justin Trudeau in an attempt to make fun of the pictures.

The photos of Putin and the horse were taken in 2009, during a holiday trip in Siberia.

He was also depicted with a shotgun, even then without a shirt.

Hear the world leaders' comments about Putin in the clip.