Some start-ups, but also automotive giants are starting to install solar panels on their new electric cars, promising a little extra autonomy, but not… 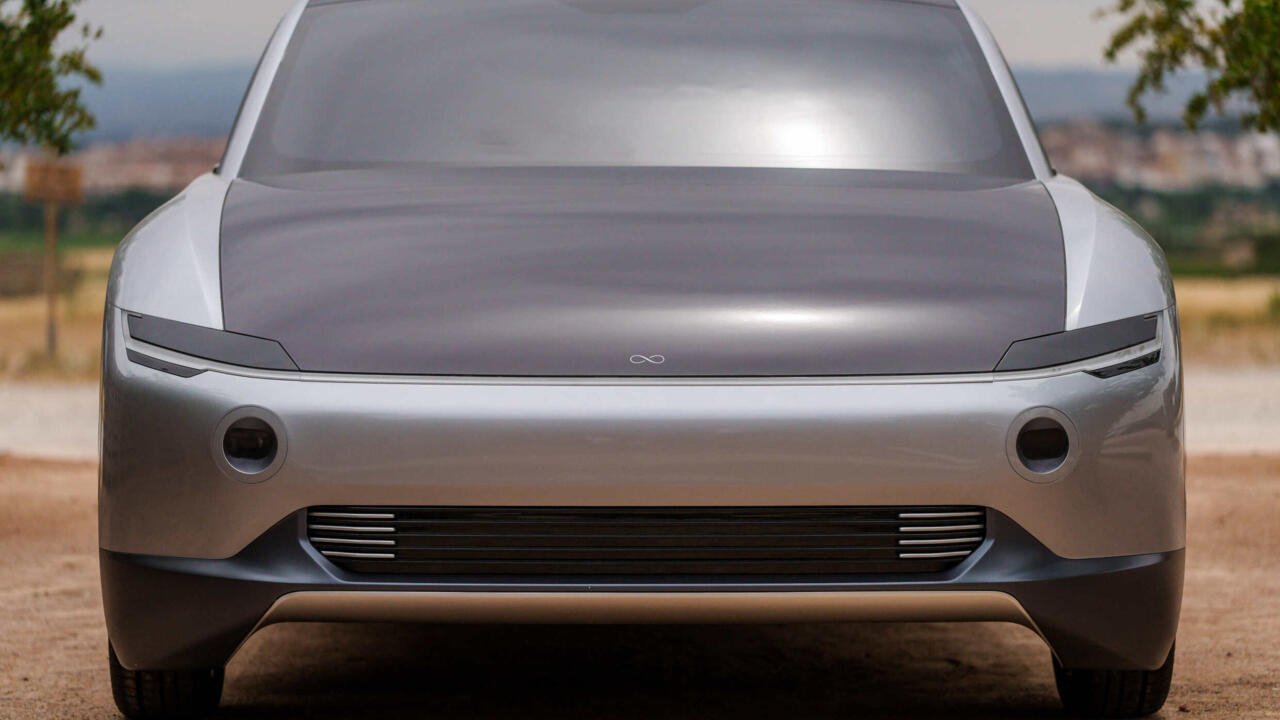 Under the scorching sun of northern Spain, the "0", the first production model from the start-up Lightyear, gathers enough solar energy to travel more than 70 kilometers free of charge every day.

Its front hood and long roof are covered with five square meters of solar panels.

Taking advantage of falling prices for photovoltaic panels and batteries, they are trying to apply this technology to everyday cars.

The very aerodynamic body of the "0" and its motors integrated into the wheels allow it to consume less energy than the electric SUVs which dominate the market, and to display a range of 625 kilometers on a charge.

By driving little, we could thus only plug it in in winter, promises the brand.

"The clock is ticking: we need to drive sustainable as soon as possible," said one of its founders, Lex Hoefsloot, to AFP.

"Charging stations remain a major obstacle. If we don't need them, we can scale up much faster."

Lightyear has set the bar very high, with this first model built in less than 1,000 copies and displaying a Bentley price of 250,000 euros.

As the electric car market explodes, several models with solar panels are expected in the coming months.

Toyota already offered panels on its Prius hybrid (optional) and on its very first 100% electric car, the BZ4X.

Mercedes has equipped the roof of its luxurious EQXX prototype with photovoltaic cells which, with the same slender profile as the Lightyear, promises 1,000 kilometers of autonomy.

A driver at the wheel of the "0", the first production model from the start-up Lightyear, collects enough solar energy to cover more than 70 kilometers every day for free.

According to American researcher Gregory Nemet, "photovoltaic panels have become so cheap that, even in areas with little sunlight, it's worth installing them".

"Even if a car roof can't fully charge the battery in a day, it can still pack in enough energy to get you home from work," said the University of Wisconsin energy scientist.

With a few hundred euros extra per car, solar energy could at least compensate for the use of air conditioning, analyzes Gautham Ram Chandra Mouli, specialist in electric mobility at the University of Delft, in the Netherlands.

Be careful, however, where you park, warns the expert: the car obviously only recharges if it is outside, and much less in winter.

In addition, it recharges much better near the Equator than in Northern Europe.

Under the California sun, the Aptera start-up is displaying 25,000 pre-orders for its first model scheduled for the end of the year, a small car with three wheels and two seats.

Another much more classic solar model, but also affordable and ambitious, is expected in Germany at the end of 2022: the Sion.

This compact with five seats is cubic and all black, because fully covered with solar panels.

“We have developed a technology that covers the whole car,” explains Jona Christians, co-director of the big German start-up that imagined it, Sono Motors.

The Sion incorporates the "Vehicle-to-Grid" system, which allows its charged battery to return electricity to the grid when the sun is no longer shining.

The small manufacturer also plans to sell its solar technology to others, such as the French group of refrigerated trailers Chéreau.

Its boss Robert Hoevers, a former Lightyear, sees the future of cars in the sun: "The panels will become even cheaper, the electric motors more efficient: sooner or later, we will drive every day on solar energy."