Do we wear jackets or take them off?! The G7 leaders are joking about Putin

The leaders of the Group of Seven laughed at the image of Russian President Vladimir Putin as a strongman, during their meeting over a lunch on the sidelines of their summit in Germany, and wondered whether they would stay in shirts without jackets, or perhaps for less?! 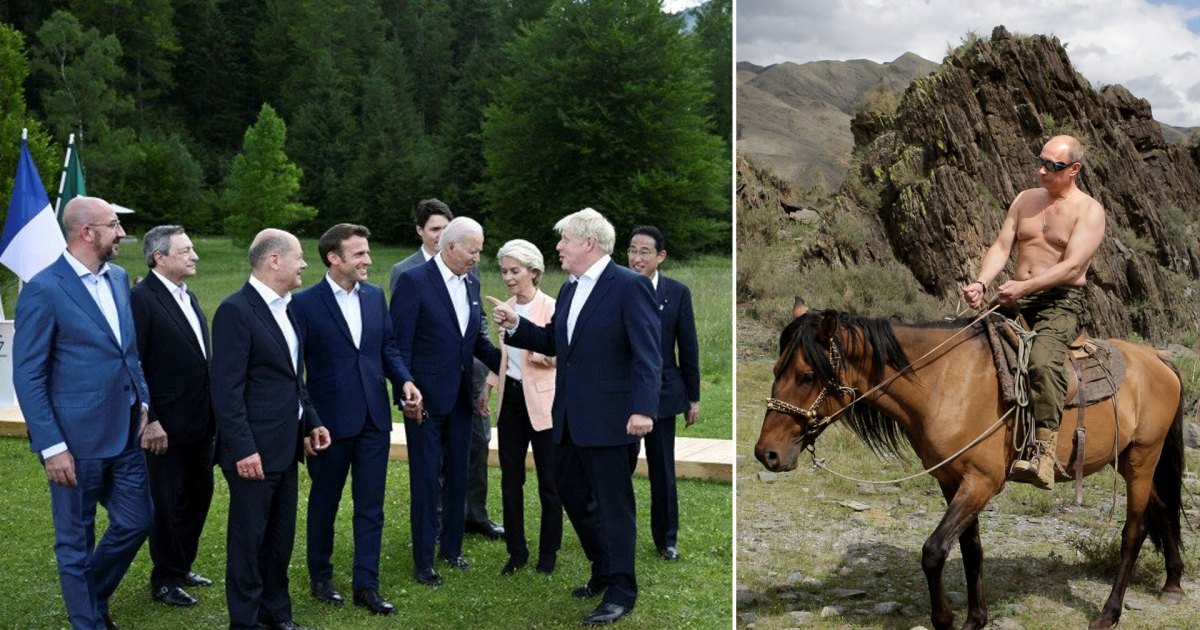 The leaders of the Group of Seven laughed at the image of Russian President Vladimir Putin as a strong man, during their meeting over a lunch on the sidelines of their summit, which began in Germany on Sunday, and asked whether they would keep shirts without jackets, or perhaps less?!

"Do we keep the jackets? Do we take them off?" asked British Prime Minister Boris Johnson, as he was about to sit down at the table at Elmo Castle in Bavaria, where German Chancellor Olaf Schulz is hosting the G7 summit.

Other leaders joined him in joking about their image in exchange for that of the Russian president.

Canadian Prime Minister Justin Trudeau suggested they wait for their official memorial photo before taking off their clothes, but Johnson quipped: "We have to show we're stronger than Putin."

Then Trudeau said, "We'll have a show of a bare-breasted jockey on a horse," alluding to the famous 2009 photo of Putin on a horse.

Here, European Commission President Ursula von der Leyen said that "riding is the best", without commenting on the issue of clothing specifically.

"We have to show them our muscles," Johnson replied.

Eventually, the leaders in suits posed for pictures before the reporters walked out of the room, leaving the debate over the clothes behind closed doors.