Basketball icon, philanthropist, cultural ambassador: no other Chinese sportsman has made an international impression as much as Yao Ming, the 2.29-meter giant who landed in the NBA just a short time ago… 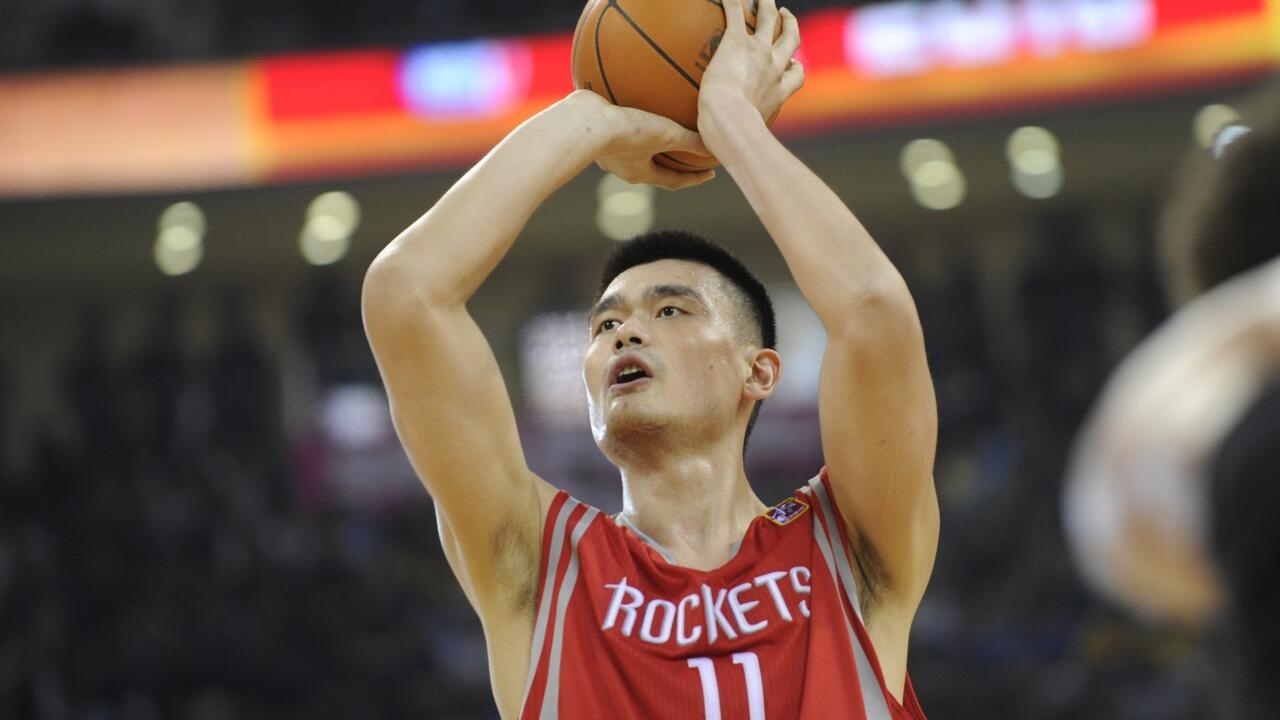 The ex-pivot was drafted by the Houston Rockets on June 26, 2002. The start of an exceptional career that earned him a succession of awards and made him famous in China and the United States.

From his early days, his affable personality, performance and humor made him a fan favorite and boosted the NBA's popularity in China.

If five other Chinese basketball players have evolved in the NBA since, none has had the same success.

A prospect even less likely today with a North American League in cold with the Chinese authorities.

In 2002, Yao Ming was the face of a confident and open China, whose economic growth was accompanied by sporting prowess.

"He brought the NBA into China. And China into the NBA," said Gao Dabao, 30, a basketball fan he met on a Beijing court.

"It was the time when (...) everyone watched the matches on TV."

Son of ex-professional basketball players, Yao Ming first played for the Shanghai Sharks before joining the Houston Rockets, for which, in almost a decade, he averaged 19 points and grabbed nine rebounds per game.

Selected eight times for the All-Star Game, the game that brings together the best NBA players each year, the Shanghai native failed to win the NBA title and retired from sport in 2011, at the age of 30. years, due to injuries.

"Yao Ming is the only Chinese player to have become a real NBA star", summarizes Wang Meng, writer specializing in basketball.

"He was one of the best players for the Rockets. No other Chinese player has done that."

Supreme honor, he was admitted in 2016 to the "Hall of Fame", which celebrates the best players in history.

Yao Ming is now the president of the Chinese Basketball Association, the state body that oversees the sport in China.

Despite his fortune (he amassed $93 million in salaries alone during his NBA career), the ex-player has retained his humility.

Owner of a wine estate, he is also involved in the protection of wildlife and in charitable works.

The arrival of Yao Ming in the NBA embodied the optimism of a China which saw in it the symbol of its reintegration into the concert of nations.

It represented "a changing world, beyond just being a star player," says Simon Chadwick, director of the Eurasian Sports Center at EM Lyon Business School.

But since then, "the dynamic between the two countries has changed", he underlines.

Sino-American relations have been strained in recent years over trade, Taiwan and human rights.

Since then, only a handful of meetings have been broadcast by the channel.

A blow for the NBA in what was until then its biggest market abroad.

When is a successor for Yao Ming?

Not immediately, according to Xing Chen, a basketball specialist for whom the general level in China is now "at its lowest".

"Asian players tend to have different physiques from North American and European basketball players (...) and then we don't have the same talent pool as the United States," he said.

It is also difficult to imagine, given the current state of bilateral relations, that an athlete could win hearts on both sides of the Pacific as Yao Ming had managed to do.

Especially since athletes today have to find a difficult balance in the midst of ideological differences between Chinese and Americans, underlines Simon Chadwick.

Western sports organizations in China can "potentially be the target of political interference from Beijing and/or accusations of complicity, for example in human rights abuses," he said.

"Yao Ming in the 2000s symbolized something very different from what he would symbolize today."