A new opposition movement has begun to influence the Lebanese scene

&nbsp;Lebanon has become a failed state, a global source of drug trafficking and terrorism, and once again home to a growing number of refugees. As a result of Washington's failure to spread democracy in the Middle East, and its focus on Iran, its policy in Lebanon was limited to managing the crisis. But the parliamentary elections 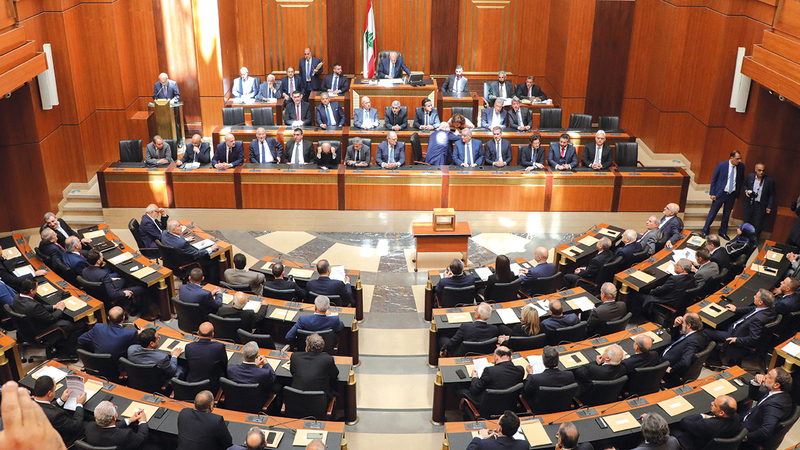 It can put an end to Hezbollah's influence.

A new opposition movement has begun to influence the Lebanese scene

Lebanon has become a failed state, a global source of drug trafficking and terrorism, and once again home to a growing number of refugees.

As a result of Washington's failure to spread democracy in the Middle East, and its focus on Iran, its policy in Lebanon was limited to managing the crisis.

However, the Lebanese parliamentary elections on May 15 witnessed the first moves for a parliamentary coalition capable of removing Hezbollah and its iron fist from the state.

The party and its allies lost the majority in Parliament, and now face the largest opposition since 2009, a loose alliance made up of the Lebanese Forces Party and various independent members, where they make up 60 members out of the entire 128 members of Parliament.

A slim majority for Bri

These votes that Berri obtained would not have been possible without the votes controlled by the Druze leader Walid Jumblatt, who played the role of kingmaker.

Elias Bou Saab of the Free Patriotic Movement, a Christian ally of Hezbollah, won 65 votes for the position of deputy speaker of parliament, but his independent rival Ghassan Skaf scored 60, which shows the strength of the opposition coalition.

The Lebanese Forces Party, a former Christian militia that turned into a party with 20 seats in parliament, constitutes the nucleus of this coalition, compared to Hezbollah, which has 13 seats.

Although Jumblatt has been allied with Hezbollah in recent years, the right form of pressure and incentives can thwart Hezbollah's plans to control the Lebanese government, due to the fact that the collapse of the Lebanese economy gives Hezbollah opponents A new sense of urgency in criticizing the party, even after they lost the election.

The anti-Hezbollah blocs demanded that it dismantle its armed forces, which number about 30,000 fighters, and are strongly allied with Iran, just as the Lebanese forces did when they handed over their weapons at the end of the civil war in 1991.

Since the dismantling of its military wing, the Lebanese Forces have remained a well-organized political movement, showing that a political party without militias associated with it, can succeed in Lebanese politics.

The Patriarch and Iranian Influence

Al-Ra'i believes that the appropriate way for Lebanon to get out of its current crisis lies in disarming Hezbollah of its weapons, getting rid of Iranian influence, in addition to revitalizing the armistice agreement between Lebanon and Israel.

International financial organizations required reform measures to provide assistance, but Hezbollah's political allies, who are protected from Hezbollah militias, prevented such reform from taking place, fearing that it would dry up the flow of corrupt money they used to receive.

In return, these allies agreed that Hezbollah would remain armed.

Al-Ra'i was the first to draw the public's attention that there can be no reform and economic growth without first disarming Hezbollah.

Given his status as a religious leader, this man has become the movement's voice calling for Hezbollah to be disarmed.

There is no majority in Parliament

In his post-election speech, Hezbollah leader Hassan Nasrallah admitted that no party or coalition had managed to win a majority, but given its ability to intimidate rivals, Hezbollah still had the advantage.

At least the party and its militias can stir up trouble and paralyze the state so they can get what they want, and even when the parliamentary majority was hostile to Hezbollah in 2005 and 2009 they couldn't keep the party out of power.

Of course, disarming Hezbollah by force is a bloody process that no one is willing to undertake, but the party has a weak point, which is that it pretends that its illegal armed forces enjoy the approval of the elected cabinet, but the cabinet is controlled by Hezbollah supporters. Allah".

If the opposition was able to create a strong front that would have a strong influence on the government, then it would be able to disarm Hezbollah.

The May 15 elections show that Lebanese voters are angry with Lebanese President Michel Aoun, as he suspended his Free Patriotic Movement party as a major obstacle to forming a united front against Hezbollah.

Aoun’s son-in-law, former Minister of Foreign Affairs and Emigrants Gebran Bassil, watched his party’s members decrease in parliament from 23 to 18. Even in Hezbollah’s electoral stronghold in southern Lebanon, the opposition to Hezbollah managed to win two seats, despite harassment and intimidation.

This year's elections showed that Lebanon's Christians, Druze, Sunnis, and a large number of Shiite voters were fed up with the double scourge of corruption and Hezbollah.

Iran had planted these militias in the eighties of the last century, and provided them with weapons and significant financial support since that period.

The problem for Lebanon is that Tehran and its Lebanese proxies are prioritizing militias, ignoring Lebanon's most urgent needs, such as reform, civil freedom, and recovery from the current deep economic crisis.

Perhaps Hezbollah will use violence against those who threaten its dominant position in the same way it has attacked Iranian-backed Iraqi militias since losing in the October elections.

The Lebanese people must decide whether they are prepared to face this danger.

Hussein Abdel Hussein is a researcher at the Foundation for Defense of Democracy and former editor-in-chief of the Lebanese newspaper, The Daily Star

Hezbollah and its militias can cause trouble and paralyze the state in order to get what they want.

This year's elections showed that Lebanon's Christians, Druze, Sunnis, and a large number of Shiite voters are fed up with the double scourge of corruption and Hezbollah.