“As a result of successful offensive actions”: the Russian Defense Ministry announced the complete liberation of Severodonetsk

During a special operation in Ukraine, LPR units, with the support of Russian troops, completely liberated the cities of Severodonetsk and Borovskoye. This was stated in the Ministry of Defense of the Russian Federation. As noted in the department, the entire left-bank territory of the Seversky Donets within the borders of the LPR came under the full control of the republic. 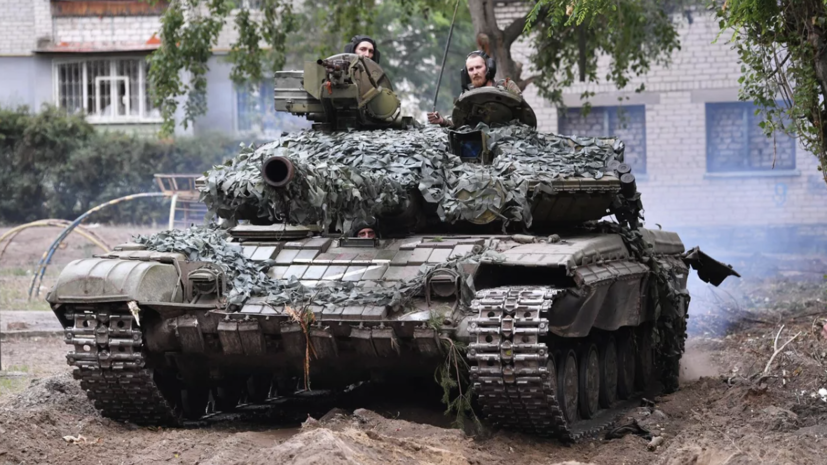 During a special operation in Ukraine, units of the Lugansk People's Republic and Russian troops completely liberated the cities of Severodonetsk and Borovskoye.

This was stated in the Ministry of Defense of the Russian Federation.

“As a result of successful offensive actions, the cities of Severodonetsk and Borovskoye, the settlements of Voronovo and Sirotino of the Luhansk People’s Republic were completely liberated,” said Lieutenant General Igor Konashenkov, representative of the Russian Ministry of Defense.

He stressed that with the liberation of Severodonetsk and Borovskoye, the entire left-bank territory of the Seversky Donets within the borders of the LPR came under the full control of the republic.

The defense department noted that the enemy’s attempt to turn the industrial zone of the Azot enterprise in Severodonetsk into a hotbed of resistance was thwarted.

The territory of the enterprise is under the control of the People's Militia of the LPR, emphasized the Ministry of Defense of the Russian Federation.

The head of Chechnya Ramzan Kadyrov also announced the release of the industrial zone of Severodonetsk.

“The entire territory east of the Seversky Donets River is under the control of allied forces: the residential sector and the industrial zone of Severodonetsk, including the Azot plant (all civilians who were used as human shields were taken out of the basements), Severodonetsk airport, the village of Borovskoye,” — he wrote in Telegram.

Kadyrov also noted that the Ukrainian military, who were hiding in Azot squares, did not tell local residents about the possibility of evacuation and receiving assistance, food and medicine from Russian troops.

As the head of Chechnya noted, after being released from captivity, civilians began to call their loved ones to inform them that they were alive.

“I told you that I would show and prove how Nazi propaganda lies.

Here are almost a thousand witnesses who will confirm the lies of Ukrainian bandits.

Western media, I appeal to you: here are 800 people, including children and the elderly.

Will you shoot a true report about them?

I know not,” Kadyrov wrote.

At the same time, he drew attention to the advantage of the enemy, who was preparing for a long defense.

“This long-term defense turned out to be only in the sick minds of the Ukrainian command.

Soldiers of the allied forces rolled over the positions of the enemy, finally squeezing them out,” Kadyrov concluded.

According to him, the combined forces will now direct their efforts towards the liberation of Lisichansk.

So, on the afternoon of June 25, the People's Militia of the LPR announced that the mine and one of the factories in Lisichansk were taken under the control of the military of the republic and the RF Armed Forces.

This was stated by Lieutenant Colonel of the power department of the LPR Andrey Marochko.

“At the moment, the mine, which is located on the territory of Lisichansk, has already been captured, and our units have also entered the so-called gelatin plant,” RIA Novosti quoted Marochko as saying.

Also on russian.rt.com “Having broken through a well-prepared defense”: the RF Ministry of Defense announced the blocking of Lisichansk by Russian troops

According to him, the forces of the Armed Forces of the Russian Federation and the military of the LPR entered the city, fighting is going on in the urban area.

On June 24, the Ministry of Defense of the Russian Federation reported that the military from the group of forces "Center" broke through the defenses of the Ukrainian troops and blockaded Lisichansk from the south.

The department clarified that over the past five days, allied forces have liberated 11 settlements.

It was also reported that at the same time, the Southern Group of Forces completed the defeat of the encircled group of the Armed Forces of Ukraine in the mountain cauldron.

In addition, as Vitaly Kiselyov, Assistant Minister of the Interior of the LPR, stated on June 24, most of the officers of the group of Ukrainian troops in the Gorskoye-Zolotoye pocket were destroyed, after which mass surrender began.

According to his estimates, about 4.5 thousand Ukrainian soldiers should be in the boiler near Lisichansk.