Petra Kvitova, 31st player in the world, won the Eastbourne WTA 500 tournament on Saturday, beating Latvian Jelena Ostapenko in the final, 6-3, 6-2, two days before the start of Wimbledon.… 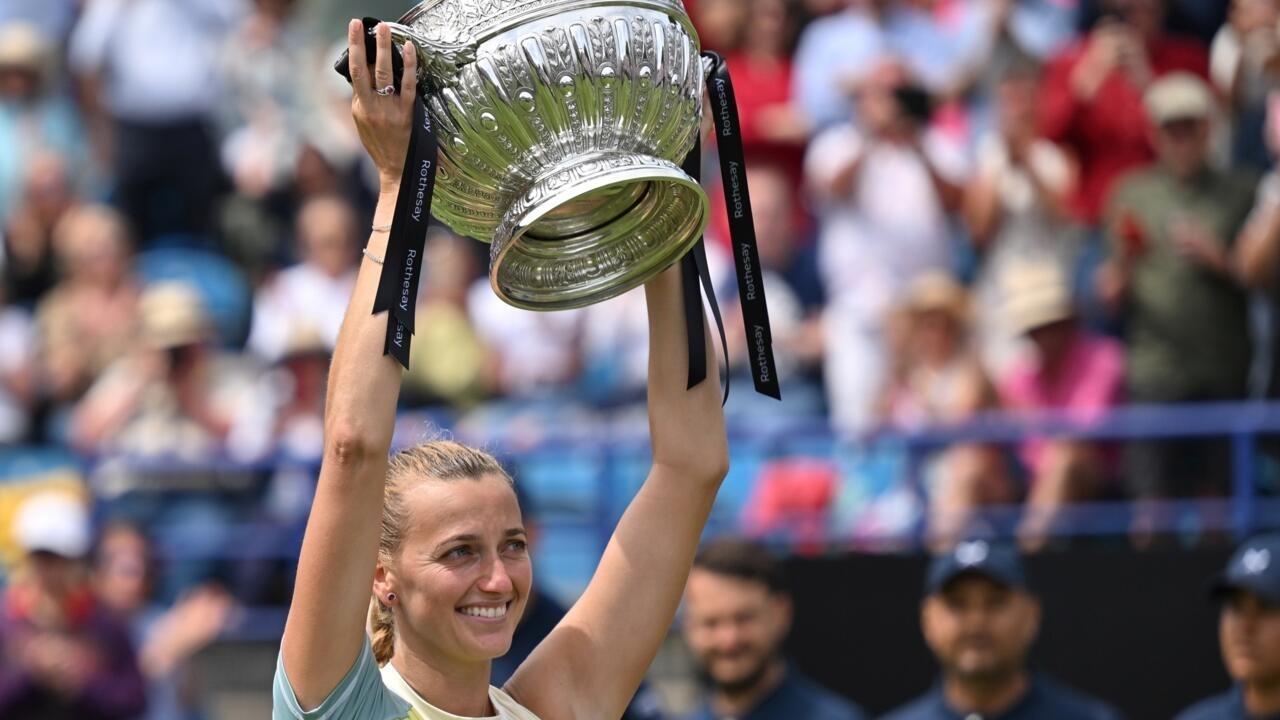 The 32-year-old Czech thus won the 29th title of her career, the 5th on grass, more than a year after her last triumph on the WTA circuit in Doha, in March 2021.

Kvitova started and concluded the first set with a shutout, taking advantage of her opponent's difficulties in returning her left-handed serves.

On the contrary, Ostapenko (14th in the world), yet the title holder of the English tournament, did not manage to settle his face-offs, committing four double faults in the first set.

In the second set, the Czech player, very effective in return, made the break in the third game. She had to save five break points to confirm it in the next game before flying away definitively (6-2).

Author of a perfect week in Eastbourne, Kvitova prepared ideally for Wimbledon where she won twice in 2011 and 2014.

"I want to pay tribute to Jelena (Ostapenko)," Kvitova said after the final.

"I also experienced defeat in the final here (in 2011, against Marion Bartoli, editor's note). But it's a magnificent court - I hope we didn't damage it too much - and playing on grass , for me, it's always very special. Winning here is the best preparation for Wimbledon," she said.

Petra Kvitova will face Italian Jasmine Paolini (73rd in the world) in the first round of the British Grand Slam lift.