In an unprecedented measure invoking European Union sanctions on Russia, Lithuania restricted Russian rail transport operations to Kaliningrad, and prohibited the transportation of sanctioned goods to the strategic region. 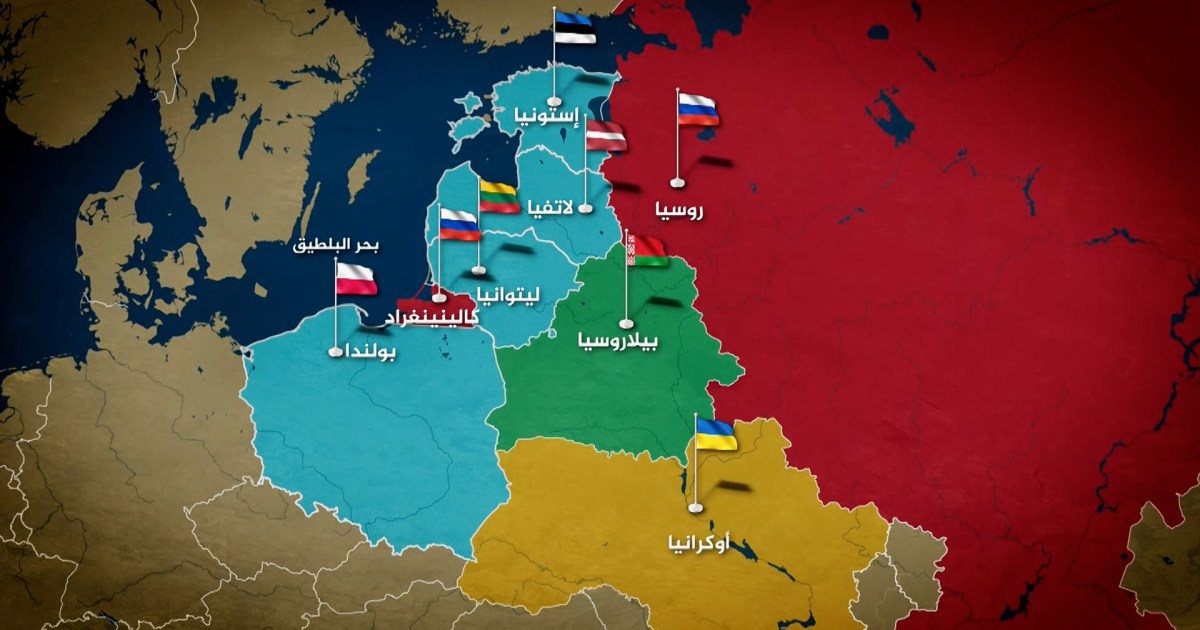 In an unprecedented measure invoking European Union sanctions against Russia, Lithuania restricted Russian rail transport operations to the Kaliningrad region, and prohibited the transportation of sanctioned goods to the strategic region.

The decision of the member state of the European Union and the North Atlantic Treaty Organization (NATO) comes at a time when the residents of the region - which is isolated from Russia and does not have a common land border with it - fear a shortage of goods due to the disruption of logistics services (at a minimum) until new transport chains are found. In the Baltic Sea, this region has access to the sea.

In protest against the decision, the Ministry of Foreign Affairs in Moscow summoned the European Union Ambassador to Russia Markus Ederer, and while Russia is still trying to solve the problem by diplomatic means, there are calls inside the country to breach the land corridor to Kaliningrad via Lithuania by military means.

Although land transit between Kaliningrad and other regions of Russia has not been stopped or prohibited, and the transit of passengers and goods not subject to European Union sanctions continues, it is clear that there will be tangible repercussions for the Russian economy of this Lithuanian measure to stop transport by rail.

The list of goods prohibited for transit from Russia to the semi-isolated region is based on the latest version of the EU Council Regulation “On Restriction of Measures Related to Russia’s Actions to Destabilize Ukraine”, which includes a ban on the import or transfer of products made of iron, steel and some other metals, as well as caviar alcohol, fertilizers, timber, goods made of wood, glass containers, and cement.

As of the tenth of next August, the ban on the transportation of coal will start, and from the fifth of next December, oil is prohibited, and from the fifth of February 2023, all oil products are prohibited, and it is mentioned that Article 3 of the European sanctions regulation also prohibits companies Russian transport Transport of goods via EU roads, except for goods to Kaliningrad.

Moreover, the transit ban is an inconvenience and costs additional expenses, especially for concrete and steel structures, even when switching to sea transport.

Unlike rail, shipping is highly dependent on weather, and storms often delay the arrival of goods, which can affect prices.

The authorities in Kaliningrad estimate the volume of freight transport by rail at 40-50% of all freight that passed through Lithuania by rail.

The authorities of the region assure that sea transport can replace rail transport, and according to its preliminary estimates, for the optimal redistribution of freight traffic, 7 ships located in the Baltic Sea are needed to participate in the work, and two of them enter the line this week, as The carriers are ready to place the rest of the ships.

In recent years, about 10-15 million tons of goods have been shipped by rail annually, and Russian economists confirm that the capabilities of the port complex in the Kaliningrad region will allow to fully process these shipments, and according to available estimates, the production capacity of freight port terminals is about 45 million tons annually, in addition to The port facilities in the Leningrad region are also sufficient to maintain cargo turnover, and in order to replace freight transportation by rail, it may be necessary to increase the number of ferries between the Kaliningrad and Leningrad regions, according to economists.

As for cement, for example, in 2020, about 443,000 tons of different types of cement were delivered to the Kaliningrad region from the Russian territory.

It is noteworthy that cement is not a difficult commodity to transport, does not require special port facilities and can be transported by sea, but its prices will not remain at their current rate in all cases.

Economist Vasily Galupkin believes that Russia is unlikely to take military measures to resolve the crisis, although Lithuania's decision is a dangerous escalation and contradicts even its economic interests, as Russia is for it a major trade and economic partner in both exports and imports.

He suggested - in an interview with Al Jazeera Net - that if Lithuania refuses to reverse its decision, Moscow may impose sanctions on all Lithuanian goods, in addition to suspending energy traffic from Belarus.

Moreover, Galupkin does not rule out the judicial annulment of Gorbachev’s decrees of September 5, 1991 on the independence of Lithuania, and the withdrawal from the agreements with the European Union on Lithuania, since Russia recognized the borders of the Baltic Republic in return for guarantees of the continuous transit of Russian citizens and Russian goods to Kaliningrad. Thanks to this recognition, Lithuania was able to join the European Union and NATO.

Kaliningrad is located outside the Russian borders;

Because it was originally a German city called Königsberg within East Prussia, and in April 1945, Soviet forces launched an attack on Germany and captured Königsberg, and in May 1945, Germany announced its surrender, and in the summer of the same year, the "Potsdam" conference was held, which resulted He ceded the city of Königsberg to the Soviet Union.

The late Soviet leader Joseph Stalin had demanded before that - during the Tehran Conference in 1934 - the transfer of Königsberg and East Prussia to the Soviet Union, because the country did not have enough ice-free ports on the Baltic Sea.

Kaliningrad is a major transport hub in Russia, due to the large and well-developed network of railways, highways, sea and river ports, the Khrabrovo International Airport, and the headquarters of the Baltic Sea Fleet of the Russian Navy is located in Kaliningrad.

For a long time Kaliningrad was a closed city due to its strategic location, but with the collapse of the Soviet Union, everything changed, and the status of the 200 square kilometer area changed after Lithuania declared independence in 1990.