A pair of the acutely endangered white-backed woodpecker has had a successful breeding in Norrbotten - and given birth to two young. At the same time, it has been a successful year for the species throughout the country. 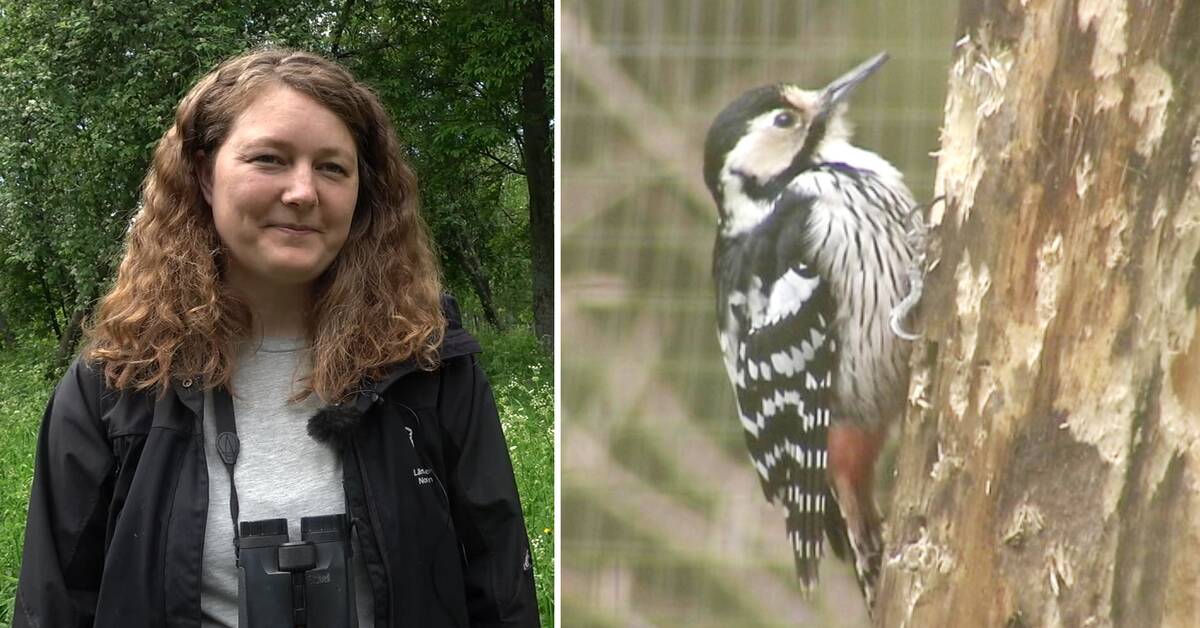 The white-backed woodpecker has appeared at several feeding stations in Norrbotten in recent winters.

This year, three couples and seven single individuals have been observed.

The woodpecker pair had young

One of the pairs also decided to breed.

The couple had young, at least two, who after a while have left the nest.

The breeding is the first observed in Norrbotten since 2012.

- It's great that they went to nest and also had young, says Alexandra Lindmark, nature conservation officer and who works with endangered species at the County Administrative Board in Norrbotten.

The nesting also took place in the vicinity of support feeds that the county administrative board together with Norrbotten's Ornithological Society for a few winters placed in deciduous forest areas.

Successful year for the species throughout the country

It has also been a successful year for the endangered species around the country.

Within the Swedish Society for Nature Conservation's project for the white-backed woodpecker, eleven confirmed nests have been found, which means that at least 60 people live out in the forests.

It is the best result in a very long time.

According to the association, the increase is largely due to work to recreate the white backs' habitats, old deciduous forests with a lot of dead wood, and that white backs have flown into northern Sweden from Finland.

Hear Alexandra Lindmark about the nesting in the video.