Macron: Limit to "my confidence in the long term"

Emmanuel Macron "confirmed" on Saturday his confidence in Elisabeth Borne "in the long term" and instructed the Prime Minister to sound out the parliamentary groups on their "degree of cooperation", in order to define... 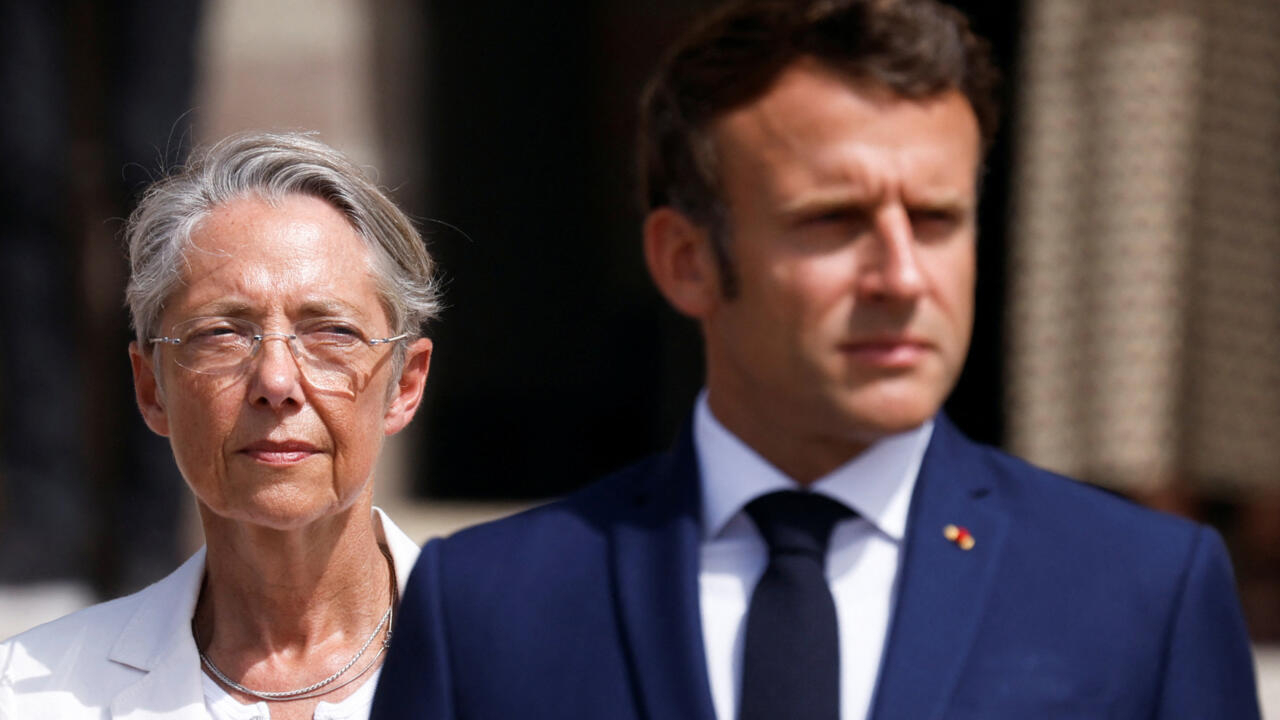 Here are the main statements of the Head of State, in an interview with AFP:

QUESTION: You gave political forces 48 hours on Wednesday to position themselves.

What conclusions do you draw from this and what is the next step now?

ANSWER: "Wednesday evening, I asked that there could be a clarification from the political forces for this weekend so that we can draw the consequences.

The French have asked us to keep an ambition, a desire for reform, the course that the presidential election has given the country.

This is what made them put the presidential majority ahead of this vote.

They also asked to act in a spirit of compromise, dialogue, respect and listening, with other political forces.

This is what makes the majority only relative.

We have to build a path, build a way.

The last few days have brought to light the fact that within the parties of government, dissonant voices have been expressed, some calling to refuse the outstretched hand, others to make formal agreements, the last to cooperate text by text.

I have decided today to confirm my confidence in Elisabeth Borne and seeing both the refusals and the availability, I have given her a mandate, in the coming days, to formally and precisely explore with the groups of the National Assembly which correspond to political forces of government, the degree of cooperation to which they are ready.

Firstly, if they are ready to pass government agreements, with or without participation, which would mean political groups which would engage in the long term alongside the presidential majority and which would like to be represented or not in the government.

Second, whether they are prepared to vote for confidence or to abstain.

Thirdly if they are ready to vote for the budget or to abstain.

And then what is the position of each of the groups on the main legal texts that will punctuate the coming months and the elements that they wish to bring to it.

It is based on major priorities which are productive ambition, work, the desire to build an independent nation, ecological ambition, security, the desire to reinvest in health and education and to reform them in depth.

And also the seriousness, the spirit of responsibility in terms of public finances, therefore without increasing either taxes or the debt, but by producing more and creating more wealth through work.

On the basis of these exchanges and these discussions, on my return from the G7 and NATO summits, the Prime Minister will submit to me proposals for a roadmap for the government of France over the coming months and years. , and also for the composition of a new government of action at the service of France that we will put in place in the first days of July".

Q: Are you confident, given the first consultations, in the possibility of achieving stable majorities and being able to govern without blocking?

A: "These discussions will make it possible to see very clearly and explicitly whether a coalition is possible or whether it is a government which will have a relative majority in the Assembly but with majorities of ideas on texts.

I am confident that we can move forward.

The country needs a course, stability because we have immense challenges, the context of the war, increasingly difficult global economic and financial situations.

I have confidence in our collective ability to achieve this.

I have confidence in the ability of the Prime Minister to make them emerge.

I have confidence in the spirit of responsibility of the government forces.

All this also requires a profound change of method that I had begun to build after the presidential election with the implementation of the National Council for Refoundation.

Q: Will the Prime Minister ask for a vote of confidence in her policy statement?

A: "This question will be decided following these consultations, the roadmap thus submitted and the composition of the new government that it will propose to me.

She has my confidence to lead these consultations, build a government roadmap and, in accordance with the Constitution, submit to me proposals for the formation of a new government of action in the service of France.

The Prime Minister has my confidence to lead the government's action over the long term for our country".

Q: How do you define the government parties with which you intend to work?

A: "It will be communists to the LRs. The French have granted legitimacy to the RN and LFI deputies and these parties have a political formation. I do not confuse the extremes but by their expression, their positioning - I have always been clear on this subject - these formations do not register as parties of government".

Q: What will be your role in this new political configuration?

A: "I consider that my responsibility and my role are firstly to be faithful to the commitments I made to the French men and women in April, this is the mandate they gave me. Secondly , as guarantor of the institutions, to listen to the message that was sent and translated to the ballot boxes in the legislative elections.

And thus to be in the desire to build constructive compromises, consistent with the project that I carried and which was defended by the presidential majority ".

Q: Is pension reform still on the agenda?

A: "This is part of what I mentioned when I was talking about the framework. The transformations to come will not be financed by more taxes, nor by more debt, but by more work and the ability to create wealth in our country. This entails two major reforms that we must carry out in consultation, without totems or taboos, but keeping a course of ambition: the reform towards full employment (…) but also working longer as everyone does our neighbors by taking into account the working conditions and therefore the rules of arduousness, by taking into account long careers, but by recognizing that we cannot have one of the most generous models of the developed countries by being one of those who has the earliest retirement rate.

Q: So you also confirm the launch of the National Council for Refoundation?