“Israel is being integrated into the region through military alliances, to confront Iran, Hezbollah and Hamas,” said Ismail Haniyeh, head of the Hamas political bureau. This came in a speech he delivered at the Arab and Islamic National Conference in Beirut. 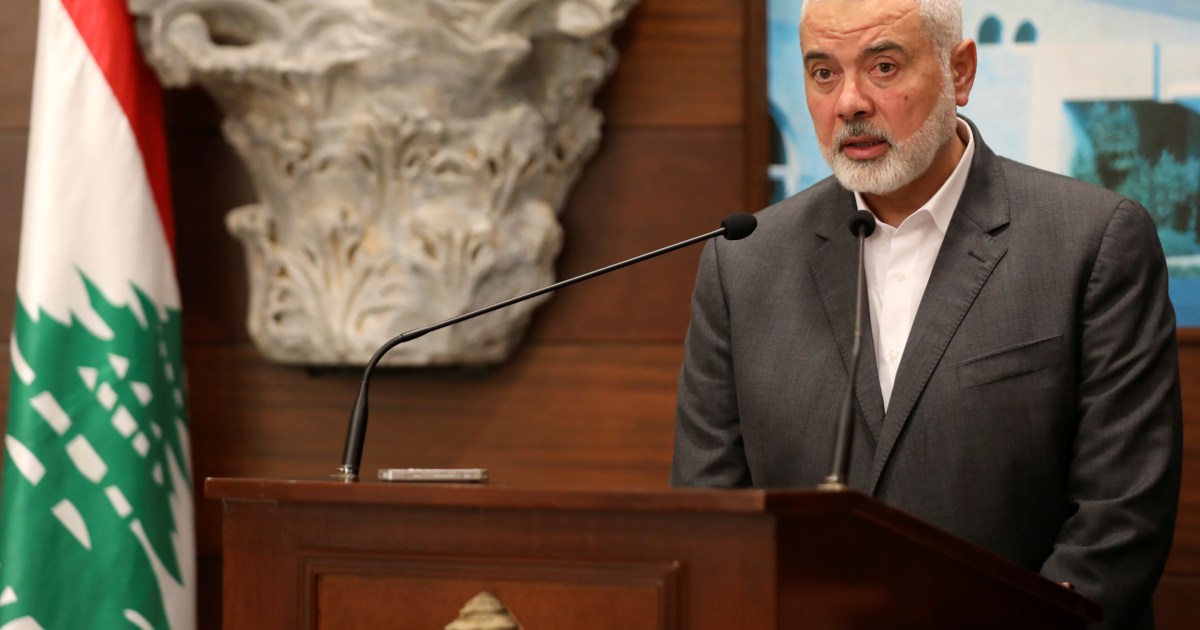 Ismail Haniyeh, head of the political bureau of the Islamic Resistance Movement (Hamas), said that normalization with Israel harms Palestine and the printing countries and serves the Zionist entity.

Haniyeh added - in a speech he delivered at the Arab and Islamic National Conference held in Beirut - that the Israeli entity is being integrated into the region through military alliances to confront Iran, Hezbollah and Hamas.

He also called for reconciliation between the components of the nation and within a single state, stressing the importance of coordination between the arenas and fronts of resistance and not to allow Israel to draw the next scene in the region, as he put it.

It is noteworthy that Haniyeh discussed - on Thursday - with the Secretary-General of the Lebanese Hezbollah, Hassan Nasrallah, in Beirut the political developments and threats in the region.

According to a Hezbollah statement, during their meeting, the two sides affirmed the "resistance's cooperation to serve the Palestinian cause," and "discussed the development of the resistance axis and the existing threats, challenges and opportunities."

Haniyeh and an accompanying delegation arrived in the Lebanese capital last Thursday for a visit for several days, during which he will meet with state officials, Lebanese authorities and actors, and the Palestinian factions.

Nasrallah and Haniyeh's meeting came a day after Israeli Defense Minister Benny Gantz warned that the occupation army was capable of destroying Hezbollah and, if necessary, overrunning Beirut and Sidon.