Complaints of exploitation and rape were filed against them.. The curse of sexual accusations is chasing ministers in Macron's government

Three ministers in the government of French President Emmanuel Macron faced accusations of rape and sexual exploitation, some of which are still under investigation, and the matter is related to the Ministers of Interior and Solidarity and the Secretary of State for Development Affairs. 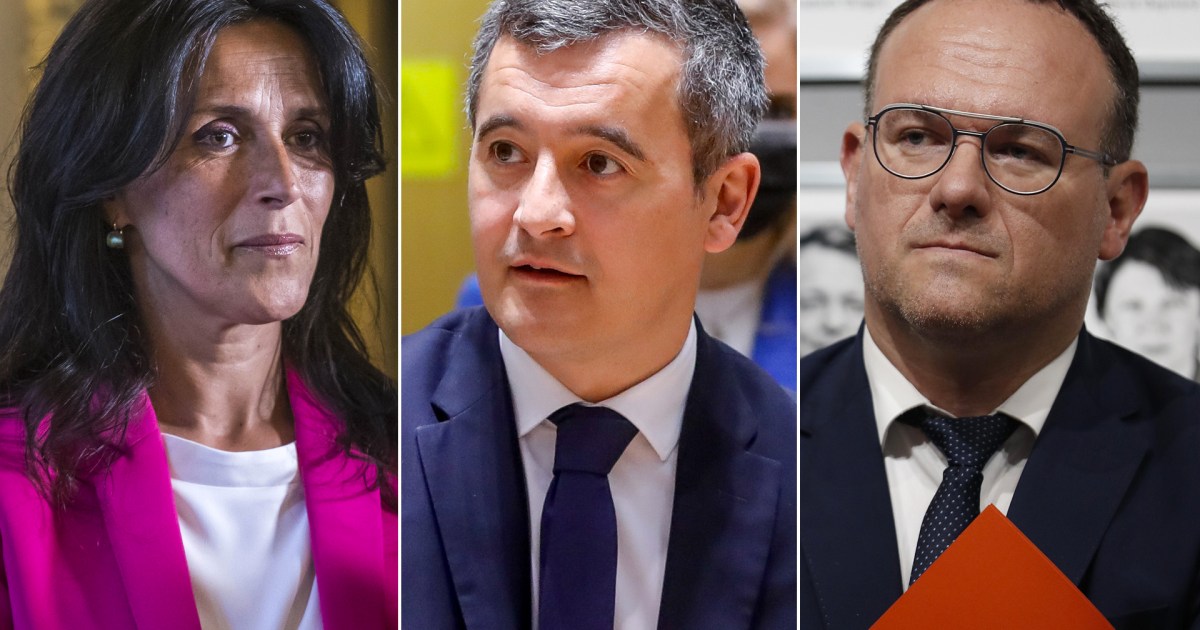 French President Emmanuel Macron finds himself in a very complicated political situation, after losing an absolute majority in the legislative elections in Parliament, and accusations of sexual assault by ministers in his government.

The accusations of sexual assault against 3 ministers in his government come to make matters worse, and inflame the level of tension raised by the opposition, which denounced what it considered undemocratic methods of running the political scene, and the masses suffering from a major economic crisis due to the repercussions of the Corona pandemic and the Russian war on Ukraine.

The latest accusations surfaced after the "Marianne" magazine revealed accusations related to the Secretary of State for Development, Francophonie and International Partnerships, Chrysola Zakharopoulou, as two people - each separately - filed a rape accusation complaint against the French official.

"Marian" quoted a source close to the file that the facts attributed in the second complaint occurred within a "medical framework" in 2016, and concerned an adult woman.

Zakharopoulou, 46, a European deputy since 2019, was appointed secretary of state last month, and she is a member of President Emmanuel Macron's "Republic on the Move" party, which was recently renamed "Ennahda".

Commenting on the accusations against her, Zakharopoulou considered these accusations "unacceptable and disgusting".

Solidarity Minister in the dock

The woman's first complaint - nicknamed Margot - was rejected because there was "not a sufficiently serious violation", according to the Paris Public Prosecutor's Office.

Mediapart also revealed that the French minister sought to put pressure on one of the women he accused after publishing her testimony on the investigative website.

"I am not a judge and the investigations are not conducted with anonymous testimonies," Prime Minister Elizabeth Bourne commented, urging women who accuse Abad of sexual violence to take the necessary legal measures.

Minister of the Interior "assistant witness"

In turn, Interior Minister Gerald Darmannan found himself in the dock after complaints, one of which was related to rape.

In a lengthy Mediapart report, Sophie Patterson Spatz's complaint was highlighted in June 2020 after her file was closed in February 2018.

In this case - as the site's investigation says - text messages, a letter to the then Minister of Justice and some testimonies indicate that Darmanan used his actual or supposed power to obtain "forced" sexual services for the activist and agreed upon for him from an activist who came to the headquarters of the "Union for the Liberation of People's Movement" for the purpose of assisting a legal case.

He placed the Minister of Interior in this case under the status of "assistant witness", which is a middle ground between the status of the ordinary witness and the accused, a status that can change if "serious or compatible evidence" is collected, because any member of the government who is accused must leave office.

However, the Public Prosecution decided to close the file and not carry out a judicial prosecution at the beginning of this year.