United Kingdom: the British are tightening their belts because of inflation

Inflation figures continue to soar in the UK. Prices rose 9.1% in May, according to the Office for National Statistics. As a result, the British are buying less in… 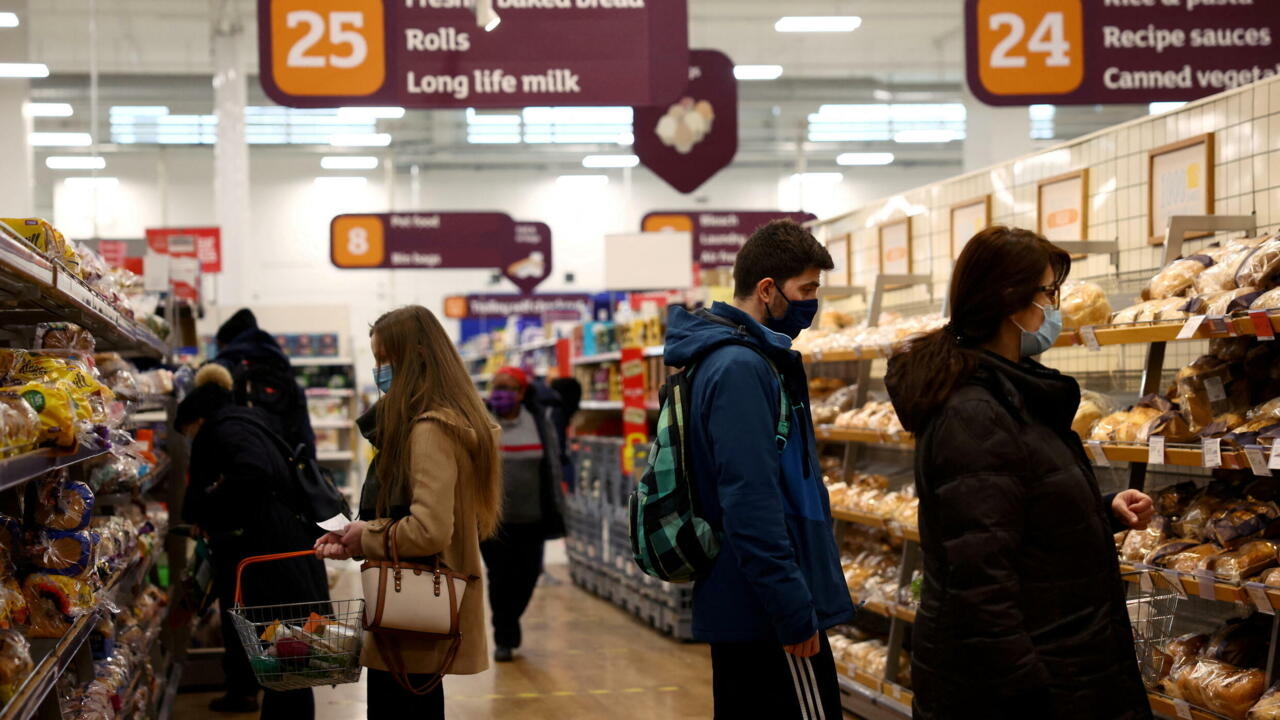 United Kingdom: the British are tightening their belts because of inflation

According to the ONS, inflation is pushing Britons to tighten their belts.

Inflation figures continue to soar in the UK.

Prices rose 9.1% in May, according to the Office for National Statistics.

As a result, the British buy less in supermarkets.

Retired, Iris begins to worry at the supermarket checkout.

She is one of those 40% of Britons who

are reducing their weekly shopping cart

because of rising prices.

All food has increased, not by much, but enough that we are no longer comfortable financially.

And it will be even worse this winter, with the increase in energy prices

Spending fell 1.6% in volume from April.

And the outlook is gloomy: consumer confidence, which had already reached a historic low in May, fell again in June, according to the GfK institute.

It reached -41, the worst score ever recorded since the start of the surveys.

► Also to listen: International Guest - Strikes and inflation in the United Kingdom: "Prices are rising faster than wages"

“I had to give up my little pleasures

In charge of shopping for her family of four, including two teenagers, Laura, a lawyer, had to change her habits: “

If I have to do a lot of shopping, I go to discounters, German supermarkets.

I focus on what we need, what comes from here, vegetables and meat.

Anything containing wheat has gone up.

Before, the package of pasta cost 80 cents, you can't find it at that price anymore

Many commodities have seen their prices explode.

This is the case for pasta, for example, the price of which has increased by 16%.

The lawyer does not reduce the portions of the meals, but she is less happy, like David, a retiree.

I hardly ever buy wine anymore.

Before, my races were around 100 pounds a week.

Due to rampant inflation, the annual food budget could increase by nearly €450 this year.