A senior Afghan official said today, Friday, that the authorities have ended the search for survivors after the earthquake that killed and injured thousands. For its part, the United Nations confirmed that humanitarian organizations are suffering from a crisis in transferring funds. 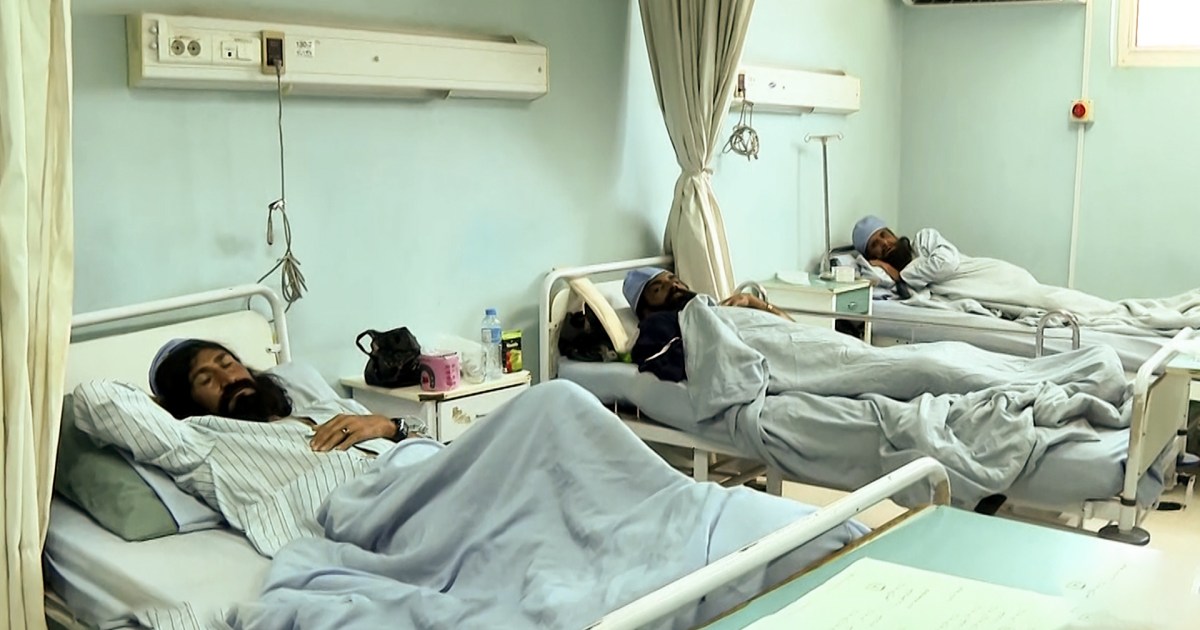 A senior Afghan official said today, Friday, that the authorities have ended the search for survivors after the earthquake that killed and injured thousands of people, while the United Nations confirmed that humanitarian organizations are experiencing a crisis in transferring funds to this country.

Disaster ministry spokesman Mohammad Naseem Haqqani told Reuters that about 10,000 homes were partially or completely destroyed in Wednesday's earthquake in a remote part of the country near the border with Pakistan.

"The search process has ended, a thousand people died, and about 20,000 were injured, between serious and superficial," Haqqani added, amid a severe shortage of "supplies of medicines and other necessary aid."

He did not give any details of why the search for survivors was ended about 48 hours after the quake, although survivors were pulled out of the rubble in the wake of previous earthquakes after a longer period.

The 6.1-magnitude quake struck about 160 km southeast of the capital in a barren mountainous area dotted with small residential communities.

Poor communications and lack of adequate roads have hampered relief efforts in a country already facing a humanitarian crisis that worsened with the Taliban's seizure of power last August.

The UN Under-Secretary-General for Humanitarian Affairs, Martin Griffiths, said that 80% of humanitarian organizations in Afghanistan face delays in transferring funds, and that two-thirds of these organizations reported that international banks continue to refuse transfers, and that the matter hinders their response to the humanitarian situation there.

Griffiths called for the operation of the exchange center to overcome the difficulties until the reasons behind the collapse of the formal banking system of Afghanistan are addressed.

On Thursday, the Taliban announced that it had received two planes loaded with aid from Iran and one from Qatar.

Also, 8 trucks loaded with food and first aid supplies arrived from Pakistan, which is adjacent to the state of Paktika, and India - which has tense relations with the Taliban - said that it had sent through two flights 27 tons of aid and it will be delivered to international relief agencies.

For its part, the European Union announced yesterday that it was ready to "provide emergency aid" while the United States confirmed "with deep sadness" that it was considering humanitarian "response options".

Japan, South Korea, Taiwan and the UAE also announced yesterday that they intend to send aid.

This new tragedy, in a country suffering mainly from an economic and humanitarian crisis, constitutes a major challenge for the Taliban, which has been in power since mid-August after the departure of the American invasion forces.

Afghanistan has only a very limited number of helicopters and aircraft.

"It is difficult to reach the affected sites," said the media official in Paktika state, Muhammad Amin Hudhaifa, especially that "the area witnessed floods last night caused by heavy rains," stressing that there is no new assessment so far.

And Afghanistan witnesses frequent earthquakes, especially in the Hindu Kush mountain range, which is located at the intersection of the Eurasian and Indian tectonic plates.

These disasters can be particularly devastating because of the low resilience of rural Afghan homes.

The most violent earthquake in the modern history of Afghanistan occurred in May 1998, killing 5,000 people in Takhar and Badakhshan provinces (northeast).