FP: Why did Medvedev go from a kind, Western-friendly technocrat to a crazy war hawk?

The American Foreign Policy magazine published a report on former Russian President Dmitry Medvedev, saying that the technocrat who was showing nice behavior, love of technology and friendliness to the West, has turned into a crazy war hawk. 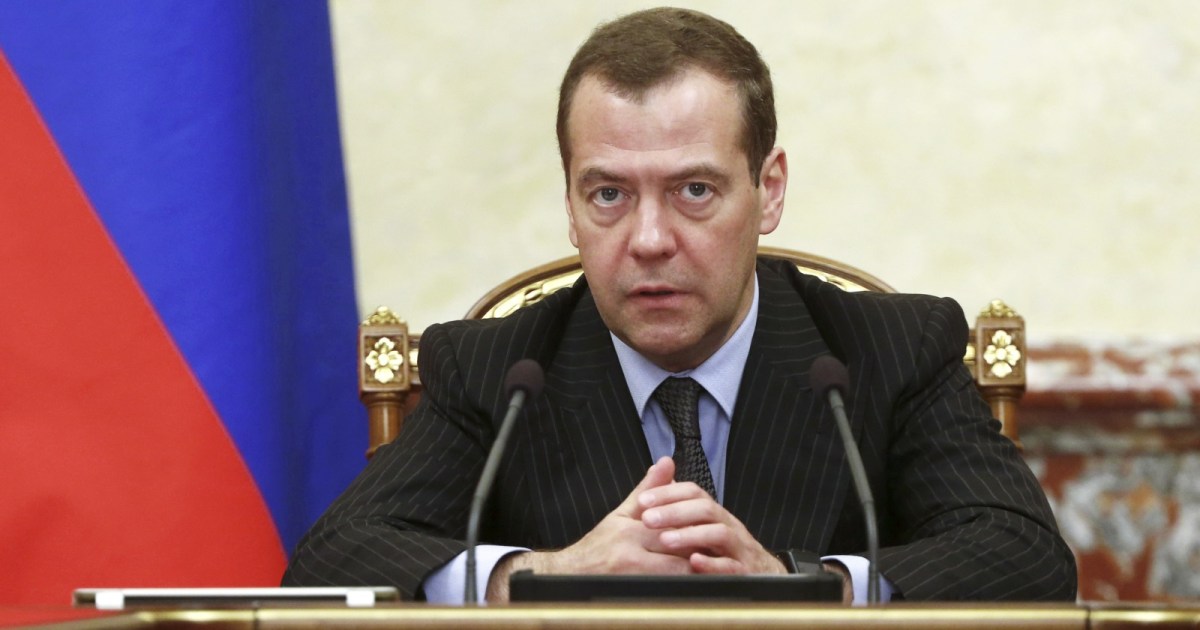 on former Russian President Dmitry Medvedev saying that the technocrat who showed kindness, love of technology and friendliness to the West has turned into a crazy war hawk.

The report's author, Amy McKinnon, the magazine's national security and intelligence correspondent, quoted analysts as saying that Medvedev is looking to cover his back and support his political future as the internal turmoil caused by Russia's invasion of Ukraine begins to emerge, and speculation about the health of Russian President Vladimir Putin continues to escalate.

Mark Galeotti, a fellow at the Royal United Services Institute in the United States, said: "There is a lot of anxiety among the Russian political elite, even among those considered to be under Putin's protection. For some, that means staying out of sight and for others, pretending to be hawks." But it all stems from the general feeling that winter is coming and no one knows what it will be like."

She reported that Medvedev is tending these days to use Twitter and other social media platforms to spread outrageous messages about American and European officials in addition to making hidden threats to attack the United States and wipe Ukraine from the map.

In a Telegram post on Monday, he said the United States should beg Russia to resume arms control negotiations.

"Let them run or crawl back and ask," he wrote.

And in October last year, shortly before Russia began to reinforce its troop presence along its border with Ukraine, Medvedev published an article in the Russian newspaper Kommersant, which contained conspiracy theories and contempt for Ukraine's leaders.

In a clip full of anti-Semitic overtones, Ukrainian President Volodymyr Zelensky, a Jew, accused him of being indebted to the Nazis.

But even by these standards, the remarks of Medvedev, who was kind-hearted, raised eyebrows.

Russia is an existential threat to Europe

She went on to say that the former president's descent into a rage against the Western machine reflects Russia's broader transformation from a troublesome neighbor to an existential threat to Europe and possibly worse.

It quoted Tatiana Stanovaya, a Russian political analyst and founder of the "R-Polytech Consulting Company", as saying that what is currently happening in Russia is considered one of the largest conspiracies in the country's internal politics, and given his awareness of the surrounding hawks, it is possible that Medvedev's revolutions are an attempt to gain support in the new political climate for Russia. , which has become significantly more nationalist and intolerant of dissent since the invasion of Ukraine, adding that Russia has changed, and Medvedev must show that he belongs with it.

McKinnon stated that Medvedev's isolation has increased in recent years as his allies have been arrested or driven into exile, making him dependent on "good Putin".

Some of his previous personality traits

She drew attention to the fact that when Medvedev was installed as president in 2008, after Putin's first two presidential terms, he revived hopes in Russia and the West that reform is still possible.

Medvedev has shown a markedly different personality from his predecessors.

At just 42 years old, he was not so tainted by the Soviet political system, that he graduated from law school just a few years before the fall of the Berlin Wall.

He was talking about the weakness of democracy and the inefficient economy in the country, and he seemed to embrace modern technology and was optimistic about its positive impact sweeping the world.

She referred to former US President Barack Obama's pursuit and openness to Russia led by Medvedev and to "reset" the country's relationship with Moscow, as he traveled to Moscow during his first year in office.

The report also quoted Eugene Romer, director of the Russia and Eurasia Program of the Carnegie Endowment for International Peace, as saying that Medvedev had retreated years ago from his role as a political figure independent of Putin.

Tatiana Stanovaya was quoted as saying that Medvedev is fighting for his future place in a post-Putin Russia.