At least 18 migrants killed on the border with Melilla

The death toll is rising after thousands of migrants on Friday tried to storm the border between Morocco and the Spanish exclave Melilla. At least 18 people have now been confirmed dead and several migrants and police were injured in the crowd, according to authorities. 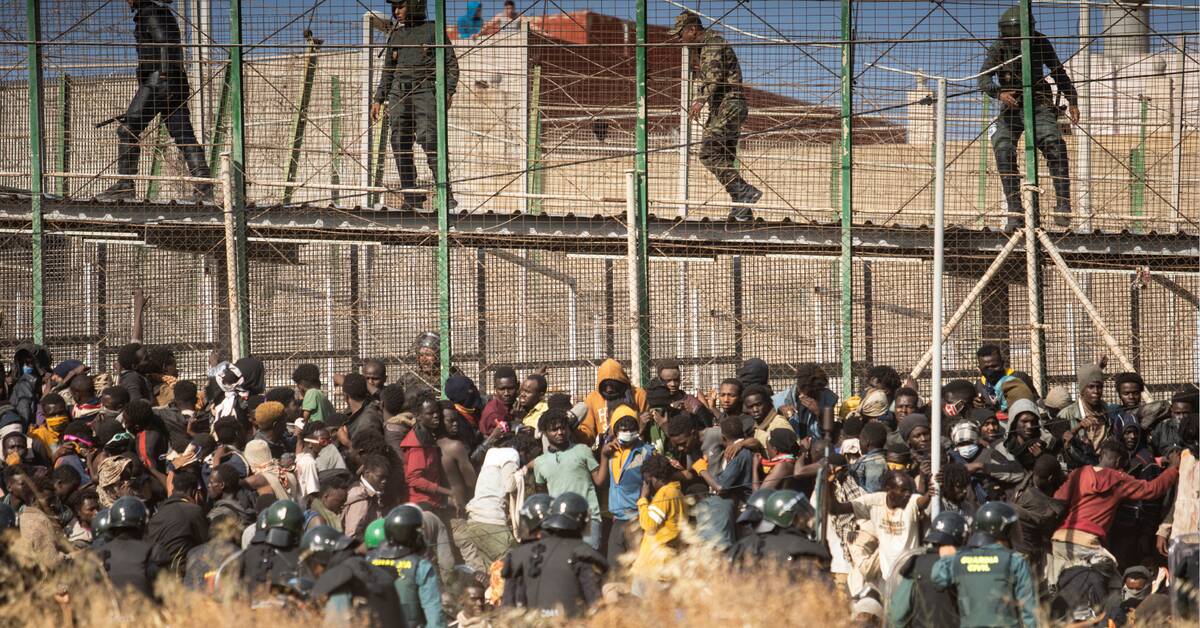 The congestion occurred when people tried to climb up the metal fence, according to the Moroccan Interior Ministry.

Another 76 migrants and 140 Moroccan police officers were injured, according to previous figures.

Spanish authorities say 49 guards were slightly injured and 57 migrants were treated, none of them with serious injuries.

In addition, four police vehicles were vandalized by stone-throwing migrants.

A group of about 2,000 people reached the border at dawn, and over 500 of them managed to get into the border station after cutting up the fence with scissors, the local Spanish government states.

A total of 130 people are then said to have crossed the border into Melilla, where they are taken to a local migrant center to have their case tried.

Melilla and Ceuta, another Spanish city in Morocco, are the EU's only land borders with Africa.

Many African migrants try to get that way, either by climbing fences at the border or swimming along the coast, and then trying to get on to mainland Europe.

Storms similar to the one on Friday also occurred on two occasions in early March this year.