“The head of the family, youth and sports department Dmitry Savluchenko died”: a terrorist attack occurred in Kherson

A terrorist attack occurred in Kherson: a car was blown up in which was the head of the family, youth and sports department of the military-civilian administration of the Kherson region Dmitry Savluchenko. He died. Earlier this week, an attempt was made on the life of the head of the Chernobaevka VGA, Yury Turulev, who escaped with injuries. Meanwhile, the authorities of the Lugansk region, controlled by the Kyiv regime, announced the withdrawal of the Armed Forces of Ukraine from Severodonetsk. In addition, the authorities of the Belgorod region reported damage to more than 350 households in the region as a result of shelling from Ukraine. At the same time, the "yellow" level of terrorist threat was extended in the Kursk region until July 8. 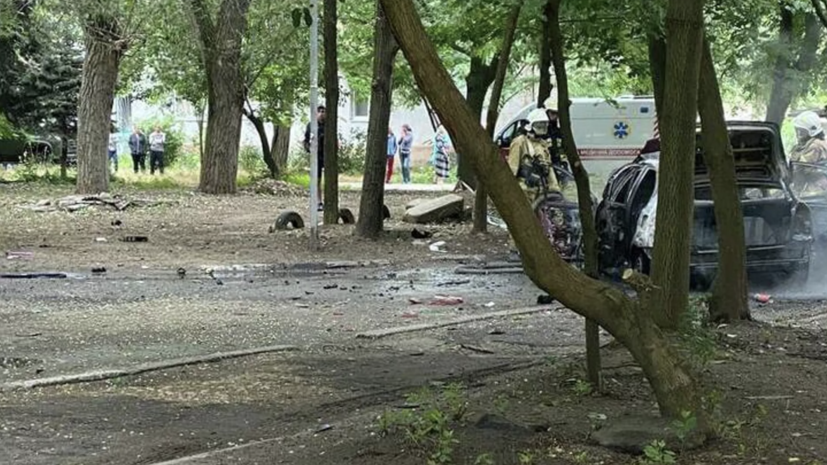 On the morning of June 24, a terrorist attack took place in Kherson, as a result of which at least one person died.

“They blew up the car, the details of the victims are being investigated.

It was a terrorist attack,” RIA Novosti reported with reference to the press service of the military-civilian administration of the Kherson region.

The victim of the attack was a local official.

“Yes, it was my employee who died.

Head of the Department of Family, Youth and Sports Dmitry Savluchenko, ”said Kirill Stremousov, deputy head of the administration.

According to media reports, before the special military operation, Savluchenko was a member of the Ukrainian Opposition Platform - For Life party (in June, a Ukrainian court banned its activities) and adhered to pro-Russian views.

In Ukraine, he was persecuted for treason, writes the Ukrainian portal "STRANA.ua".

Earlier this week, in the Kherson region, there was an assassination attempt on the head of the military-civilian administration of Chernobaevka, Yury Turulev.

The Kyiv regime tried to strike from the tactical missile system "Tochka-U" on the building of the administration of the head of the Luhansk People's Republic Leonid Pasechnik, said Lieutenant Colonel of the People's Militia of the LPR Andrei Marochko.

“Tonight, the Ukrainian military-political leadership gave the order to strike with the Tochka-U tactical missile system on the capital of the LPR, Lugansk.

Thanks to the coordinated air defense actions, the missile was shot down on approach in the area of ​​​​the Teplichnoye settlement.

Based on the flight path and calculated data, the target was the administration of the head of the Lugansk People's Republic," he wrote on the Telegram channel.

According to the headquarters of the territorial defense of the LPR, as a result of the shelling of Teplichny, a woman born in 1985 was injured, and 16 housing constructions were destroyed.

The Kyiv-appointed head of the Luhansk regional military administration, Serhiy Gaidai, said on the air of the Dom channel that Ukrainian troops were ordered to leave Severodonetsk.

“Now the situation that it makes no sense to be in broken positions, because every day the number of deaths in unfortified territories can grow proportionally,” RIA Novosti quotes him.

According to him, more than 80% of the city's residential infrastructure has been damaged or destroyed.

Also on russian.rt.com “Personnel hunger is growing”: how dodgers, women and prisoners are mobilized in Ukraine

According to a RIA Novosti source close to the command of the People's Militia of the LPR, the allied forces are developing an offensive against the city.

“Our advanced detachments went to the so-called RTI area - a rubber products factory, where the industrial zone and neighboring houses built for its workers are located.

We managed to gain a foothold here, in particular, to occupy a stronghold and a checkpoint located on the site of the former traffic police post,” he said.

The governor of the Belgorod region, Vyacheslav Gladkov, said that since February 24, the border regions of the region have been heavily hit by attacks from the Armed Forces of Ukraine.

“A total of 359 households and 112 cars were damaged,” he wrote on his Telegram channel.

“Work continues in the villages of Maisky and Kozychevo.

And temporarily suspended work in Zhuravlevka, Nekhoteevka and Sereda.

The situation here is still unsafe,” the governor added.

In the Kursk region, the “yellow” level of terrorist danger has been extended until July 8, Governor Roman Starovoit said in his Telegram channel.

According to him, the relevant collegial decision was made at a meeting of the antiterrorist commission.

“I ask residents to be vigilant: report suspicious citizens or left objects to the police at numbers 102 or 112,” he added.

In recent months, the territory of the Kursk region has been repeatedly shelled by the Armed Forces of Ukraine.

The "yellow" level of terrorist threat was introduced in the region on April 11 in connection with possible provocations by Ukrainian nationalists.