From the "hypnotic" whirlwind of the British Anish Kapoor to the fantasized moon of the Chinese Mao Tao, from Californian street-art to Corsican or Marseille video creations, Bonifacio, in the far south of the island... 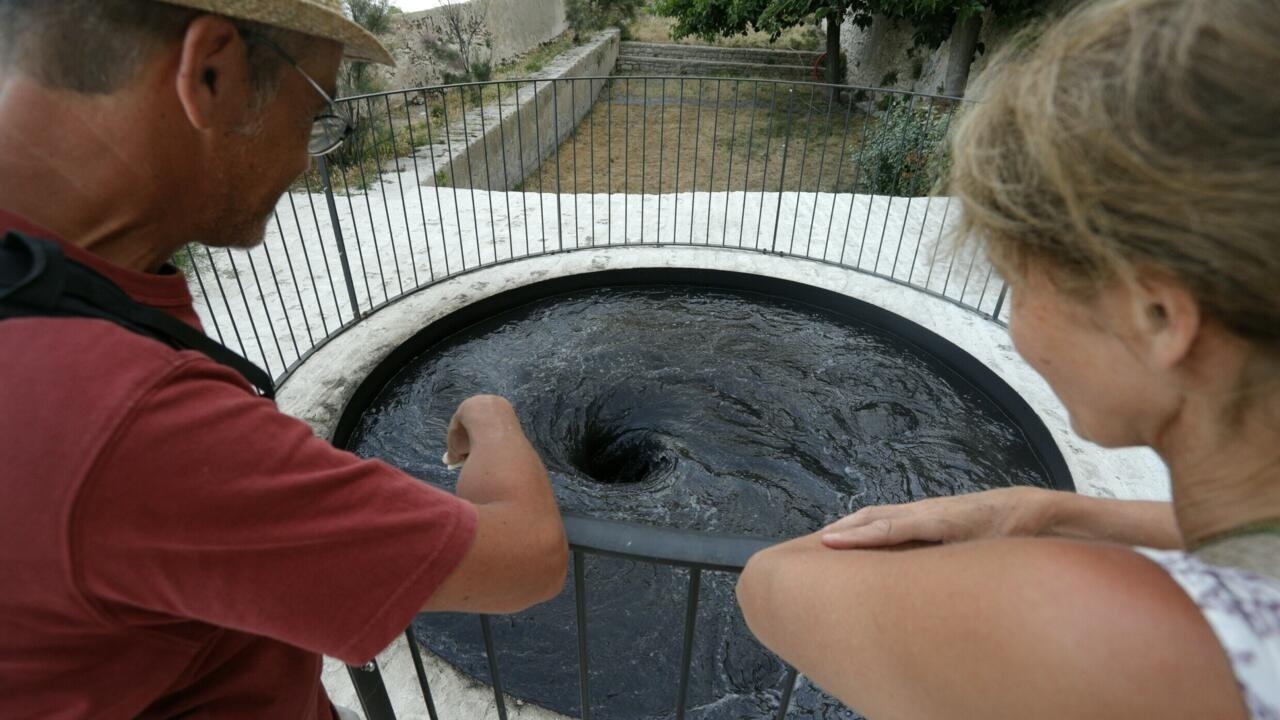 In total, about fifteen French, Moroccan, American, British, Brazilian, Dutch, Turkish and Chinese artists exhibit their works until November in six emblematic sites for the most part "remained closed to the public until now", offering " a "heritage and artistic rediscovery of the city", explains to AFP Dominique Marcellesi, 30, one of the two creators of this biennial.

In this city of 3,000 inhabitants which welcomes two million annual visitors, especially in summer, this first exhibition, called "Rouge Odyssée", refers to Homer's Odyssey which passed through Bonifacio and immerses the visitor, through videos, installations and graffiti, in the Mediterranean and the themes of exile, uprooting, migratory movements or slavery.

"We wanted to bring to a rural and island space a cultural offer usually confined to large urban and globalized spaces", while also highlighting "Corsican artistic production", comments Dominique Marcellesi.

The exhibition was designed in three parts, the first evoking "the movement of the elements, of time, of nature", he explains.

The route begins at the Saint-Roch micro-chapel, which usually only opens its doors once a year, for a mass, with "Lavezzi", a film by Corsican artist Mélissa Epaminondi showing a Mediterranean Sea filmed at flush with the foam, calm or unleashed, then adorned with a red filter evoking "as much desire as danger", points out Prisca Meslier, co-founder of the biennial.

Then, in the garden of the bastion, the gaze glides from the breathtaking panorama of white limestone cliffs plunging into the blue of the Mediterranean to the work "Descension" by the famous British visual artist Anish Kapoor: a whirlwind of black liquid three meters in diameter which seems to disappear into the ground, ad infinitum, with an ogre noise.

Already exhibited, notably in Versailles and New York, "this work is the most emblematic of the exhibition, it required enormous engineering to integrate it into the Bonifacian architecture which is protected", underlines Prisca Meslier.

"It's impressive, frightening at first and totally hypnotic, it's hard to get out," enthused Nathalie and Xavier Sulmont, two architects from Lyon on vacation.

For the second part of the exhibition, on "the movement of bodies, of individuals in space", the stroll through the upper town leads to the old cinema, closed in 1965, which hosts the creations of two artists: the film "The Leopard" by the British Isaac Julien on migratory exile and the visual work of the 84-year-old Turkish-French feminist Nil Yalter, born in Cairo and raised in Istanbul: "the Mediterranean is her “, sums up the curator.

For the third part, which scrutinizes "the stage of the meeting", direction the Montlaur barracks, closed since the end of the 80s. The site welcomes six artists.

The young Marseillaise Sara Sadik shines in particular, with two works including a film, projected on a giant screen, which draws on the graphic universe of video games and tells the aspirations of Zine, a young man from the working-class neighborhoods of Marseille.

Also features the Chinese Mao Tao with "Fishing the Moon", a luminous and liquid highlighting of a black moon at the end of a corridor where "two loudspeakers broadcast the seven hertz frequency emitted by the earth in the universe, as well as the human spirit in the meditation phase", explains the founder.