The "Healthy Bay Area" blueprint accelerates the speeding up of cross-border medical care in Guangdong, Hong Kong and Macau

(Love the Greater Bay Area) The "Healthy Bay Area" blueprint accelerates the speeding up of cross-border medical care in Guangdong, Hong Kong and Macau   China News Service, Guangzhou, June 23 (Reporter Cai Minjie) "I think it is very convenient to see a doctor in Guangzhou, the waiting time is short, the level and quality of the medical staff are also relatively high, and the test results can be 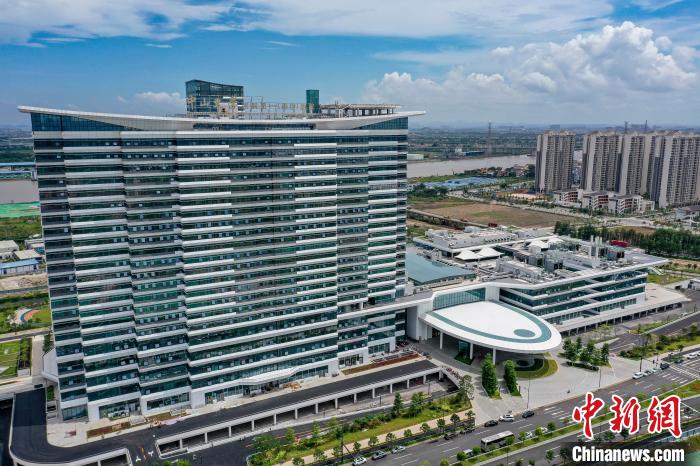 China News Service, Guangzhou, June 23 (Reporter Cai Minjie) "I think it is very convenient to see a doctor in Guangzhou, the waiting time is short, the level and quality of the medical staff are also relatively high, and the test results can be released soon, and the whole process is electronic." Hong Kong youth Feng Furong works as a teacher in Guangzhou. He said that it is very convenient for him to use the mainland medical insurance card.

More than three years after the release of the "Guangdong-Hong Kong-Macao Greater Bay Area Development Plan", the three places have accelerated the connection of public service systems and mechanisms such as medical care, education, and employment.

At the beginning of this year, the fifth wave of the new crown epidemic ravaged Hong Kong. In the front-line fight against the epidemic, 391 members of the mainland medical team supporting Hong Kong and Hong Kong medical staff walked together, taking multiple measures to "reduce severe illness and reduce deaths".

This is the first time that Mainland medical staff have been granted access, medical license and risk exemption to work in Hong Kong under the integrated system in an emergency.

"The Greater Bay Area is a family." Yu Tao, Chief of the Medical Department of Sun Yat-sen Memorial Hospital of Sun Yat-sen University, said that this mission of medical support to Hong Kong is of pioneering significance, and it has created a model for the establishment of a medical emergency mechanism in the entire Greater Bay Area.

Guangdong, Hong Kong and Macao are located in the Greater Bay Area, and the medical and pharmaceutical industries in the three places have a good foundation for exchanges and cooperation.

According to the data of the "Bay Area Social Security Link", there are currently 538,000 Hong Kong and Macao residents working and living in Guangdong for a long time.

The medical systems of Guangdong, Hong Kong and Macao are different, and achieving greater breakthroughs in information exchange, mutual recognition of qualifications, and resource sharing is an important part of promoting the construction of the "Healthy Bay Area".

According to the data, up to now, Shenzhen has opened 11 Hong Kong-owned (solely-owned joint venture) medical institutions, 1,098 professionals from Hong Kong and Macao have practiced medicine in Shenzhen for short-term practice, and a number of high-end social-run medical institutions have developed in Shenzhen; Employment system, help Macao doctors to participate in the national medical practitioner qualification examination... The medical profession in Zhuhai and Macao is promoting new cooperation.

Xu Qingfeng, director of the Guangdong Provincial Bureau of Traditional Chinese Medicine, said that by providing Hong Kong and Macao Chinese medicine practitioners with a diagnosis and treatment environment in public medical institutions in the Greater Bay Area, and encouraging them to participate in standardized training for residents, it will help the training and flow of Chinese medicine talents in Hong Kong and Macao.

The medical team from the Mainland to Hong Kong signed the protective suit and presented it to Hong Kong as a memorial to the Third Affiliated Hospital of Sun Yat-sen University. Photo courtesy of

The second batch of the Guangdong-Hong Kong-Macao Greater Bay Area's catalogue of medicines and medical devices urgently needed to be imported from Hong Kong and Macao has also been released.

The process of "homogenization" of medical and pharmaceuticals in the Greater Bay Area is accelerating.

Hong Kong has advantages in the medical personnel training system, technological innovation system and atmosphere, etc. Macau has a relatively complete community medical system, while the mainland has massive clinical medical resources, and doctors are experienced in clinical practice and surgery.

Guangzhou Nansha is building a new highland for medical and health care in the Greater Bay Area.

Along the Jiaomen River in Nansha, the Nansha Campus Project of Guangzhou Women and Children's Medical Center has taken shape. After completion, it will further radiate to Zhuhai, Shenzhen, Hong Kong, Macau and other places.

On Hengli Island, Nansha District, the First Affiliated Hospital of Sun Yat-Sen University (Nansha) is about to open, and will become an international medical center, a public health disaster treatment center in the Greater Bay Area, and a medical research and achievement transformation center.

"There are too many exchanges between the mainland and Hong Kong and Macao now." Cai Weiping, chief expert of the Department of Infectious Diseases of the Eighth People's Hospital of Guangzhou, suggested that the equalization of public health services in the Greater Bay Area can achieve breakthroughs in the system and mechanism, and build the Greater Bay Area into a integrated development.