MMA: "I always knew I would get where I wanted", assures Gane

"I always knew that I would arrive where I wanted", explains in an interview with AFP Ciryl Gane three months before her fight against the Australian Tai Tuivasa, the first organized in France by the UFC,... 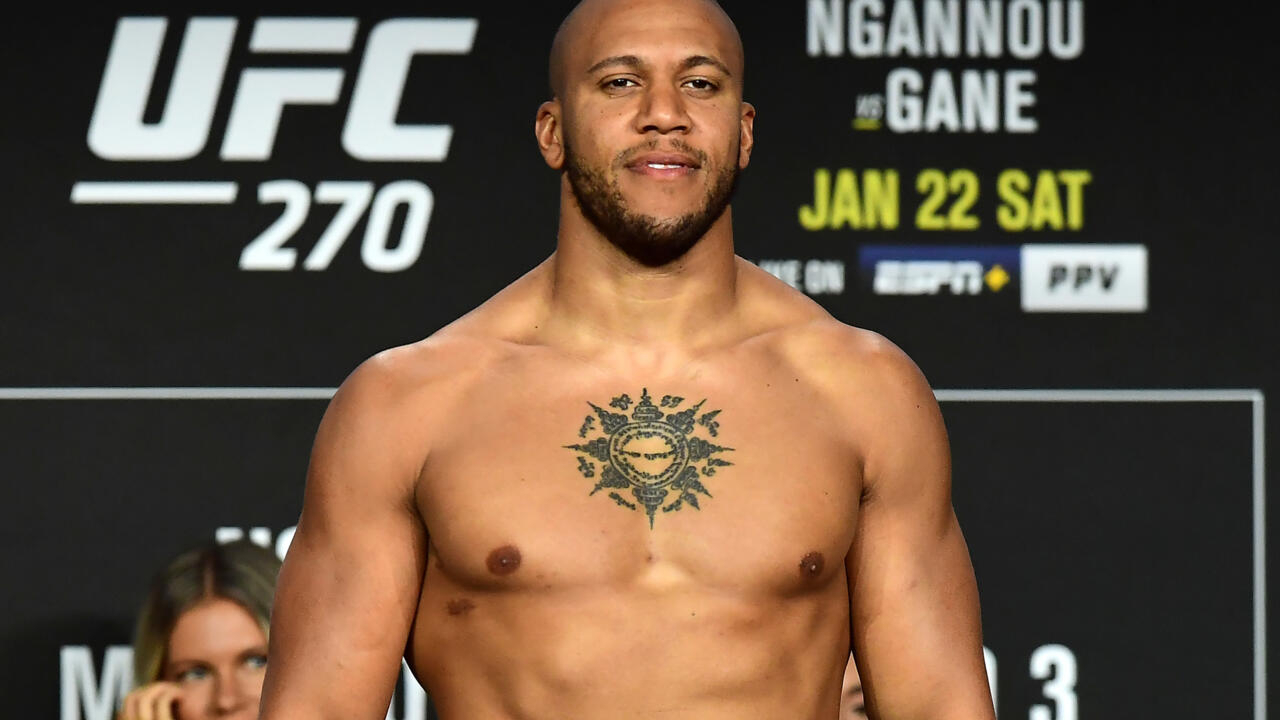 At 32, Gane, nicknamed "Bon Gamin", had only one defeat in 8 fights in the UFC against Francis Ngannou, champion of the heavyweight category, on January 22 in Anaheim (California).

QUESTION: How do you explain this dazzling journey that made you one of the best in the UFC heavyweight category?

ANSWER: "I think there is genetics, not only the body but also the sports spirit. I have a love and a good understanding of sports practices. When I watch a sport, I manage to capture the bodily mechanisms, to understand, to visualize. It's all this that helped me to go faster. In MMA, I always believed in myself and I always knew that I would arrive where I wanted. After , I had a very good management, the first fight I do is for a belt in a major league, TKO. So barely two fights and the UFC already wanted me ".

Q: What lessons have you learned from your last loss on January 22 in Anaheim against Francis Ngannou, defending champion?

A: "What I remember is that I didn't go very far from this belt. It stung me, I'm a real competitor and I don't like defeat. I've always said that I I was contemplating defeat every time and that it didn't scare me, but it still affects me. Afterwards, it gives me experience, it should not be neglected. It was a good fight, but it was not perfect, otherwise I would have won".

Q: How do you feel about fighting in front of a French audience on September 3 at Paris-Bercy?

A: "It's nice and I don't have any pressure at the moment. Maybe I'll feel it as I get closer to the fight against Tai Tuivasa (N.3 in the UFC rankings). I've always been myself, I've always known how to manage concentration. I'm just happy to be able to bring that to the French! Fighting in front of my fans, it's incredible. I imagine September 3 with a lot of enthusiasm and 200% fans behind me. Besides, I would like to finish the fight before the end, it would give a little more emotions.

Q: How did you come to the decision to portray yourself as the nice fighter?

A: "It's me actually. When I came to the UFC, I didn't look for a role. I just stayed myself. When I was in the gym and we were looking for a nickname we were already on a register +good kid+ (nice child, Ed.) We had found +baby face+ (baby face, Ed.) at the beginning because I am someone who laughs all the time, I manage to the room I dance and in the end, when I'm in the ring or in the cage I do the + work +. So it was a bit this paradoxical side on which I wanted to play. On the skin, I already had + good kid + tattooed (referring to the name of a group of rapper friends, editor's note) so it quickly came to the table. It works really well because it's super authentic, it's lived experience and it represents me" .