Afghanistan searches for the missing among the rubble after the devastating earthquake with more than a thousand dead: "I lost thirteen members of my family"

Afghanistan continues between dismay and hope with the search for survivors in the rubble after the devastating earthquake that left more than a... 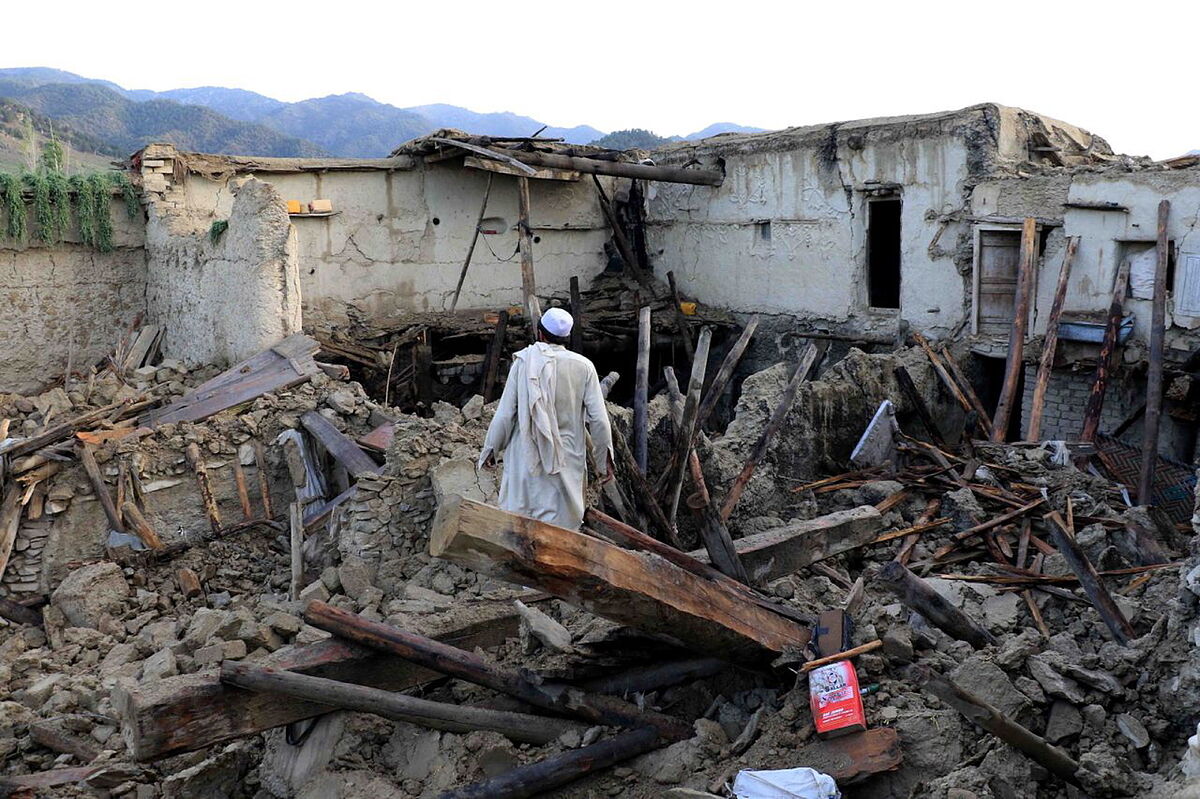 Jost province (east), near the border with Pakistan.

In an emergency meeting the Government has announced an aid of 10 million euros for the victims.

According to information collected by the Afghan state news agency, Bakhtar News Agency, the death toll does not include those killed in other areas of

and the adjacent Jost, where the epicenter of the earthquake was located, so the joint balance could be much higher.

The quake caught people in their sleep, with little time to flee outside their flimsy adobe dwellings in these remote mountainous provinces.

, because there was too much dust and debris on the ground," said Sawar Khan, one of the survivors of the country's worst catastrophe in decades, lying on a bed with injuries to his his right leg and on his head, a blow that prevented him from "speaking well".

"I lost thirteen members of my family, including my mother, my sisters, and four of my children. My wife and daughter are hospitalized in another room," says Sawar Khan, along with his son Dadullah, while receiving care in a ward of a hospital in Urgon district, in the Afghan province of Paktika.

In the neighboring district of Gayan, one of the most affected, many survivors had to spend the night outdoors, with fires and a blanket to combat the cold, while children in groups cried inconsolably.

The shrouded bodies of five minors, or others of several adults, were waiting on cots to be taken by their relatives for the funeral rites.

Some survivors walked through the ruins of their dwellings, aimlessly sorting through rubble and beams.

An earthquake, of magnitude 6.1, shakes the southeast of AfghanistanTHE WORLD

trapped in the rubble

Hospitals in the provinces of Paktika, Khost, and neighboring towns,

, while the families dig the graves for the mass funerals of the victims.

"The number of victims is expected to rise as rescue teams reach the worst affected villages where people remain trapped in the rubble," the International Committee of the Red Cross, which is currently lending, said today in a statement. vital aid to the Asian country.

Afghanistan, already badly in need of aid from relief agencies, has been

mired in a humanitarian crisis

since the Taliban came to power nearly a year ago, a situation made worse by international sanctions.

"This latest earthquake is another horrible tragedy for Afghanistan, as if that were not enough. It occurred in a bleak context in which more than 50 percent of our people urgently need humanitarian assistance," the secretary general of the Media said in a statement. Afghan Red Moon, Mohammad Nabi Burhan.

Yesterday precisely these caused the death of 400 people in different provinces of Afghanistan, as reported by the Afghan channel Tolo News.

Afghanistan is prone to earthquakes, especially in the area known as the Hindu Kush, which is highly seismically active and is the usual point of origin for telluric movements in the region.

Some of the biggest disasters in Afghanistan caused by earthquakes occurred in 1998 in the north of the country, when in February two earthquakes measuring 5.9 and 6 caused the death of some 4,000 people.

A few months later, at the end of May, a magnitude 7 earthquake shook the area again, causing some 5,000 deaths.