Discoverer of several hominid fossils, including the famous Australopithecus Lucy, paleontologist Yves Coppens, who died on Wednesday at the age of 87, was keen to introduce a wide public to… 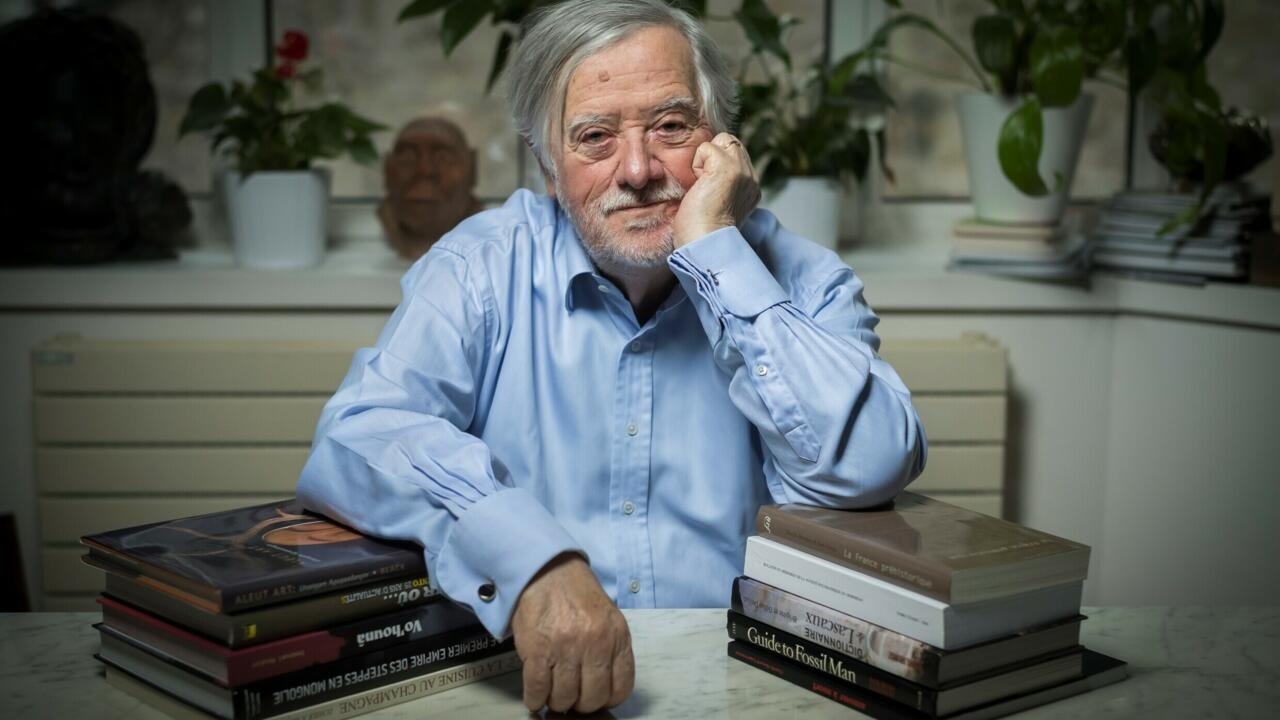 Books, conferences, interviews, but also scientific supervision of documentaries: this formidable smuggler, professor emeritus at the College de France, has never ceased to recount with verve the human epic.

A story in constant evolution according to the discoveries of new fossils.

Smiling, endowed with a sense of humor and formula, sometimes gently provocative, the paleoanthropologist with the white beard and mustache professed his confidence in the future of man.

Born on August 9, 1934 in Vannes (Morbihan), this son of a nuclear physicist developed a passion for excavations at a very young age.

"From the age of seven or eight, I wanted to become an archaeologist," he told AFP at the end of 2016.

"All my holidays were taken up with excavations."

On his 20th birthday, busy working on a mound, he refuses to go home.

It is his family who will have to travel to the excavation site to celebrate his birthday there, he remembered mischievously.

With a bachelor's degree in experimental sciences, the young Breton obtained a degree in natural sciences and then a doctorate in paleontology.

He did his thesis on proboscideans, trunked mammals of which only elephants remain today.

He entered the CNRS (National Center for Scientific Research) in 1956, when he was only 22 years old.

Man in the field, Yves Coppens went on an expedition to Africa from 1960. He began with Algeria and Chad.

In 1967, he discovered a 2.6 million year old bipedal hominid fossil in the Omo River Valley (Ethiopia).

In 1974, it was with a geologist friend Maurice Taieb that he set off to excavate in the Afar depression, in Ethiopia, as part of an international expedition that also included the American Donald Johanson.

It was at the time the most complete hominid fossil ever found.

The researchers nicknamed her Lucy, because they were listening to the Beatles song "Lucy in the Sky with Diamonds" while tagging the bones.

It is an Australopithecus afarensis, 3.2 million years old.

Because of her bipedalism, scientists have long believed that Lucy was our direct ancestor (and Donald Johanson continues to present her as such).

But for Yves Coppens and other paleontologists, it is rather a very old cousin of Man.

Coppens, who presented himself as one of Lucy's "dads" with Johanson and Taieb, also searched in Mauritania, the Philippines, Indonesia, Siberia, China, Mongolia.

In total, he is a co-signer of six hominids.

At the same time, Yves Coppens rose through the ranks.

He was then elected holder of the Chair of Palaeanthropology at the Collège de France in 1983. He held it until 2005.

Lascaux and the megaliths

This enthusiast of prehistory is also concerned about the future.

In 2002, he prepared the Environmental Charter desired by President Jacques Chirac and which was incorporated into the French Constitution in 2005.

Nicolas Sarkozy called on him in 2010 to chair the scientific council responsible for the conservation of the Lascaux cave, the condition of which has deteriorated sharply.

The cave is better and Yves Coppens passes the torch in the summer of 2017.

He immediately grabs another: the Breton seeks to have the megaliths of Morbihan included in the UNESCO World Heritage List.

Yves Coppens was a member of the Academy of Sciences, that of medicine, and many foreign academies.

On the other hand, he failed to enter the French Academy in 1998.

He is the author of more than a thousand scientific articles and several books.

In his penultimate, "Origin of Man, origin of a man", published in 2018, he had chosen to take himself as a new object of study, under the friendly impulse of his editor.

"Odile Jacob must have said to himself + wow, he's getting old; it's time he wrote his memoirs," he joked in an interview with AFP.

Modest, he only delivered "the professional part" of his memoirs.

He just confessed a real "love of music", transmitted by his mother.

Apart from Lucy, her real pride was to have "unquestionably linked the emergence of Man to climate change" in 1975. The forest gave way to savannah, Man stopped climbing trees and sat up, his brain grew to resist carnivores.