That's why bitcoin is plummeting in value

Bitcoin has been likened to a digital gold and many had hoped that the cryptocurrency would retain its value when inflation erodes the value of classic currencies. But cryptocurrencies have been dragged down when the stock market crashed. 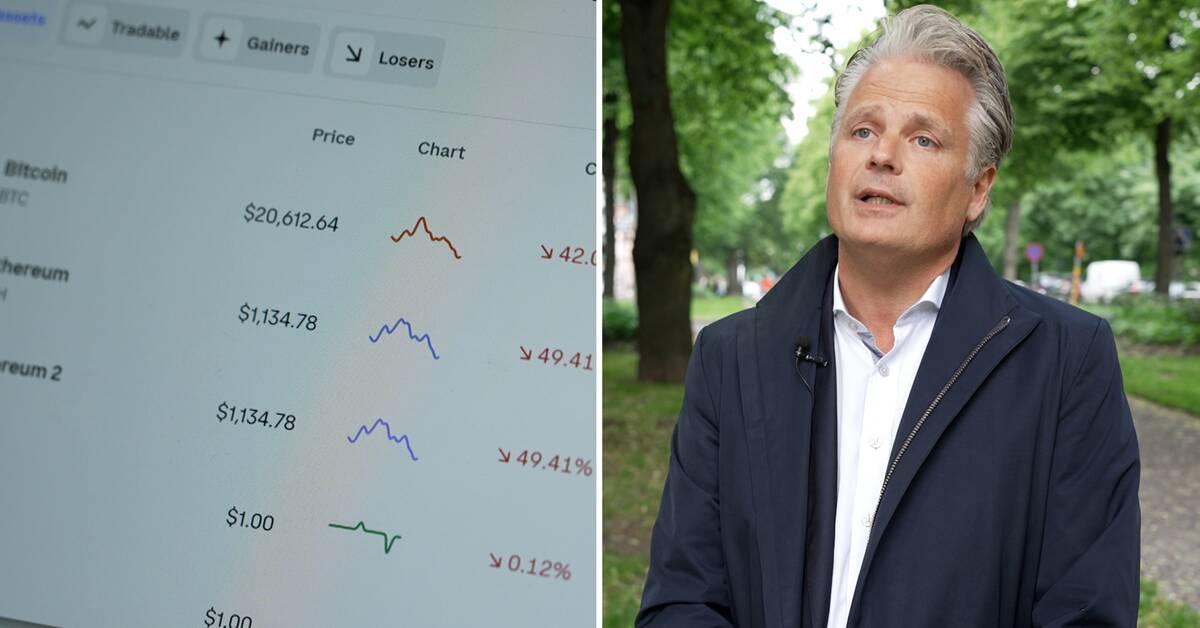 The price of bitcoin and other cryptocurrencies has plummeted recently.

When a bitcoin was at its highest value in November last year, it cost close to $ 70,000.

Among other things, high inflation and rapidly rising interest rates have caused the stock market to fall sharply and also dragged bitcoin and other cryptocurrencies down.

- The price of cryptocurrencies and other slightly more risky assets has fallen sharply recently and no one knows where it will end, says Johan Javeus, chief strategist at the bank SEB and continues:

- In an environment like this with rising interest rates and poorer growth, investors become cautious and then sell all types of assets that have a little more risk.

Equities have fallen a lot, but the ones who have the highest risk today are cryptocurrencies and they have of course been hit extra hard by this.

But weren't many people likening bitcoin to a digital gold that could withstand high inflation?

- Yes, many thought that it would be so from the beginning, but it has not happened.

Among other things, the cryptocurrency "Terra Luna" collapsed earlier this spring and recently the crypto platform Celsius paused the opportunity to make withdrawals due to "extreme market conditions".

In addition, the bank recently announced to Avanza that they are suspending their planned collaboration with the crypto exchange Safello because the crypto market still lacks sufficient regulation.

According to a study by the European Central Bank, about one in ten households in the eurozone has assets in cryptocurrencies and the sector has increased sevenfold in two years.