Fernando Falcó and the King Emeritus: the last supper

"What can be done? What can we do? He couldn't silence the echo in his brain and the lack of answers hammered at his spirits again. She knew what... 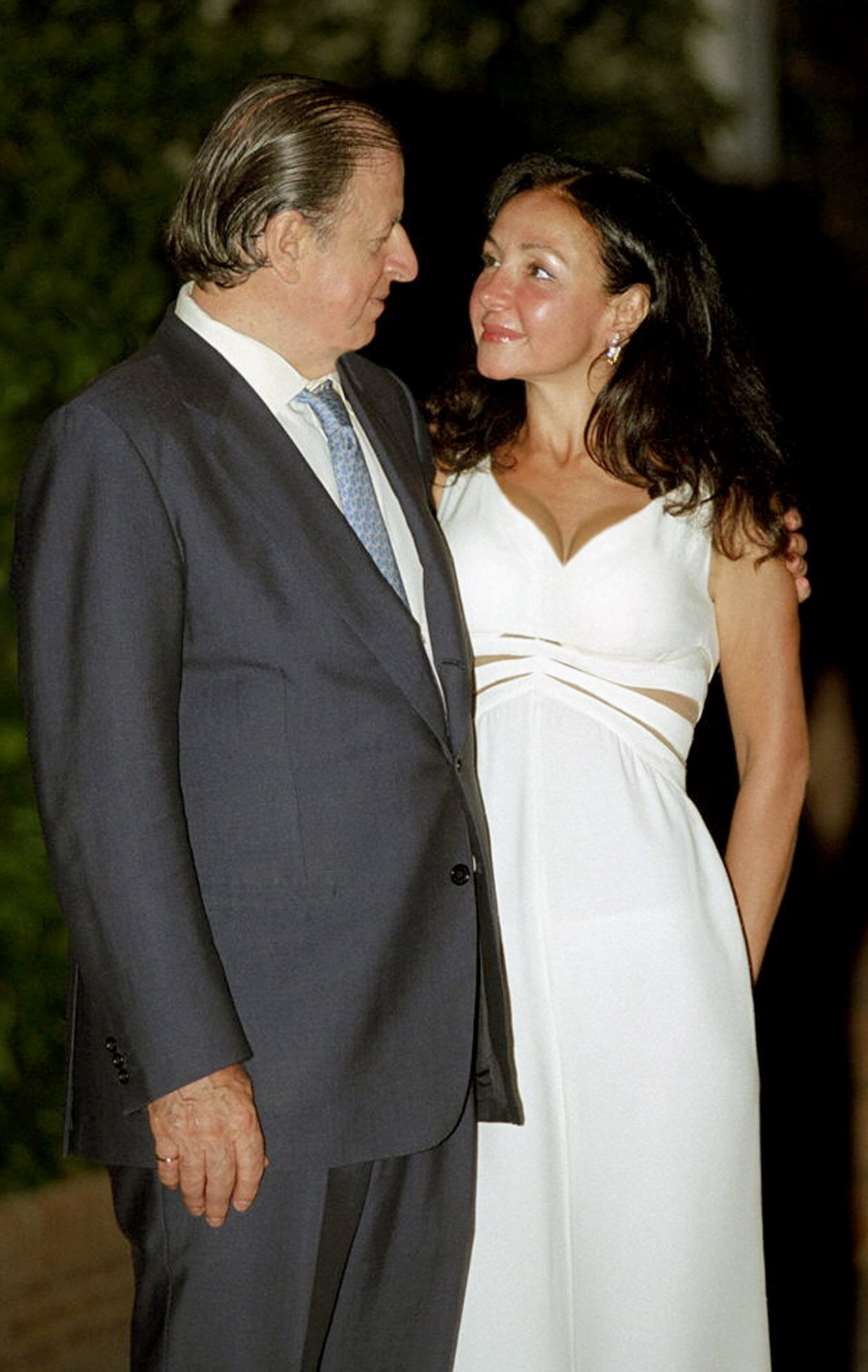 She couldn't silence the echo in his brain, and the lack of answers hammered at her spirits again.

He knew what his friends,

the closest ones, were thinking, because for several months

he had not known how to talk about anything else and he asked and asked, and asked himself again what he, Montellano, as Don Juan Carlos still used to call him, could do for his friend.

The dinner with Luis María Anson and his wife, Beatriz de Balmaseda, had been organized a few days before.

The restaurant, near Puerta de Alcalá, had been chosen by Esther, his ex-wife.

On this occasion, he did not go to Zalacaín.

the reunion with friends had not had the soothing effect

He was saddened and irritated.

"I am a citizen who is at the service of his King,"

he had answered whenever someone was interested in his relationship with Juanito.

not even Luis María could make him smile.

-"This adventuress, Corinna, is saying that the marriage between Don Juan Carlos and Doña Sofía was prepared by Franco, heh, heh, heh... It's that everything is said... And those of us who have lived it from within,

when you listen to them, is that there is no other than to laugh

His art to seduce the most beautiful women

The goyas, porsches and conquests of the Falcós, greats (also playboys) of Spain

The goyas, porsches and conquests of the Falcós, greats (also playboys) of Spain

The certainty that they could do very little for their friend, or rather nothing, cast a shadow over the evening.

The King Emeritus had been out of Spain for days

harassed by the scandal of his opaque accounts.

And part of the current social-communist government

, in the words of Luis María, spoke unashamedly of exile.

"With the same desire to serve Spain that inspired my reign and given the public repercussions that certain events in my private life are generating (...),

I inform you of my thoughtful decision to move

outside of Spain at this time," said one of the paragraphs that Don

Juan Carlos had sent by letter to his son,

Felipe VI, and that the Casa del Rey had just made public.

The initial confusion and the lack of information about the monarch's fate made it possible for days to speculate on where he could be found.

How much bait for the media!, he thought.

a photograph placed him in Abu Dhabi,

He has been in poor health for years and in the car on the way home,

Esther takes his hand and caresses it

He responds with another caress, but does not take his eyes off the glass of the window, with his eyes lost in

He does not remember how many years they have been separated because, although they have legally dissolved the marriage,

they still live in the same building

She on one floor and he on another.

The driver, also in the service of his ex-wife, obeys the red light at Plaza de Colón and stops.

Just a minute, long enough to remember that where the Centro Colón building currently stands,

was the palace of the Duke of Uceda

And a few meters further on, past the square

, that of the Dukes of Arión, his maternal grandparents

, although now you will come across an office building.

The German Embassy, ​​also on the Castellana, was once the

palace of the Duke of Santa Elena

and that of the Counts of San Bernardo, the bank offices that he could see a few blocks further on.

Carlos Falcó, Marquis of Griñón, at the airportGTRES

Arriving at number 33, on the corner of Paseo de Eduardo Dato,

he is the one who firmly grabs his partner's hand.

She doesn't say anything, she just smiles at him.

They have just left behind the current headquarters of the Mutua Madrileña, where until 1966 the palace of the Dukes of Montellano stood,

the palace of their paternal grandparents,

which would later be their parents'.

"And Peñafiel saying that

no one has offered his house

and he has had to leave," she whispers to Esther in a helpless tone.

The car has already left Castellana and is heading for Paseo de la Habana, but the fleeting vision of the place where his house had been has altered his spirits and he knows that

that night in August will also cost him sleep

His brother Carlos has died of coronavirus

five months earlier and he,

Fernando Falcó, Marquis of Cubas and Grandee of Spain

, with a lineage that links him to the Great Captain, under the orders of the Catholic Monarchs,

is the last representative of his generation

in a family that has always been at the service of its king.

His time was running out, he knew it for a long time, when he was diagnosed with the disease.

And his king had left Spain.

"Nobody has offered or lent him his house," he

recalls again the words of the veteran journalist.

And they sound reproachful.

Fernando Falcó at his Valero estate, in Cáceres.GTRES

Esther, Beatriz and Luis María had awakened his memories

and they rushed to occupy his consciousness in a warm and even orderly way.

The images were not long in coming.

Where will the photo be?

Her niece Alejandra, the daughter of her brother Carlos whom everyone called Xandra, had passed her the last

time they saw some folders with documentation

and some family photo.

Like Manuel, his older brother, they affectionately called him "Uncle Fernando"

and he also professed a special affection

for the wonderful relationship they had with

his cousin Álvaro, his only son.

He clearly remembered that Xandra had also told him

of her intention to write to the Board of Trustees of Yuste.

Both he and his brother, Carlos, were members of the body that was created once

his family ceded the land

where the Yuste monastery is located, in Cáceres, to the State.

That is where he retired until his death

From him Carlos V, the Emperor.

had found lost in, she doesn't remember which file,

the original documentation that ratified the agreement.

They had to resolve the replacement of

his brother Carlos, now deceased, on the council.

"What is that post for?" He had asked his niece.

Inside one of the folders

after playing a soccer game at the Las Jarillas estate

, where they are in high school, as explained in the photo caption.

And among the names of the companions of don

"No, it's not easy at all. He's in a very uncomfortable situation.

Poor Juanito!" He remembers that Anson had insisted at dinner.

"However, there was no need for him to leave Spain.

He could have used the Palacio de la Quinta,

where he lived as a newlywed. I went to visit him there. It is

approximately one kilometer from the Zarzuela

, within the compound. It is a It's a hunting mansion, but it has a beautiful hall, a wonderful dining room,

a magnificent reception room and a large office as well.

Plus a master bedroom and two others for service. And he doesn't need more.

He lived there with Doña Sofía for several months,

until they Carmen Polo, Franco's wife, staged the Zarzuela for them".

by Romualdo Izquierdo (The Sphere of Books), on sale from June 22

You can buy it here