A Gulf wife filed a lawsuit to demand 50,000 dirhams, as compensation for the material, moral, moral and psychological damage she suffered as a result of repeated disputes with her ex-husband, expelling her from the marital home, abandoning her and not spending on her or providing housing for her. 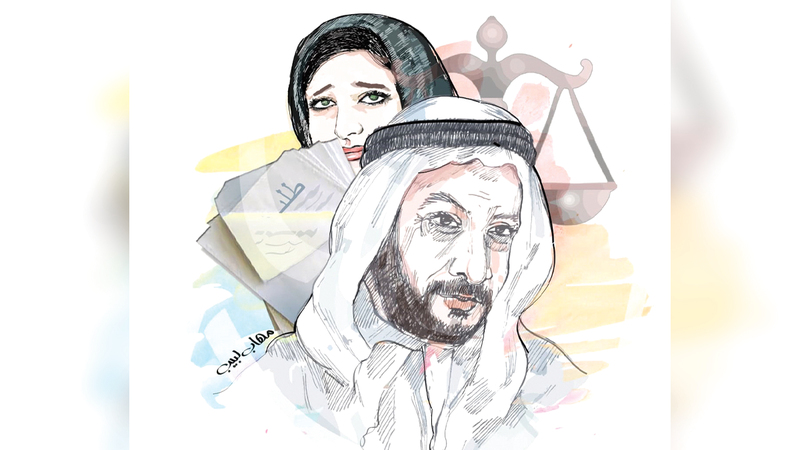 A Gulf wife has filed a lawsuit to demand 50,000 dirhams, compensation for the material, moral, moral and psychological damage she suffered as a result of repeated disputes with her ex-husband, expelling her from the marital home, abandoning her and not spending on her or providing housing for her. A direct relationship between the harm you claim and the defendant's fault.

In detail, the plaintiff stated that she married the defendant and bore him a daughter, but he mistreated her and violated his marital duties, refrained from spending on them or providing a residence for them, deserting her and refusing to share the burdens of family life, and expelling her from the marital home.

She explained that she had filed a personal status lawsuit against him, and it was decided to oblige him to build a separation wall between his home and his family's, as she resides in an annex, in the event that it is not possible to provide a separate housing, and she obliged him with all the equipment, expenses, her expense, her daughter's, and the study fees.

She added that the husband did not abide by the ruling and filed a divorce suit against him for harm and ended with concluding a reconciliation agreement between them, then he divorced her with a unilateral will, and what was agreed upon was proven and made it the strength of the legal bond, following up that he did not abide by what was agreed upon, which psychologically exhausted her due to the large number of judicial disputes to fulfill her right And what she suffers from fatigue and psychological disturbances caused by the defendant and his family, and his intentional abuse, harm and defamation of her between police stations, the Public Prosecution and the courts.

She indicated that she used to go to a psychological care center because of marital problems and emotional abuse, and she attached a medical report to that, demanding that he pay her 50 thousand dirhams in compensation for the material, moral, moral and psychological damage she suffered.

The defendant's attorney submitted a memorandum requesting the dismissal of the case due to ignorance, lack of validity, and the inadmissibility of considering the case because it had already been decided upon, and the conflict ended by conciliation by virtue of an agreement.

In the judgment of a partial civil court, it was stated that the medical report did not prove that the defendant was a cause of the damage to the plaintiff, and that the evidence from the papers is that the plaintiff had previously been awarded compensation for the damage incurred in a previous lawsuit, and with regard to divorce and alimony cases, they fall within the framework of What the defendant exercised in his legitimate right to litigation without evidence of maliciousness or abuse of the plaintiff, since those disputes ended with the occurrence of a reconciliation between them, and accordingly these claims cannot be the subject of compensation.

The case was dismissed for lack of supporting evidence, and it obligated it to pay the defendant attorney's fees.