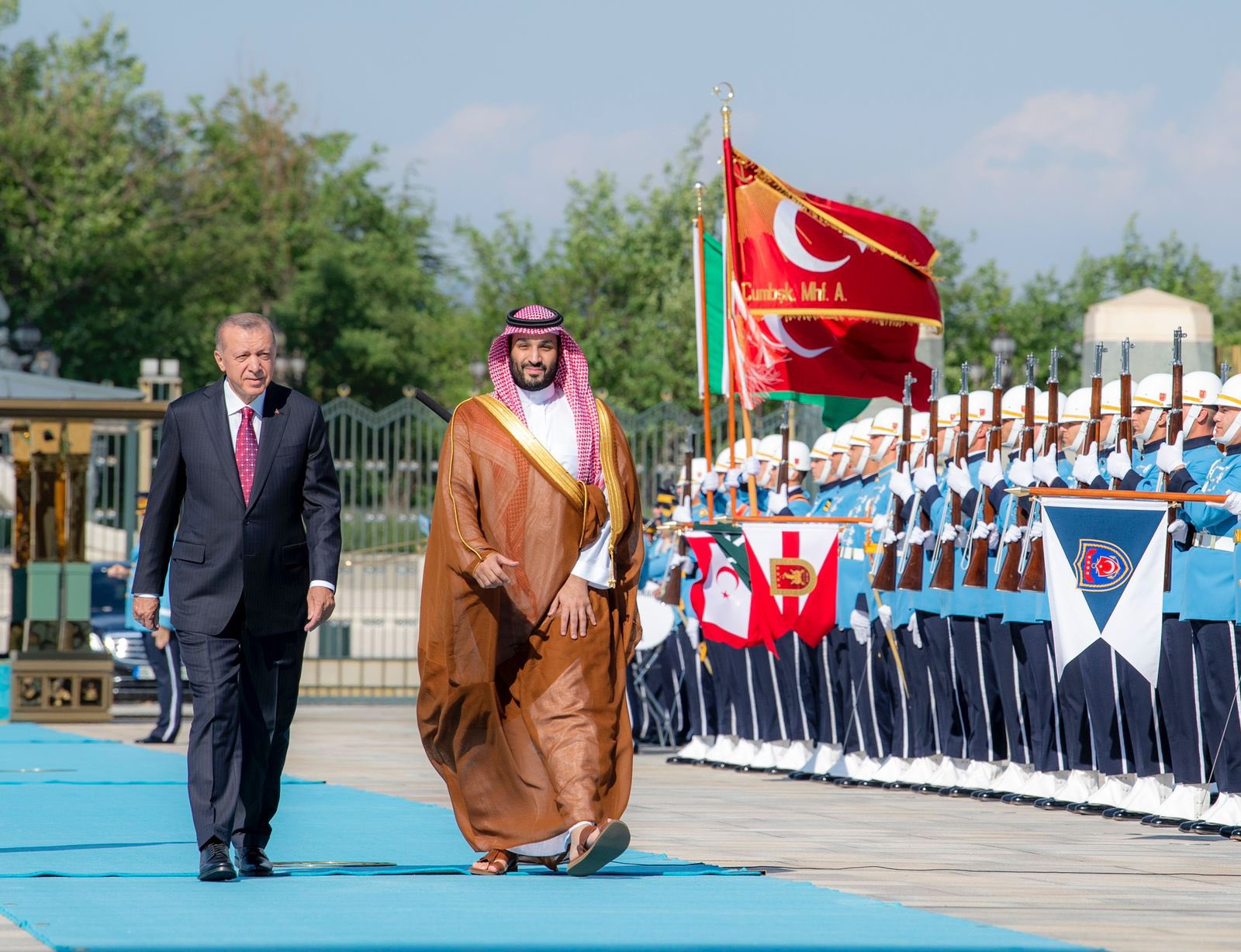 Video footage showed Prince Mohammed bin Salman walking with Turkish President Recep Tayyip Erdogan before they stopped in front of a microphone, after which the Saudi Crown Prince chanted the phrase "Peace be upon you" and then continued walking.

It was customary, when receiving foreign leaders in Turkey, for the visiting guest to repeat the word "Hello Askar", so that the Presidential Guard would reply "thank you" in Turkish.

The pioneers of social networking sites shared several clips of other leaders who chanted this phrase during the review of the Turkish Presidential Guard, accompanied by Erdogan.

Instead of the phrase "Welcome Askar" ..

"Peace be upon you"

The hashtag "# Welcome_ Askar" was issued on the Saudi Twitter after this incident.

And some of the tweeters considered that Prince Mohammed bin Salman broke the Turkish protocol.

Saudi journalist and media advisor Saud Al-Khuzaim, who wrote in a tweet, said that the crown prince "broke the Turkish protocol" and replaced the word "Hello Askar" with "Islam salute."

Sources indicate that this greeting, "Welcome Askar", has become a custom since Kemaleddin Atatürk used it to greet Turkish soldiers, and they thanked him, becoming a permanent tradition during official visits.

The Turkish-Saudi meetings came out with a joint statement, in which it was emphasized the start of a new era of cooperation in bilateral relations between the two countries, including political, economic, military, security and cultural relations.

They exchanged views on developments emerging on the regional and international arenas, which the two sides attach importance to, according to the statement.

The two parties discussed the possibilities of developing and diversifying mutual trade, facilitating mutual trade between the two countries, overcoming difficulties, and increasing communication in the public and private sectors of the two countries to explore investment opportunities and turn them into tangible partnerships in various fields.

The two parties agreed to activate the work of the Saudi-Turkish Coordination Council to raise the level of cooperation and coordination in common issues.

The two sides stressed the importance of negotiations for a free trade agreement between Turkey and the Gulf Cooperation Council (GCC) countries.

During his reception ceremony in #