United We Can, unable to make its five ministers profitable: it fails in all the elections since it came to the Government

The initials, the program, the candidates or the territorial alliances do not matter. The space to the left of the PSOE has not made any electoral gains since it was part of the first... 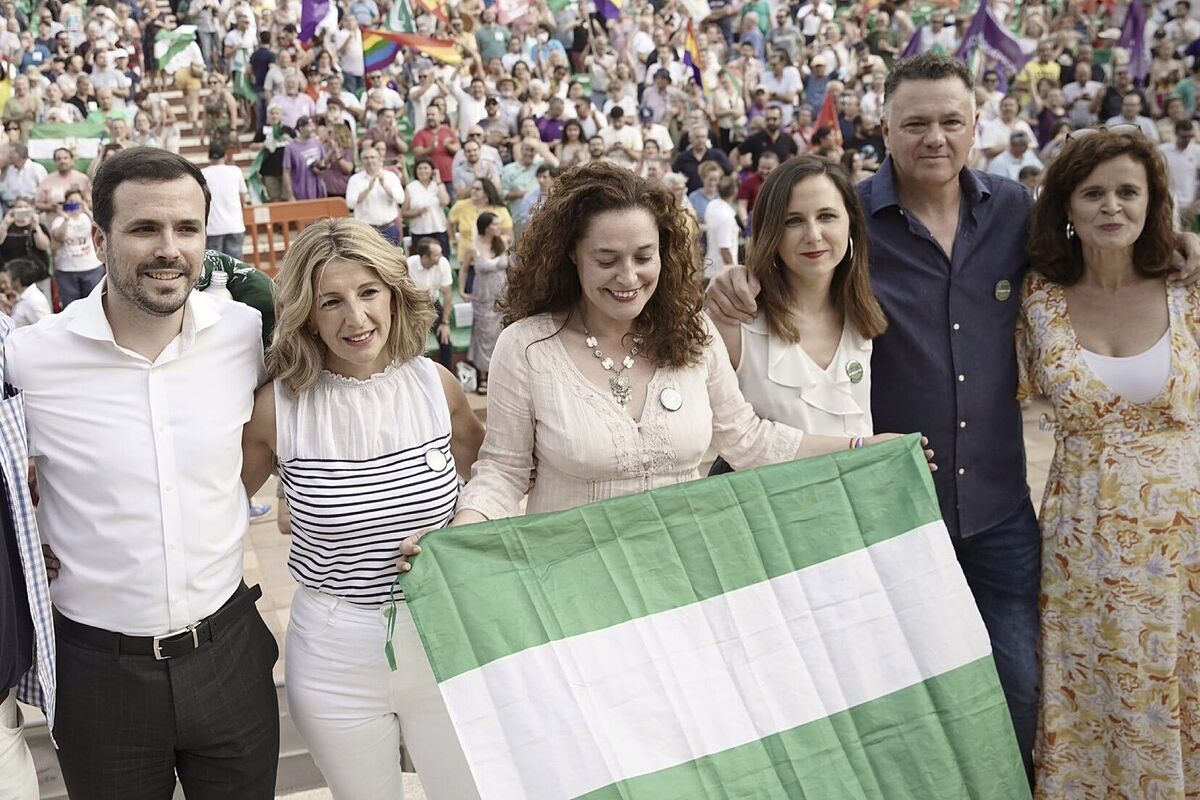 The initials, the program, the candidates or the territorial alliances do not matter.

A trend that delves into the difficult situation of United We Can and that is a handicap for the plans of Yolanda Díaz, who precisely plans to use her political management at the head of the

to relaunch the left.

The new regional debacle of the progressive forces is due, according to the candidate of Por Andalucía,

, to the strategy of the media, to the electoral advance devised by the right and to the lack of agreement with

But the reality is that the last electoral slip of the left is in line with the path that United We Can walk since it entered the Government at the beginning of 2020: they disappeared in

they saw their presence notably reduced in the summer of 2020 , when in the midst of a pandemic Pablo Iglesias's party was pulling muscle from the "social shield" achieved by United We Can in the Executive of Pedro Sánchez.

, months later, the formation maintained the type but under the differentiated initials of En Comú Podem, and in

, the participation of Pablo Iglesias as a candidate resulted in a "failure" of only three more seats and the end of the political career of the leader of Podemos.

, on February 13, United We Can was on the verge of disappearance with a single deputy, nine less than in 2015. This weekend, despite the presence of Yolanda Díaz in the campaign and boasting of the achievements of the vice president in labor matters -such as the reform of the labor market or the

, the space of the left continued its free fall.

This Monday a sepulchral silence took over the purple sector of Por Andalucía.

Podemos did not call the traditional press conference on Mondays and left all the weight of the reactions to the United Left, which is the one who has piloted and designed the campaign of the new left-wing conglomerate in Andalusia.

and identified the internal struggle with Podemos as a result of the mess in the registration of the candidacy as one of the factors that has weakened the brand despite have made a "champion".

No one doubts, neither in the ranks of Podemos nor of the United Left, that this is the first step in Yolanda Díaz's project, but in the space there is concern about how to recover the illusion of the electorate given that the progress made as part of the coalition government are not enough to mobilize the left again.

While the parties of the conglomerate address this "deep reflection", the purple voters lost in recent years number in the tens of thousands throughout the country.

At least the campaign has been used to reduce the harshness in the government branch of United We Can.

Ione Belarra and Yolanda Díaz publicly showed closeness at their act in Córdoba and their willingness to work together on the vice president's purpose of "winning Spain."

As this newspaper has learned, communication between the two ministers has improved in recent times, in which Díaz is already preparing to officially present her political project.

A platform from which Teresa Rodríguez is increasingly distant.

The leader of Adelante Andalucía responded yesterday to the criticism leveled from Por Andalucía and pointed to the entry of Podemos into the Government as the beginning of all the electoral evils of the left, as the results indicate: «We had a united political force, with a group parliamentary that worked and suddenly came the decision that we had to be the transmission belt of Pedro Sánchez in Andalusia ».