Steve McCraw: "They put the lives of the officers ahead of those of the children"

An "abject failure". With those words, the chief of the Texas State Police has described the actions of the agents during the shooting at Robb Elementary School... 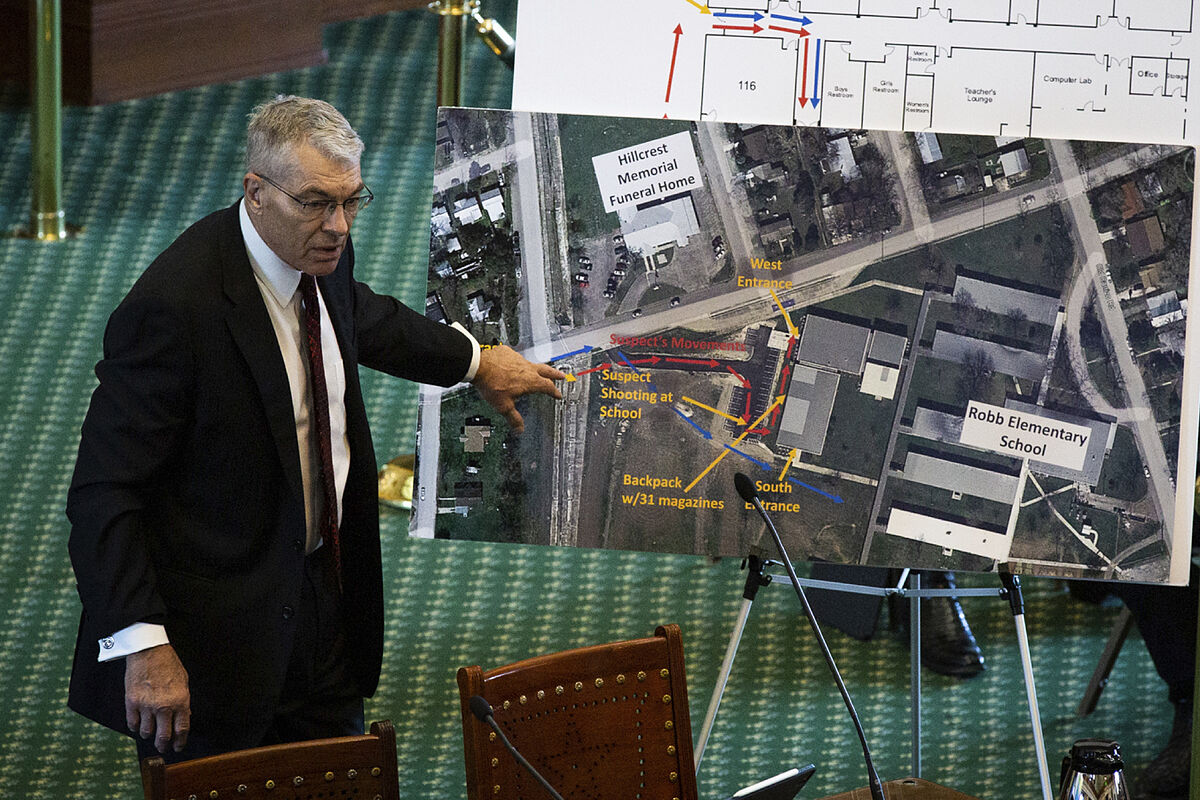 With these words, the chief of the Texas State Police described the actions of the agents during

the shooting at Robb Elementary School in Uvalde

19 children and two teachers were

According to Steve McCraw, the school district's police chief, Pete Arredondo, "decided to put the lives of the officers ahead of the lives of children."

McCraw has confirmed that three minutes after the shooter entered the school and barricaded himself in one of the classrooms, the police arrived with enough weapons and ammunition to

have finished Ramos long before and saved the lives

Instead, Arredondo preferred to wait for reinforcements to arrive from other parts of the state, almost an hour later.

McCraw added forcefully that the Uvalde policemen waited for a key, the one for the class, "which was never needed," explaining that the door could not be locked from the inside.

Apparently, one of the teachers requested to fix the locks before the shooting since they couldn't lock them.

"I don't believe, based on the information we have at this time, that that door was ever secured," McCraw said.

"The door was not secured."

The cops didn't even try to open it.

They waited for the key to arrive.

Salvador Ramos, the Texas shooter with a profile similar to that of the protagonists of other massacres

Salvador Ramos, the Texas shooter with a profile similar to that of the protagonists of other massacres

Guns in the US, a self-destructive passion rooted in history

Guns in the US, a self-destructive passion rooted in history

In a special appearance before the Senate committee, the director of the Texas Department of Public Safety has directly accused Arredondo of committing error after error during the Uvalde massacre and of having skipped all established action protocols for similar situations.

The result of his clumsiness was the worst school massacre in the United States in nearly a decade.

The main one, however, has denied being in charge of the scene at that time and has dodged requests for interviews from various US media to clarify the reason for his decisions on the morning of May 24.

there were already 19 agents inside protected with bulletproof vests

Also that there were several calls to the emergency service by students already inside and that Ramos continued to shoot, dismantling Arredondo's theory, that he

handled the situation as if it were a hostage crisis

and not a massive and indiscriminate shooting.

The police chief of the Uvalde school district is under investigation and the committee's findings are expected in mid-July.

"The only thing that stopped a corridor of dedicated officers from entering rooms 111 and 112 was the man in charge," McCraw said.