At the end of a very high level race, the Italian Thomas Ceccon, 21, established himself as the king of the 100m backstroke on Monday at the Budapest World Swimming Championships with a world record in the… 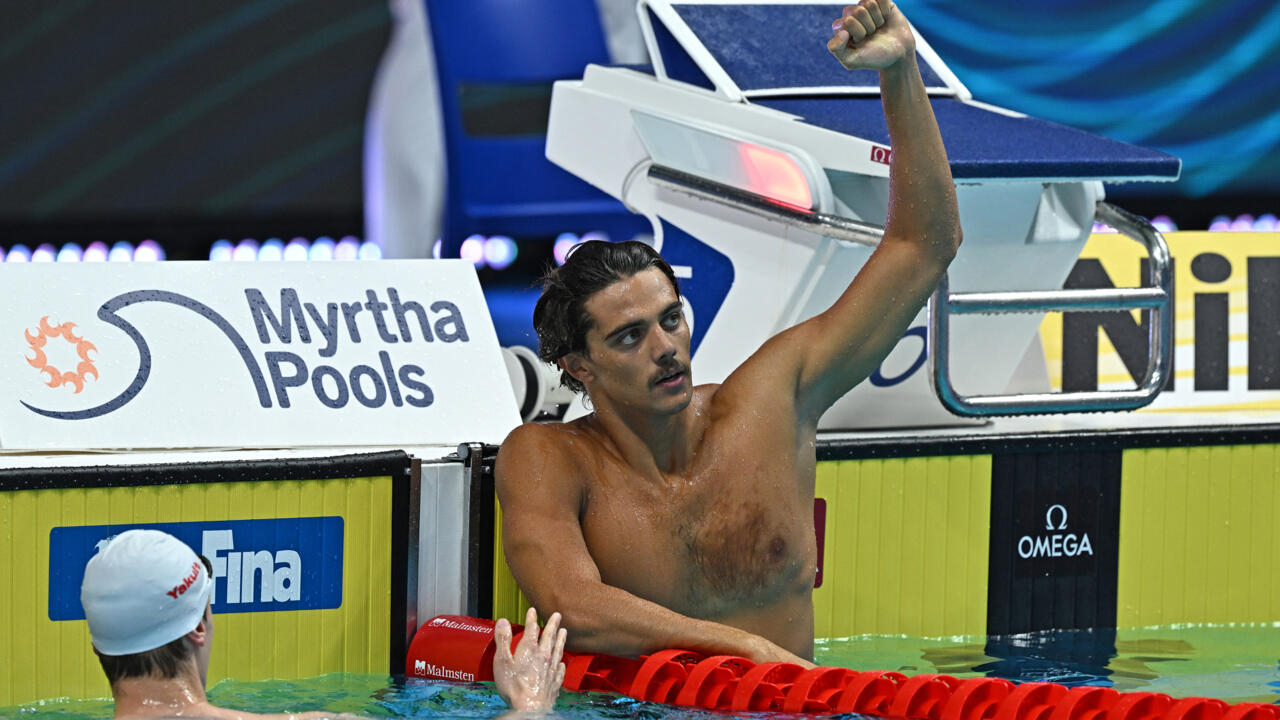 On the French side, back-runners Yohann Ndoye Brouard and Emma Terebo took 4th and 5th place in their respective 100m backstroke finals, while Léon Marchand in the 200m butterfly and Charlotte Bonnet in the 200m freestyle clinched their places in the final. .

Ceccon, fourth at the Olympic Games last summer, won in 51 sec 60/100e, removing a quarter of a second from the previous record held by American Ryan Murphy since the Rio Olympics in 2016.

"I have not yet realized that I have broken the world record," reacted the Italian, already a bronze medalist on Saturday with his teammates in the 400m freestyle.

"I didn't think about any records or times before I started. I just swam my race (...) It's just amazing."

After three days of competition, this is the first world record broken in the Duna Arena in the Hungarian capital.

Behind the first three swimmers, who all swam under 52 seconds, Frenchman Yohann Ndoye Brouard finished just off the podium, beating his personal best (52.50).

"It's a great time but hey I'm fourth so inevitably a little disappointed," said the 21-year-old swimmer, satisfied to find himself in the world top 5 two years from the Olympic Games at home.

"The goal is to swim under 52 seconds within two years."

The other feat of the evening was achieved by a 17-year-old Romanian teenager.

David Popovici conquered the throne of the 200m freestyle with a time of 1 min 43 sec 21 which makes him the fourth fastest man in history on the event.

Neck and neck with Briton Tom Dean, Olympic champion in Tokyo, for much of the race, he made the difference in the last 50 meters.

"The plan was to swim fast, not necessarily that fast, but I manage to surprise myself," he said with a smile.

"On the last length, I said to myself + this is the greatest race of my life so far and I want it to be memorable for me and for the others +", he confided before receiving his medal from the hands of the Australian Ian Thorpe, one of his inspirations.

On the women's side, the American Regan Smith, favorite of the race, was crowned world champion in the 100m backstroke.

This is the 3rd world champion title for Smith, already crowned twice (200m backstroke and as a team in the 4x100m medley relay) in 2019 in South Korea.

The French Emma Terebo took fifth place, a result well above her expectations, she who almost gave up swimming a year ago after a mixed experience in the United States.

"A fifth place in the Worlds, I can't believe it. It's just incredible," breathed the New Caledonian, acknowledging that she "hoped for nothing" before diving into the final.

American Katie Ledecky in the 1500m freestyle final of the Swimming World Championships in Budapest on June 20, 2022 François-Xavier MARIT AFP

Always eagerly awaited, the American Katie Ledecky unsurprisingly won the 1500m freestyle, a race where she has been undefeated for 10 years.

"It's great. The goal was to keep the right pace. My coach wanted me to go under 15 min 32 sec, I thought that was a reasonable goal. So to do 15 min 30 sec, it is great", reacted the 25-year-old American, who thus won the 17th world title of her career, a record for women.