Former striker Samuel Eto'o arrived at the Barcelona courts with a request for a sentence of 10 and a half years in prison for four crimes against the Public Treasury... 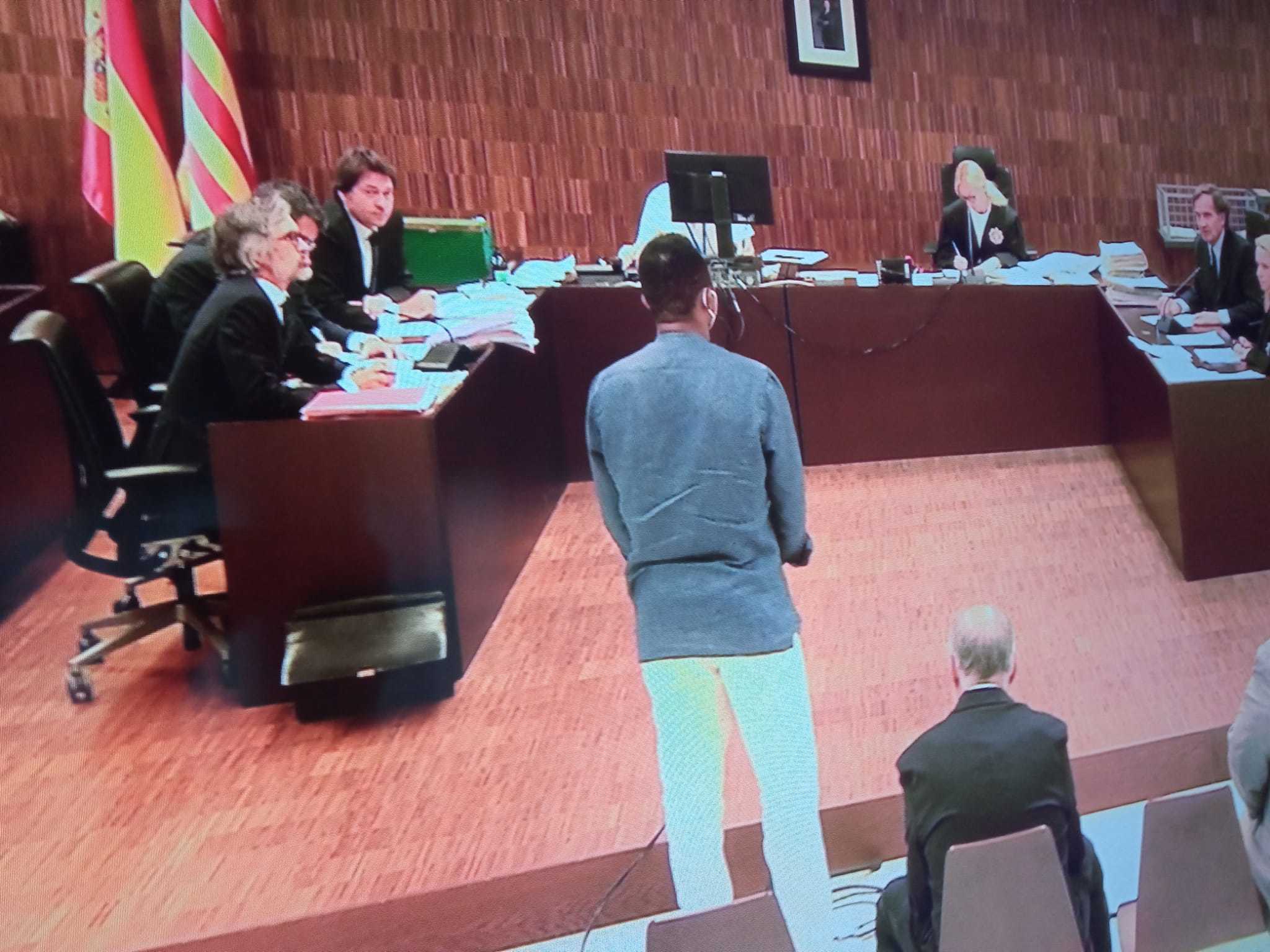 Former striker Samuel Eto'o arrived at the Barcelona courts with a request for a sentence of 10 and a half years in prison for four crimes against the Public Treasury committed between 2006 and 2009 and left with an agreement that will sentence him to two years in prison.

The Prosecutor's Office lowered his initial penalty request after taking into account the time elapsed since the crimes were committed, he paid part of the amount defrauded as well as the fines imposed and the recognition of the crimes by the former player.

In addition, he promised to pay what is missing, about 2.3 million euros

Eto'o sat on the bench at Barcelona Criminal Court number 11 along with his former representative, José María Mesalles, who also acknowledged the crimes, although the accusations consider him to be a necessary collaborator to commit the fraud.

The former player acknowledged that between 2006 and 2009 he obtained significant income from the transfer of his image rights to the sports brand Puma and FC Barcelona, ​​which should have been taxed as income from movable capital in his statements of personal income tax, but that the footballer did not declare.

Specifically, the fraud amounts to more than 3.8 million euros.

In his statement before the court, Eto'o assured that when the events happened "it was my father who took care of the child that I was then, I will pay but I have always done what my father told me what I had to do".

The former player admitted that the image rights were transferred to two merchants from Hungary and Spain, so that the income diverted to the Hungarian company was not taxed to the Treasury, while that diverted to the Spanish company did so at a rate much lower than that corresponded in the personal income tax.

The administrator of the Hungarian company, defended by the lawyer Manuel González Peeters, was also prosecuted although he denied having participated in the fraud and for this reason the Prosecutor's Office and the State Attorney's Office withdrew the accusation.

The Public Ministry considers that the former player, as author, and his former representative, as cooperator, are responsible for these four crimes against the Treasury and therefore imposes 22 months in prison on Eto'o and one year in prison on Mesalles.

However, the court suspended the sentence for five years if they do not offend again and conditional on returning the missing money, almost 4 million euros.

The convicted admitted that in four years more than 3.8 million euros were defrauded, which the defendants must return in addition to paying a fine to the Treasury.

Specifically, they have paid more than 2.3 million and some 3.9 million are pending, according to the State Attorney's Office.

The court ruled in vocce and sentenced Eto'o and Mesalles to the penalty requested by the accusations, in addition to admitting the payment plan for those convicted.