Muscovites expect unstable weather, the city will gradually move to summer temperatures. According to weather forecasts, half of the monthly rainfall will fall during the week, while by the weekend the air will warm up to +25 ° С. The heaviest showers are expected during the night and morning hours on Monday. 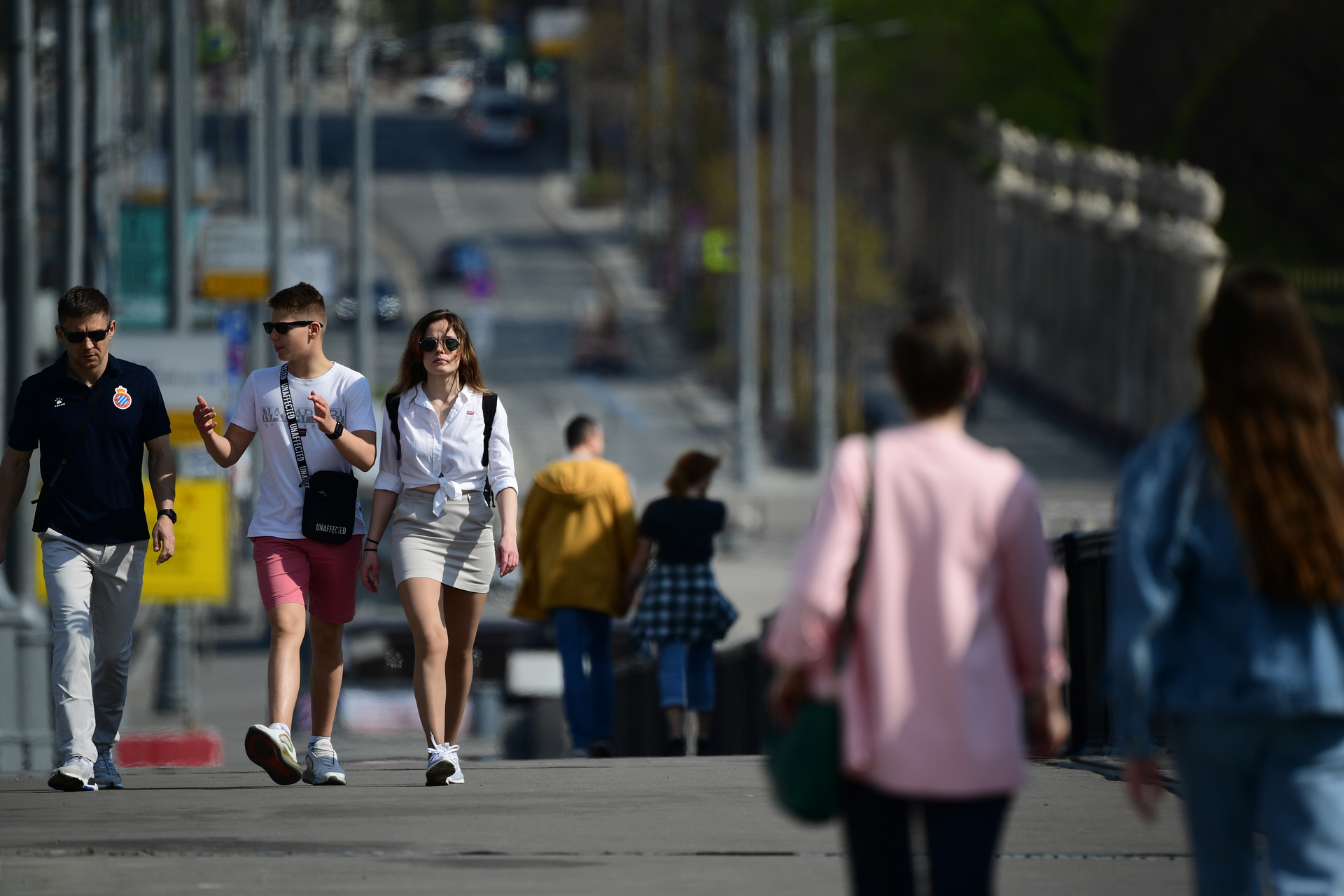 The head of the forecasting center "Meteo" Alexander Shuvalov, in an interview with RT, told what the weather is expected next week in Moscow and the Moscow region.

According to the weatherman, the weather will be unstable at the beginning of the week.

“It will be especially heavily watered on Tuesday.

The amount of precipitation will fall in the range of 10-15 mm.

The temperature at that moment will be about +20 °C, maybe even a little lower,” Shuvalov said.

He added that from Thursday the air will begin to warm up.

“A gradual transition to good summer weather without precipitation and with a temperature of about +25 ° C,” the meteorologist stated.

Anatoly Tsygankov, Deputy Head of the Situation Center of Roshydromet, noted that on Saturday it will be cloudy with clearings, the weather will be determined by a warm front, +14 ... +16 ° С is expected at night.

On Tuesday, the rear of the cyclone will begin, it will be a little colder.

The pressure will drop.

Night temperatures on Tuesday, Wednesday and Thursday are +12...+14 °C.

Then the temperature will rise.

On Friday it will be +22...+27 °С, on Saturday it will be slightly cloudy, without precipitation, the pressure will increase, the wind will change to the west.

According to Yevgeny Tishkovets, a leading employee of the Phobos weather center, half of the monthly rainfall will fall this week.

“The weekday part of the upcoming week in Central Russia will be rainy, and the beginning will be cool.

The total amount of precipitation for five working days will be 35-40 mm, or about half of the entire monthly norm, which means that by the end of the week the 100% sky moisture limit in June will be exhausted,” he said.

According to Tishkovets, on Monday the most intense precipitation is predicted at night and especially in the morning, when up to 6.3 mm of precipitation will fall, which will prevent the air temperature from dropping below +10...+15 °C.

Tuesday is expected to be the coldest day yet.

Tishkovets said that Wednesday will not do without 4.3 mm of transient precipitation, gaps will appear in the clouds, it will become warmer, the air will warm up to +18 ... +23 ° С.

Showers will follow again on Thursday, with 13.8mm of rainfall and temperatures rising by 1°C.

According to Yevgeny Tishkovets, the air in Moscow will warm up to +30 °C in the last week of June.

The forecaster noted that warming will begin by next weekend due to the Scandinavian anticyclone, which will bring with it a lot of sun and heat.

The chief specialist of the Hydrometeorological Center Marina Makarova said that the pressure will fall during the week, it will be minimal on Tuesday and Wednesday, when a cyclone from the west comes to the Moscow region.

“He will bring us rain.

The rains will be heavy.

Our temperature will approach the climatic norm, the nights will not be cold, because there will be many clouds, it will rain.

But in the daytime they will limit heating, so the daytime temperature will fluctuate within +18 ... +24 ° С in Moscow.

The coolest days are Tuesday and Wednesday.

On Thursday, despite the rain, there will be hope for a clearing in the afternoon, and warming up may be more.

The wind is moderate.

And over the weekend, it is expected that an anticyclone will come up from the west, atmospheric pressure will begin to rise, there will be fewer clouds, so the air will warm up better, ”concluded the forecaster.