China Overseas Chinese Network June 19th telegram: Attention! Citizens in these areas should strengthen their precautions!   Recently, a Chinese citizen was robbed at gunpoint on the road in MUTOSHI District, Kolwezi City, Lualaba Province, Congo. The robbers opened fire, causing serious injuries to the Chinese citizen, who are still being rescued. The Chinese embassy in Congo (DRC) has urgentl 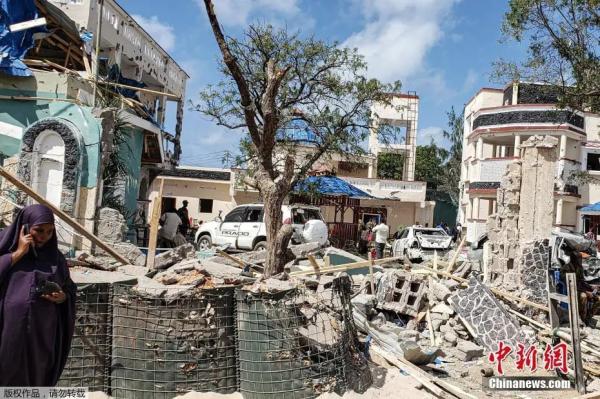 Citizens in these areas should strengthen their precautions!

Recently, a Chinese citizen was robbed at gunpoint on the road in MUTOSHI District, Kolwezi City, Lualaba Province, Congo.

The robbers opened fire, causing serious injuries to the Chinese citizen, who are still being rescued.

The Chinese embassy in Congo (DRC) has urgently contacted the local government department and demanded severe punishment for the murderer.

In addition to the Congo, there are still many countries and regions facing security problems. Local overseas Chinese must strengthen security precautions and emergency preparedness.

Recently, the local overseas Chinese reported to the Chinese Embassy in Chile that local robbery cases were frequent, and many Chinese restaurants or department stores were robbed.

Some criminals disguised themselves as customers in advance to find out the situation of the store, and broke into the store to rob cash when the store was about to end. Some compatriots were injured when fighting with the criminals.

The Chinese Embassy in Chile reminds Chinese citizens and institutions in Chile to be vigilant, do a good job in security precautions, strengthen security facilities such as residences, shops, and private cars, and avoid exposure, carry or store large amounts of cash and valuables indoors;

In case of emergency, you must remain calm, first protect your own personal safety, avoid disputes or physical conflicts with criminals, and report to the police in time after the event, so that the police can collect and analyze data.

The Chinese Embassy in Cameroon reminds all compatriots to raise their security awareness, avoid going to areas with poor security and crowded places, and not to carry large amounts of cash with them.

Reduce travel at night, pay attention to traffic safety, and do not drink and drive.

Strengthen the vigilance at night and do a good job of patrolling.

If suspicious persons are found near the workplace or residence, they should be highly vigilant. In case of dangerous situations, they should insist on putting their lives first, keep calm, and try to avoid direct conflict with the robbers.

Recently, a Chinese citizen who ran a liquor store in Welkom, Free State, South Africa, was suddenly kidnapped by armed gangsters when the door was closed in the evening. Fortunately, the family was able to escape after asking the security company for help in time. He was taken to the hospital for treatment, but fortunately his life was not in danger.

According to reports, there have been dozens of kidnappings against foreign businessmen in the Wellcome region in recent months. The kidnappers demanded high ransoms, and the victims include Indians, Pakistanis, Bangladeshis and Ethiopians.

The Chinese Consulate General in Johannesburg solemnly reminds Chinese citizens in South Africa, especially those who operate shops in areas with high security risks, far from urban areas, remote villages or resettlement sites with inconvenient transportation, to increase their awareness of prevention.

Recently, the public security situation in Haiti has deteriorated seriously, with a surge in kidnapping cases and frequent incidents of gang crimes, which have seriously affected social order.

The Ministry of Foreign Affairs reminds Chinese citizens not to travel to Haiti for the time being. Those who have already been there, please report the information to the Chinese Trade Development Office in Haiti and evacuate or transfer to a relatively safe area as soon as possible.

In case of emergency, please call the police in time and get in touch with the Chinese Trade Development Office in Haiti.

A hotel in the Somali port city of Kismayo was hit by a terrorist attack.

Military conflicts and terrorist attacks occur from time to time

Recently, military conflicts and armed attacks have continued to occur in areas outside Bangui, the capital of the Central African Republic, and the security situation is relatively grim.

The Ministry of Foreign Affairs and the Chinese embassy in Central Africa remind Chinese citizens not to travel to areas outside the Central African capital Bangui for the time being, and to evacuate or transfer to a relatively safe area as soon as possible for those who are already there.

The Ministry of Foreign Affairs and the Chinese Embassy in Somalia remind Chinese citizens not to travel to Somalia in the near future, and have evacuated or moved to relatively safe areas as soon as possible by local personnel and institutions.

In case of emergency, please call the police in time and contact the Chinese Embassy in Somalia.

Recently, according to local security information, terrorists may be planning to launch attacks on government agencies, airports, diplomatic institutions, hotels and restaurants in Bamako, Mali, where Westerners often come and go.

The Chinese Embassy in Mali reminds all overseas Chinese and Chinese-funded institutions in Mali to pay attention to changes in the situation, strengthen security precautions, and avoid going to the above-mentioned locations.

Xiaoqiao reminds: Chinese citizens abroad should pay close attention to the notice of the Chinese embassy and consulate in the local area, and follow the relevant instructions to protect yourself and prevent potential dangers.

In the event of an emergency, please call the police in time and contact the embassy or consulate for assistance as soon as possible.