Mondial-2022: the budget of the FFF relies on quarters, Le Graët aims for a half

The French Football Federation (FFF) has built its 2022-2023 budget on qualifying the Blues for the quarter-finals of the World Cup in Qatar, but its president, Noël Le Graët, “wishes” at least… 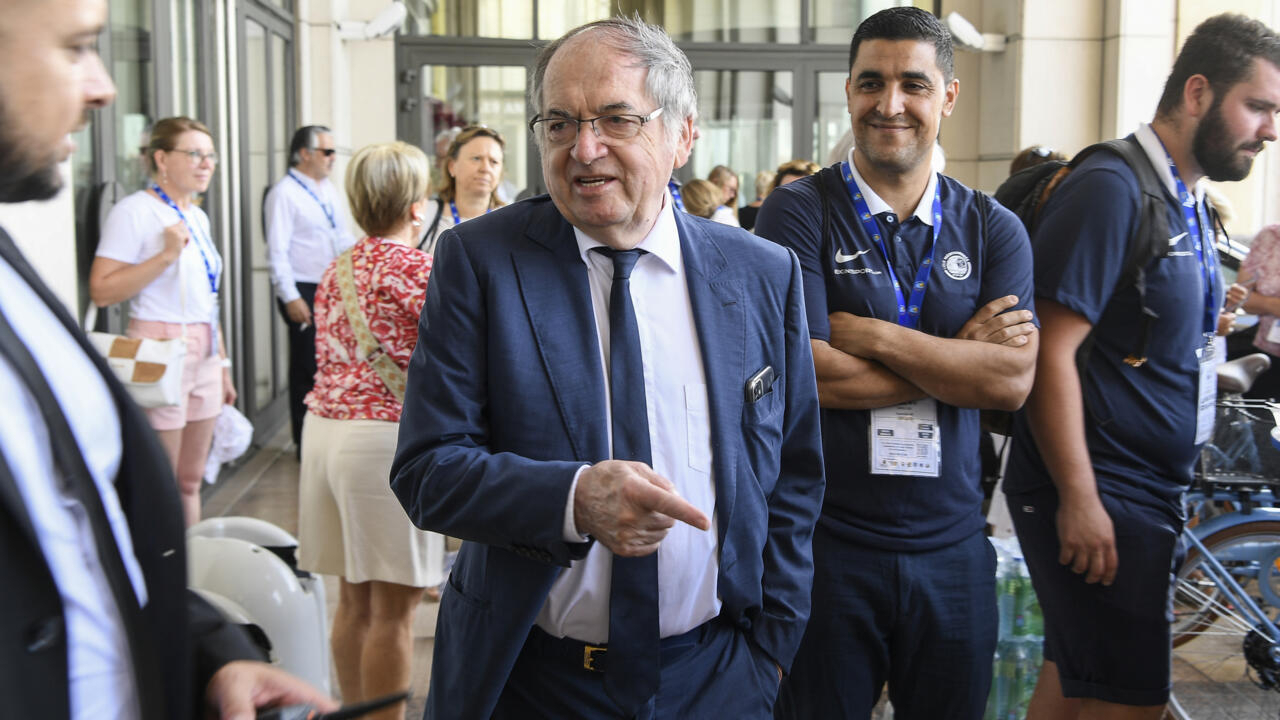 By counting on the income linked to a presence in the quarter-finals of the World Cup (November 21 - December 18), financial balance is expected for 2022-2023, explained during the GA the deputy vice-president of the FFF, Philippe Diallo.

The FFF has budgeted for its next financial year 266.4 million euros in revenue and 267.2 million in expenditure, of which 40% (101.1 million euros) for amateur football, according to the presentation of the provisional budget made by Philippe Diallo.

"We mentioned the quarter-finals in the provisional budget, it is better to be careful," said Noël Le Graët during his press conference after the GA.

But he intends to see the Blues "in the four" semi-finalists.

"Get the criminals out of the stadiums"

The most important item of expenditure for the World Cup, the accommodation of the Blues in their base camp, is budgeted at 4.8 million euros, while image rights will be 3.3 million euros.

The president of the League Vincent Labrune at the annual meeting of the Football Federation (FFF) in Nice, June 18, 2022 NICOLAS TUCAT AFP

The management of these famous image rights, for which Kylian Mbappé had banged his fist on the table, will remain unchanged "until the World Cup at least", specified Le Graët, assuring that with the star striker, "the situation has calmed down".

Noël Le Graët also announced that he would visit Clairefontaine on Tuesday at the French women's team, which is preparing for the Euro this summer in England (July 6-31).

He hopes to see them win their first trophy.

He also endorsed the statements of the president of the Professional Football League (LFP), Vincent Labrune, who wants to "get the criminals out of the stadiums" after a season marked by violence in French enclosures.

Scanning the news, Le Graët confirmed that he was going to meet the coach, Didier Deschamps, "in Guingamp one day in July".

But "I will not discuss any extension with him," he said.

"He (Tebas) is always in conflict. Every three months he comes into conflict with someone," he concluded without quoting him.

The General Assembly of the FFF also mentioned arbitration, for which 30 recommendations were made by Eric Borghini, president of the Mediterranean League and responsible for this subject at the federation.

If the penalties will be harsher for the aggression of a referee, at the level of individuals as well as clubs, there will also be the establishment, at amateur level, of a white card (temporary exclusion).