The Horn of Africa experiences its worst drought in forty years

More than 18 million people are left in acute food insecurity after a fourth dry rainy season in Ethiopia, Somalia and Kenya. More than seven million head... 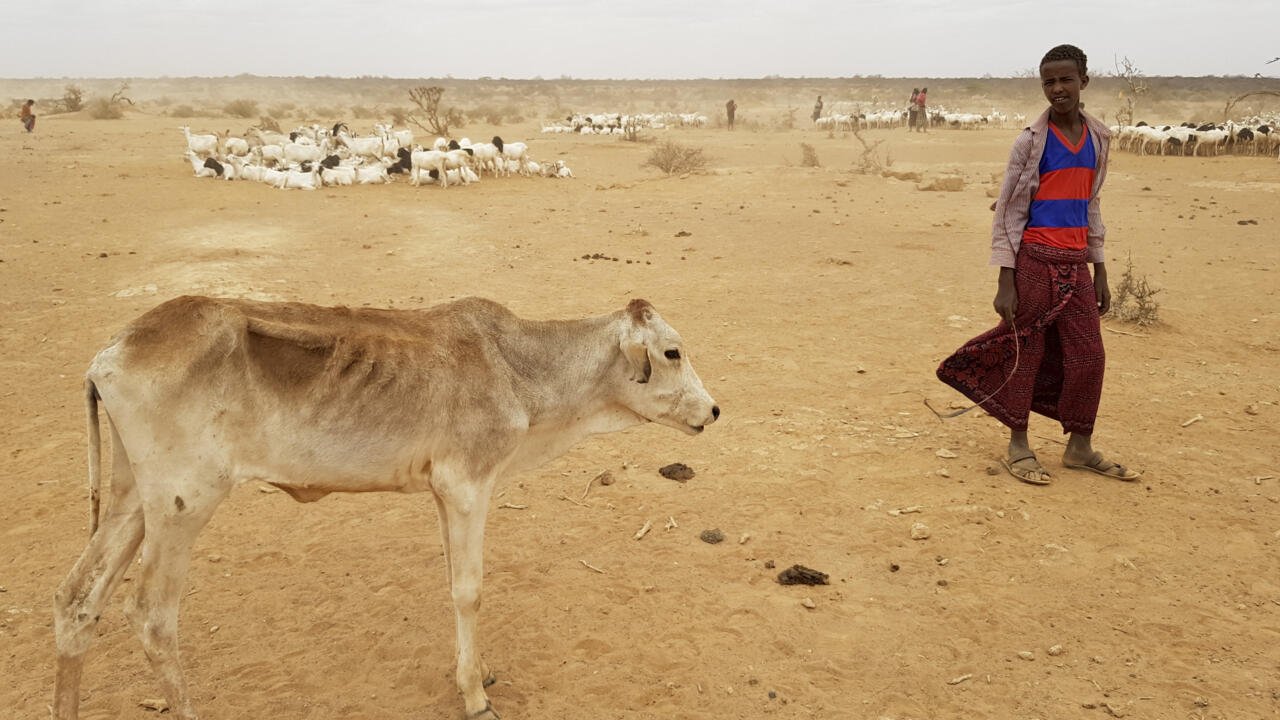 The Horn of Africa experiences its worst drought in forty years

A cattle suffering from the effects of drought in Ethiopia in 2017. © AP/Elias Meseret

More than 18 million people are left in acute food insecurity after a fourth dry rainy season in Ethiopia, Somalia and Kenya.

More than seven million head of cattle have already paid the price.

With our correspondent in Addis Ababa,

In Ethiopia, the World Food Program can only assist half of the seven million people affected by drought, to which must be added the victims of the civil war, as David Beasley, the director of the WFP, on a visit to the country: “

There are approximately 20 million food insecure people in Ethiopia, including 13 million in the North.

And there are more than seven million people trapped by drought.

The WFP is asking for half a billion dollars to respond to this crisis.

Because today, for lack of means, he must ration.

Cereal rations, which were 15 kg per person per month, have been reduced to 12, and today we have to reduce them to 10

", regrets Claude Jidibar, the leader of the organization in Ethiopia.

The worst drought in the Horn of Africa in 40 years is also part of a global context under great tension, continues David Beasley: "

The war in Ukraine has only exacerbated what was already a food crisis world.

Today grain prices are rising even more and there is a shortage of fertilizer.

And prices will continue to rise by the end of the year.

The Horn of Africa could experience a dry rainy season for the fifth consecutive time at the end of the year.

According to the NGO Oxfam, 350,000 children could starve to death in the Horn of Africa this summer.

Guillaume Compain (Oxfam): If nothing is done, 350,000 children could die of hunger in one month in East Africa

The number of displaced continues to rise

The report by the United Nations Refugee Agency, the UNHCR, published on Thursday 16 confirms this trend.

This report explains that the number of people forced to flee their homes is now at the highest level ever: 89.3 million people were uprooted in 2021 due to violence, beatings, rights violations human beings but also of the climate crisis.

For Céline Schmitt, spokesperson for the UNHCR, climate change accentuates the difficulties of the most vulnerable populations.