Subsletter Evening (6/17): Can the 'seal' of the presidential records be unlocked?

News summary on the way home from work, Subsletter Evening. "It is North Korea" → "No evidence was found" . In 2020, the judgment of the murder of a public official in the West Sea has been reversed 180 degrees. 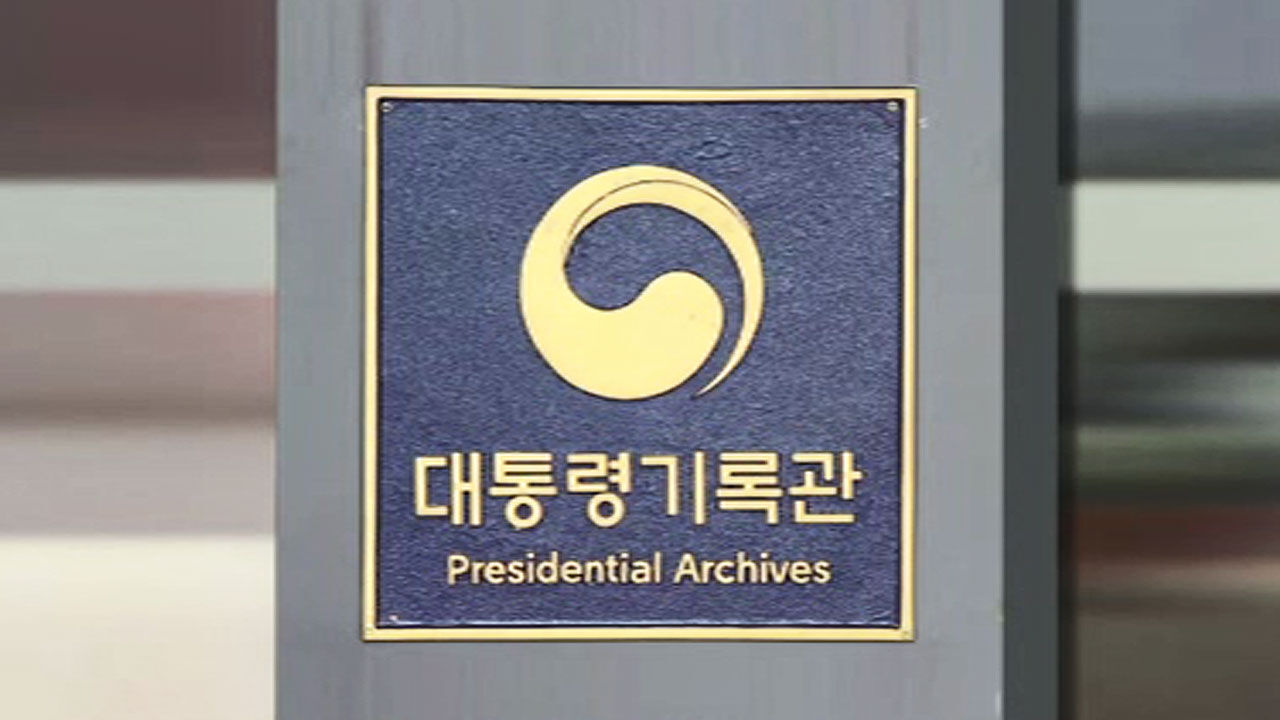 In 2020, the judgment of the murder of a public official in the West Sea has been reversed 180 degrees.

With the change of government, judgment has also changed, and the Blue House data that will provide a clue to the truth are 'sealed' as presidential records.

Will this seal be broken and the truth will be revealed?

President Yoon received a question from reporters on the way to work today about the murder of a public official in the West Sea, and in particular, there was a question about whether additional measures would be taken to secure data that was 'sealed' as a presidential record.

In response, President Yoon replied, "It is not a matter I will be directly involved in," but "The (surviving family) will also take legal action to confirm the truth. Wouldn't it go further?" I said several times.

Regarding the criticisms of 'national self-harm' and 'wildly misleading facts', some of the Democratic Party criticized the political interpretation, saying, "Whenever something comes up, I interpret the problem with such political power." Didn't you meet the bereaved family saying that you would not feel injustice if that happens? And (the family's side) said that it is not right for the government to keep appealing the information disclosure (claiming lawsuit), so the appeal was stopped, and follow-up measures were taken."

◇ Reporter: Are there any additional measures to secure key data that are 'sealed' as presidential records?

◆ President Yoon: It is not a matter that I will be directly involved in, so I think it will be further developed.

I'm not sure exactly what the details are.

But maybe it won't go any further, so let's wait a little longer.

◇ Reporter: Some say that the opposition lawmaker is a national self-harm and cleverly misrepresents the facts, and sees it as a sign of a conflict between the old and the new with the Moon Jae-in government.

◆ President Yoon: Whenever something comes up, I always look at and interpret the problem with such political power, and even during the election, I said that I would make sure that there would be no injustice if I became president, and I also met the bereaved family.

Then (the bereaved family) stopped appealing because the government said it was not appropriate to keep appealing the information disclosure (claiming lawsuit).

It is a follow-up action that follows, and it will be further progressed in the future.

(Survived family) In order to confirm the truth further, the person concerned will not take any legal action.

Depending on that, it will go a little further.

An official from the presidential office explained, "There are two main ways to watch the next procedure." The prosecutor's re-investigation at the request of the bereaved family, and the Seoul High Court's request for a warrant during the prosecution's re-investigation process. .

The data held by the Blue House of the Moon Jae-in government in relation to this case was designated as a presidential document upon the expiration of his term and sealed for 15 years.

This can be seen only when 1) a two-thirds majority of the members of the National Assembly approve or 2) a warrant from the head of the competent high court is presented.

Now, because the topography of the National Assembly is female and female, requirement 1) is not realistically possible.

The president's office spokesperson is the rest of the way, but I'll look into this a little more.

A warrant must be obtained from the head of the high court having jurisdiction over this case.

As the first step, the criminal case of the investigative agency should begin. Lee Rae-jin, the older brother of the deceased public official, held a press conference today and said, "To find out whether the announcement that the Ministry of National Defense and Coast Guard were shot while trying to defect to North Korea was in accordance with the instructions of former Security Chief Suh Hoon. We plan to file a accusation against former Chief of Staff for obstructing the execution of official duties,” he said.

In fact, in the course of the prosecution's investigation into the alleged destruction of the minutes of the 2013 inter-Korean summit, a warrant issued by the chief of the Seoul High Court was issued and the presidential records were perused.

Presumably, President Yoon seems to have in mind reading the presidential records during the investigation process like this.

Even if it is revealed, there may be no clue

Even if the Moon Jae-in government's Blue House data is released after twists and turns, it's unclear whether there will be any secrets in it.

There may be no data that can help to find out the truth of the incident, such as the circumstances of North Korea.

That is what the current presidential office is concerned about. It is highly likely that the very sensitive information was reported orally rather than in writing even within the Blue House, and that some documents may have already been discarded or lost.

If it remains in each ministry, it will be possible to grasp the direction of the response of the Blue House at the time based on this.

Woo Sang-ho "I have no intention of cooperating with reading"

In the passport, it was thought that it was impossible to read the presidential records with the approval of more than two-thirds of the members of the National Assembly, but the position of the Democratic Party of 'refusal to cooperate with reading' is certain.

I have no intention of cooperating (in reading presidential records).

As a member of the ruling party at the time, I was reported in detail.

Among the intelligence agencies, those who reported with wiretapping or SI (Special Handling Information) data that could be presumed to have defected to North Korea reported that it was North Korea, and those who did not have those data reported that 'we have no evidence of (North Korea)' did it

(..) How to judge it is a matter of intelligence judgment, a matter of politics and ideology?

Chairman Woo also refuted the allegation that the Moon Jae-in administration voluntarily drove him to North Korea because he was noticing North Korea.

He added, "I didn't notice North Korea, but it was something that subdued North Korea."

At that time, the Moon Jae-in government very strongly protested against the sacrifice of our people, and it was unusual for North Korea to even apologize to Chairman Kim Jong-un.

It is probably the first time that the North Korean authorities have sent such an official and unusual notice of apology.

This is a case in which North Korea's supreme leader acknowledged that they innocently sacrificed our people. Rather, they did not take notice of North Korea, but rather subdued it.

Does it matter whether he had a North Korean doctor or not?

Our people were sacrificed by North Korean soldiers, and they protested and received an apology.

Isn't that the end of the case?

A passport aimed at the Moon government...

After linking Chairman Woo’s article to the SNS, he wrote, “Please do the same about the North Korean felony work in the same way that he always insisted on finding the truth in the 5/18 and Sewol ferry disasters according to the victim and bereaved family centricism.”

If you look at this article, you can also see that the murder of a public official in the West Sea was defined as a case of the Moon Jae-in government's 'work in North Korea'.

Isn't the Democratic Party's clichéd motto to find out the truth?

In the case of the 5.18 or the Sewol Ferry disaster, please do the same for the North Korean spying case as you have always strongly insisted on finding the truth in accordance with the victim/bereaved family centricism.

The People's Power House Countermeasures Meeting also became a place for the Moon Jae-in administration to be reconsidered, and Rep. Kim Seok-gi and Shin Won-sik, who were appointed as secretaries of the Foreign and National Defense Commission in the second half of the year, also attended and joined the beating of the Democratic Party.

Rep. Kim said, "Starting with the government announcement yesterday (16th), the facts related to this case hidden by the Moon Jae-in government must be revealed. I urge a full-scale investigation into all officials, including former President Moon Jae-in." It was mentioned so far.

Rep. Shin asked the Democratic Party to cooperate with the perusal of the presidential records, saying, "If you are even a little bit interested in the constitutional value of protecting the people and are aware of your duty, please agree to the management (reading) of the records in order to terminate the relationship."

After the meeting, floor leader Kwon Seong-dong met with reporters and said, "I will form a task force to find out the truth about the shooting of a public official in the West Sea. (TF) We announced the organization policy.

The People's Power is stating that the Moon Jae-in administration's response is 'exploiting North Korea', and is clamoring to reveal the whole process.

However, if the seal of the presidential records is not lifted, there is a high probability that only political battles will erupt without clarification of the truth.

In particular, the power of the people is launching a wave of waves by even mentioning the investigation of former President Moon Jae-in, and as President Yoon said, "Will it go a little further?"

This is a scene of protesters setting fire to a train in the Indian state of Telangana against the government's plan to revise the recruitment system.

The Ministry of National Defense of India announced a plan to recruit 46,000 men and women aged 17 to 21 years old and serve them for four years and then convert only 25% of them to long-term service.