Kwon Seong-dong, "Inauguration with the greatest bomb ever... Unable to overcome without regulatory reform" 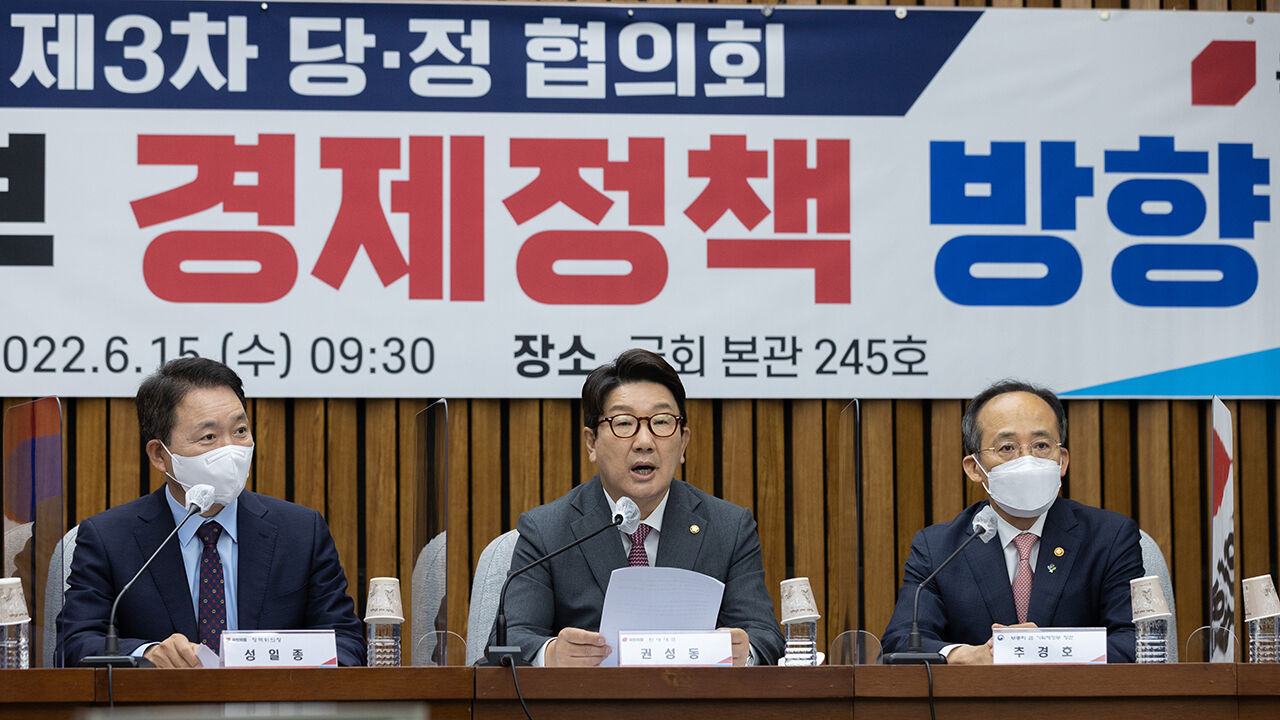 At a party/government meeting related to the 'economic policy direction of the new government' held at the National Assembly, floor leader Kwon said, "The new government, such as the establishment of a regulatory innovation strategy meeting directly presided over by the president, and the formation of an economic regulation innovation task force, centered on Deputy Prime Minister Choo Kyung-ho. I think the will of the people has been fully conveyed to the people,” he said.

He also emphasized, "The National Assembly's proposal of a law to regulate the stalk of bamboo by riding only on public opinion and popularity also played a part," he said.

Floor Leader Kwon added, "The president must personally take care of the results of regulatory innovation throughout his tenure," adding that "the party will also actively cooperate."

He also said, "We will review measures to analyze the impact of regulations on our own when legislators are enacting legislation," he said.

In particular, "Electricity due to the insistence on denuclearization,

He also said, "There was no preparation for a predictable crisis situation such as a sharp rise in raw material prices."

Kwon said, "Even if the Yun Seok-yeol government was launched with the biggest bomb ever, it cannot be blamed on the past government or the global economic crisis. We need to come forward with determination to restore the economy for the people's livelihood," he said.