It's happening now: Three steps to a new budget may be in place

Small technicalities, an even distribution of seats and proposals for proposals upon proposals. What about more money for pensioners and the budget? SVT guides you to what is happening now. 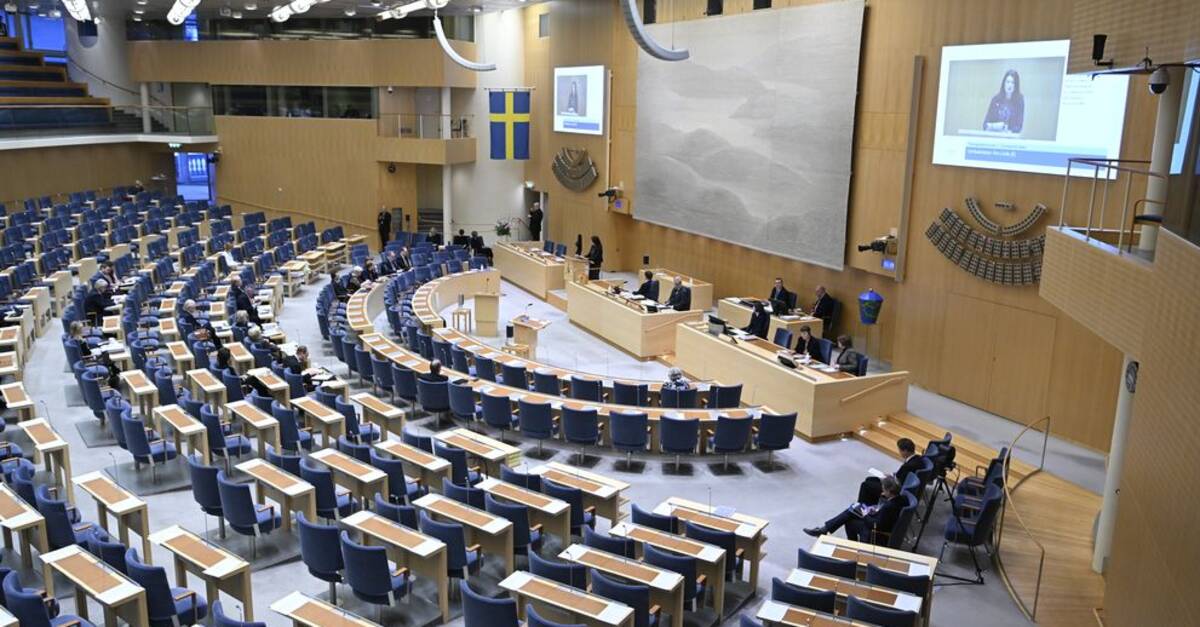 S does not vote for its own spring change budget

On Wednesday, the Riksdag will vote on the spring amendment budget and here are two proposals regarding pensions on the table:

On the one hand, the original proposal that the government agreed with the Left Party on and which entails an increased guarantee supplement.

That proposal is not supported by the Center Party, which means that it does not reach a majority.

On the other hand, the counter-proposal made by M, KD, SD and L, which entails, among other things, an increased guarantee pension and tax cuts.

On Monday, the Social Democrat government, the Green Party, the Left Party and the Center Party agreed on a joint compromise proposal regarding pensions.

That proposal would have a majority in the Riksdag but was stopped in the Finance Committee where the opposition parties have a so-called false majority, ie a distribution of members that does not reflect the conditions in the Riksdag.

The proposal will not be taken up for decision on Wednesday.

To avoid the original proposal being voted down, the Social Democrats have announced that they will not vote on their own spring amendment budget.

Instead, they demand a rejection of the right-wing opposition's counter-proposal.

If a majority of the members of the Riksdag follow suit, this means that there will be no budget decision this week.

The government is imposing an extra amending budget

Minister of Finance Mikael Damberg and the chairman of the Finance Committee, Åsa Westlund, have announced that the government will present an extra amending budget on Friday, which will also include the compromise proposal on pensions that has been agreed with MP, V and C.

The Center Party's party leader Annie Lööf has announced on Twitter that the party will support the government's extra amending budget.

The government hopes that the Riksdag can take a position on the extra amending budget next week.

However, this presupposes a shortened time for preparing the proposal in the Riksdag.

Representatives of the opposition have said that they see no reason to put sticks in the wheels for this.

The Riksdag will take a break from work during the summer, but if the preparation of the new amending budget were to be delayed for any reason, the Speaker has the right to recall the members for a vote.

An extra amending budget would be supported by S, MP, V and C - ie the same parties that agreed on the pension compromise.

For the budget to go through, a simple majority is required.

S, MP, V and C together collect exactly 175 votes, which means that the extra amending budget would then go through.